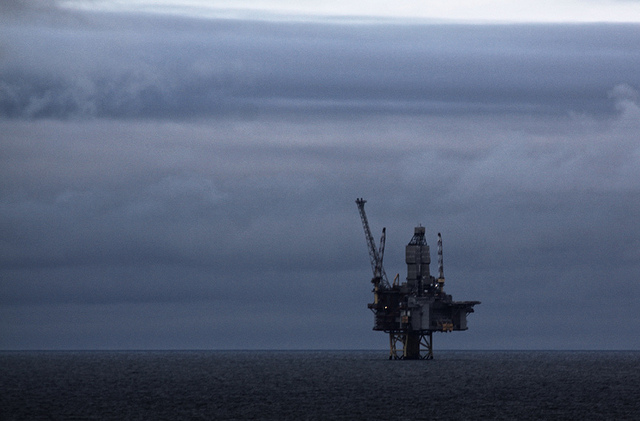 Tories aren’t fulfilling promises made to the oil and gas industries, say SNP

THE SNP HAS MADE A SERIES OF DEMANDS to the UK Treasury, calling for further action to secure and support the North Sea oil and gas sector and expressing its dissatisfaction with measures announced in the autumn budget.

Responding to both political and industry pressure, Chancellor of the Exchequer Philip Hammond last week confirmed that North Sea firms would be able to transfer tax credits from November of 2018 in the hope of prolonging production and attracting investment from smaller firms.

However, the SNP argued on Sunday that the UK Government’s efforts towards tax reform in the oil and gas sector were moving at a “glacial pace”, arguing that the measures announced in the most recent budget were “long overdue”.

The SNP are now calling on the Treasury to introduce incentives for new exploration, action to help firms diversify into renewables, loan guarantees for critical infrastructure that were previous promised by the UK Government, investment towards decommissioning and measures to unlock ‘small pool’ accumulations, i.e. fields which do not currently meet the economic requirements for investment, but may become viable through new technology and cost-cutting efforts.

“There was nothing in the Budget on how we’re going to boost exploration and develop new prospects in the North Sea.” SNP MSP Gillian Martin

Gillian Martin, SNP MSP for Aberdeenshire East, said: “We’ve waited and waited for the Tories to notice the impact of the downturn in the oil and gas industry and, after years of inaction, they’ve finally done something about it.

“Better late than never certainly, and we welcome the changes announced by the chancellor insofar as they go.

“Remarkably the Tories aren’t even fulfilling the promises made to the oil and gas sector in previous Budgets.” SNP MSP Gillian Martin

“However, they are only one piece of the jigsaw – and fall well short of what’s needed.”

“And there wasn’t so much as a nod towards the SNP’s plans to future-proof the industry against future downturns by encouraging more companies to diversify into renewables.

“Remarkably the Tories aren’t even fulfilling the promises made to the oil and gas sector in previous Budgets. That’s why it’s vital that we keep the pressure on them to deliver.”

A UK Treasury spokesperson commented: “We have a strong record when it comes to bolstering Scotland’s oil and gas industry and safeguarding the 300,000 jobs this vital sector supports.

“At Budget we introduced a new transferable tax history which will boost future investment in the industry, ensuring Britain benefits from its remaining reserves.”

“If the Chancellor was serious about supporting workers currently dependent on the North Sea, he’d be planning to ensure that the transition to the new low carbon economy was inclusive.” Friends of the Earth Scotland director Dr Richard Dixon

Despite being welcomed by the SNP, the autumn budget measures relating to the oil and gas sector were widely criticised by Scottish environmentalist groups. Friends of the Earth Scotland director Dr Richard Dixon argued last week: “The tax break for sales of oil fields is another subsidy aimed at extending the life of North Sea oil and gas production and will increase our climate emissions at a time when we need to rapidly moving away from fossil fuels.

“If the Chancellor was serious about supporting workers currently dependent on the North Sea, he’d be planning to ensure that the transition to the new low carbon economy was inclusive of these people and their communities.”