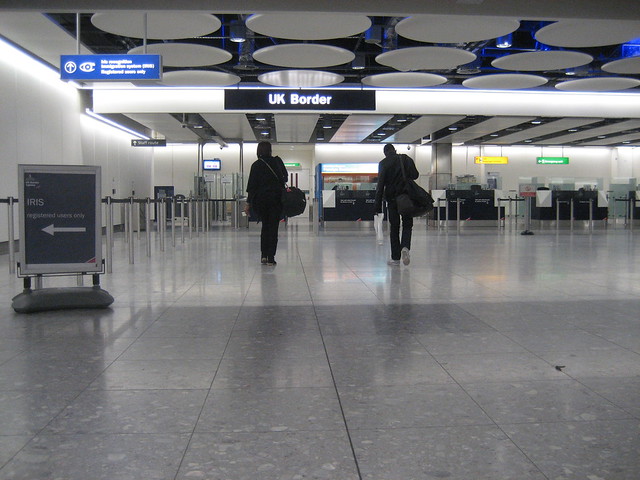 New analysis based on EU projections suggest that if Scotland matched the population growth of the Nordic countries, its population would be 500,000 higher by 2040

THE SNP has reiterated its call for the devolution of powers over immigration policy, following new analysis which projects Scotland’s population growth over the coming decades as significantly lower than that other small northern European nations.

According to the new figures – which have been compiled by the Scottish Parliament Information Centre (SPICe) and based on EU projections – the population of Scotland would be 500,000 higher by 2040 if its population growth matched that of the Nordic countries and Ireland.

At present, Scotland’s population is expected to grow by just 4.4 per cent by 2040 – significantly lower than the projected growth rates for the Republic of Ireland, Denmark, Iceland, Norway and Sweden.

The EU projections upon which the research is based are put together based on three demographic factors – births, deaths and migratory flows – and found that among the EU-28 countries, “net inward migration will be positive over the entire period, and will be the main contributing factor to the overall change in population numbers up until 2040, when net inward migration will be much higher than the natural population decrease.”

Commenting on the new analysis, SNP MSP Linda Fabiani said: “Scotland urgently needs to grow our population – or we face a demographic timebomb over coming decades that could make it seriously challenging to fund public services like the NHS.

“But the Tories – who created a self-proclaimed ‘hostile environment’ for migrants and now want to throw up more barriers by leaving the EU – are taking entirely the wrong approach.

READ MORE: Phil Nash: Why the Home Office’s tightening of ‘good character’ criteria could lead to sinister outcomes for immigrants

“It is increasingly obvious that Scotland needs our own powers over migration and the means to grow our population.

“But there are bigger questions about why Scotland’s population growth has lagged behind other countries for decades – and why we’re set to fare so poorly compared to our closest neighbours in coming years.

“What an enormous contrast with Ireland, whose population is set to catch up with Scotland’s in just over two decades despite a long legacy of emigration.

“Independence will give Scotland the power to take decisions in our own interests – to grow our population, give young people opportunities for a better life and reject the failed approach of the Tories.”

The Sustainable Growth Commission had previously found that, if Scotland had matched the population growth of other comparable European countries since 1980, there would be 6.1 million people living in Scotland – 650,000 more than the current population.

In 2018, Holyrood’s Finance & Constitution Committee warned that there was strong evidence of a demographic risk to the future size of the Scottish budget, which would in turn potentially impact Scottish public spending.

“Independence will give Scotland the power to take decisions in our own interests – to grow our population, give young people opportunities for a better life and reject the failed approach of the Tories.” SNP MSP Linda Fabiani

Commenting at the time, committee convener Bruce Crawford MSP noted: “The bad news is that while our ageing population is not new, it is set to accelerate from 2021, and this is happening faster than rest of the UK. In the longer term, all future Scottish Governments will need to respond to the pressures this creates.”

Similar concerns were voiced by Cabinet Secretary for Culture, Tourism and External Affairs Fiona Hyslop in June, after the latest statistics from the National Records of Scotland (NRS) revealed that the number of babies being born in Scotland is at its lowest point for 17 years.

Speaking at the time, Hyslop stated: “We need to grow our population to ensure we have sustainable, vibrant and resilient communities and drive improvements in inclusive growth. While there can be many drivers for growth, as things stand all of Scotland’s population growth over the next 25 years – including our working age population – is projected to come from migration.

READ MORE: Scottish Parliament hears calls for more to be done to protect the vulnerable from Home Office immigration law

“Against the backdrop of increasingly inward-looking immigration policies being imposed by the UK Government, it is now imperative for Scotland to have the powers to develop a tailor made migration policy that enables our businesses, communities and public services to thrive.”

Also in June, Graeme Roy, director of the University of Strathclyde’s Fraser of Allander Institute, warned: “Should Brexit make migration to Scotland more difficult, or less attractive, then this could have serious implications for key sectors and the economy at large.”

Concerns over the effect of UK immigration policy upon Scotland have become particularly pronounced following Conservative leadership candidate Boris Johnson’s vow to push for the introduction of an Australian-style points-based immigration system, pledging to be open to highly-skilled migrants by tougher on those who “abused” the UK’s “hospitality.”

Commenting recently, First Minister Nicola Sturgeon also warned of the potential impact of the end of free movement as a result of Brexit, saying: “Scotland’s demographics are different to the rest of the UK’s.