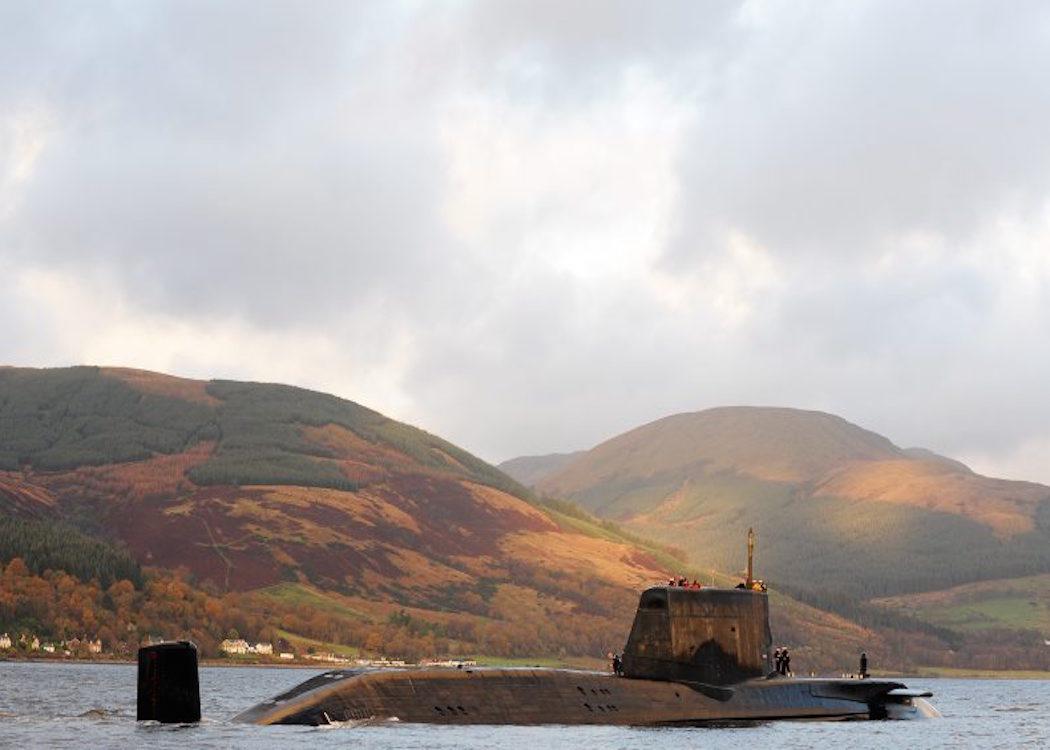 Just as Labour leader Jeremy Corbyn attempts to pull his party together, the SNP has scheduled a vote on Trident that could cause a massive rebellion among Labour MPs

MPs MAY soon be debating Trident once again after the SNP put forward a Commons motion on scrapping the nuclear weapons system.

Scheduled for next week, the motion would disrupt Labour leader Jeremy Corbyn’s attempts to forge unity in his party over both Trident renewal and Syrian airstrikes. A party review on the Trident position will not conclude in time for the proposed vote.

In January this year an SNP-Plaid Cymru motion to scrap Trident was defeated by 364 votes to 37 in the House of Commons. Only 19 Labour MPs voted against renewal; the then-leader Ed Miliband did not attend.

Now however, the Labour party is headed by a staunch opponent of Trident and vice-president of the Campaign for Nuclear Disarmament (CND).

Centrist and right-wing Labour MPs are increasingly uncomfortable with his leadership, with former Home Secretary Lord Blunkett airing his criticisms of Corbyn on the BBC’s ‘Today’ programme. The Blairite peer urged the shadow cabinet to challenge the party leader over military intervention in Syria, and said Corbyn “has a lot to learn”.

The Trident motion will come at just the wrong time for Corbyn, as he attempts to unite a fractured Labour party and forge consensus on the issue. The vote could prompt a considerable rebellion against Corbyn’s leadership, as the majority of Labour MPs are pro-Trident.

A free vote on military intervention has been ruled out by Corbyn, but it is not yet known how Labour MPs will be instructed if Trident renewal is debated.

Several anti-Trident votes in January came from Scottish Labour MPs who lost their seats to the SNP in May. These included Mark Lazarowicz, Katy Clark, Ian Davidson and Michael Connarty.

Asked what the Labour party position on Trident nuclear missiles currently is, Corbyn said “The party’s position is under review. It’s not avoiding the issue.”

He added that the “real decision” would be taken when parliament votes next year to approve the ‘main gate’ stage of the Trident renewal process, expected to take place in 2016.

Labour’s defence review has already been marred by the appointment of former London mayor Ken Livingstone after he told the Daily Mirror that junior defence minister Kevan Jones was “depressed and disturbed”.

Jones had questioned Livingstone’s knowledge of defence matters, and it later emerged that Jones actually does suffer from depression. At Corbyn’s request, Livingstone subsequently apologised “unreservedly”.

The renewal of the Trident nuclear weapons is estimated to cost PS140bn; a figure revealed recently after new Ministry of Defence figures came to light. There is currently a tug of war between government departments over the contract, as the Treasury seeks to wrest control of the process from the MoD.