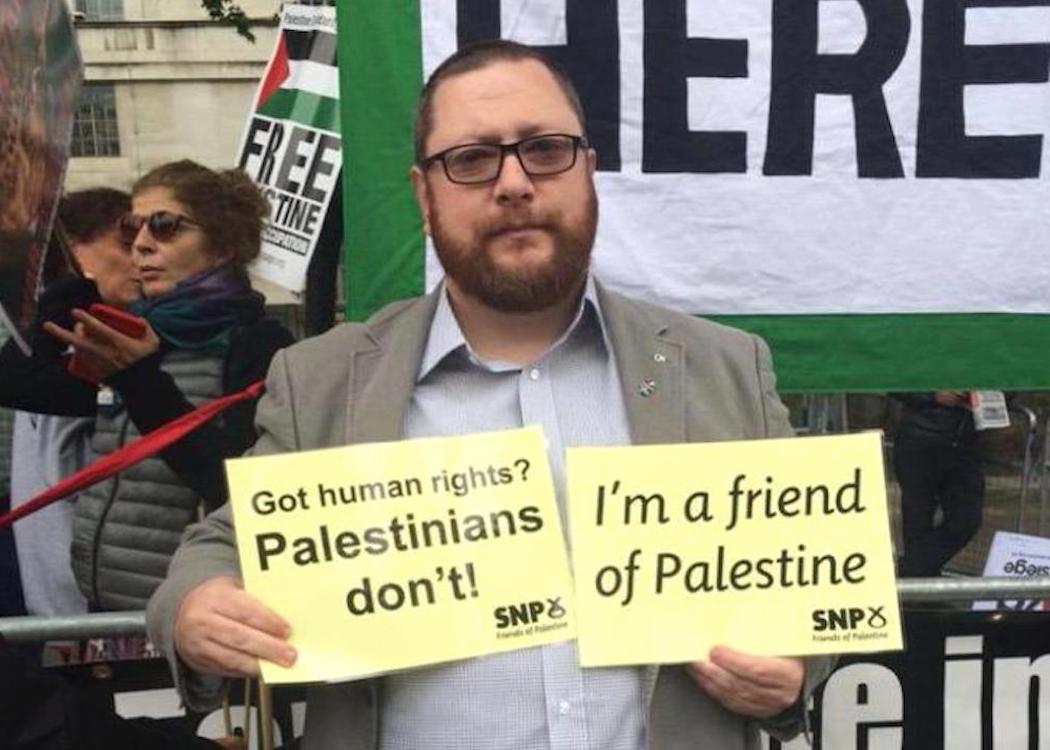 THE CONVENER of SNP Friends of Palestine, Andy Murray, was arrested and then deported from Israel upon his arrival as part of a humanitarian trip to the occupied Palestinian territories.

Murray was part of a parliamentary delegation attempting to visit Palestine alongside a non-governmental organisation which aims to provide healthcare support to those cut off from economic and aid support.

SNP Friends of Palestine, established less than a year ago, has built up support from a majority of the party’s MPs .

Murray, who was arrested upon his arrival in Israel on Monday 9 November, is only now returning to Scotland by airplane.

Access to Palestine is tightly restricted by the Israeli army and border forces, with political and media delegations subject to close monitoring and control.

SNP Friends of Palestine, commenting on the incident, said: “Our convener, Andy Murray, was arrested yesterday by the Israeli army after disembarking from his plane in Israel while accompanying a parliamentary delegation visiting Palestine and was held in a detention centre since 11:30am on Monday (9/11/15).

“He was served with a deportation order and banned from returning for 10 years, despite posing no risk and being in the region with an Non-Governmental Organisation who works to provide basic healthcare for Palestinians.

“He is now in the process of being deported and should arrive back in Scotland within the next day. We will post a full account of his experience once he has safely returned to us.”

Campaigners in Scotland have pushed for greater action from the UK Government and the United Nations to support a peace settlement in the Middle East between Palestine and Israel.

The August 2013 bombing of Gaza by Israel resulted in the deaths of 1,903 Palestinians, including 450 children.

The Scottish Government called for an arms embargo to be placed on Israel as a result.

Last month the Scottish Greens called for a Boycott, Divestment and Sanctions (BDS) policy against the Israeli government until the occupation of Palestine ended.

Support for BDS was debated at SNP conference with a party fringe event showing its near unanimous approval for the policy.

Mass protests are currently taking place in East Jerusalem and the West Bank Palestinian territory, an uprising described as ‘the third Intifada’.

Picture courtesy of Friends of Palestine