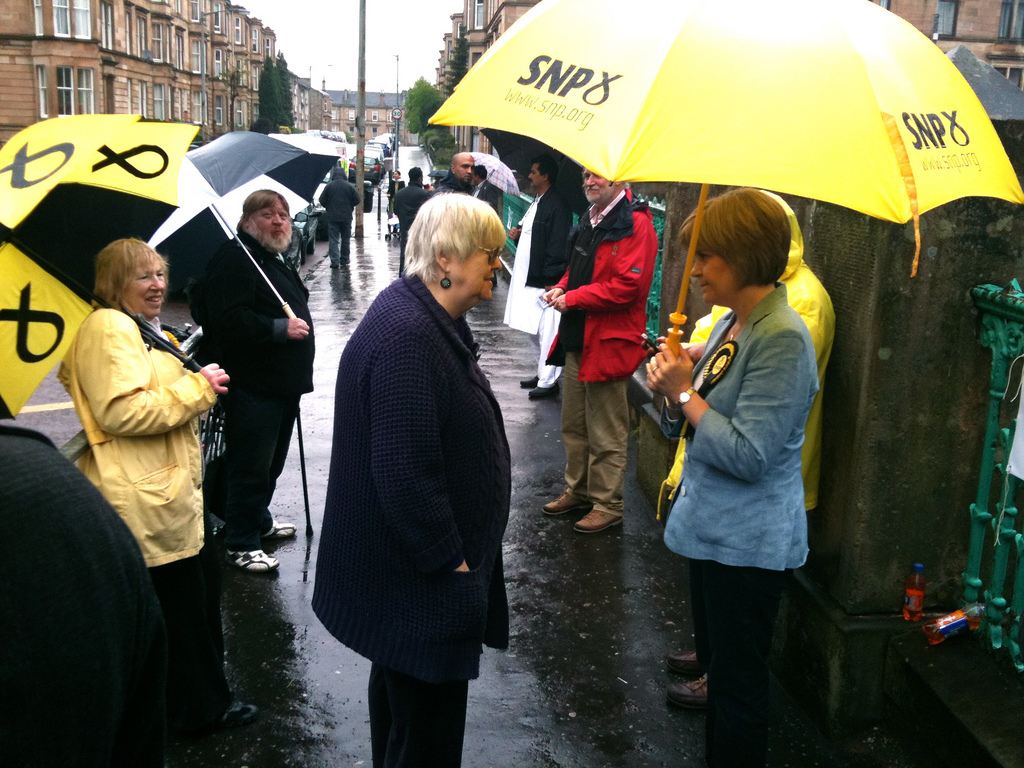 SNP BRANCHES will take the party’s new ‘listening exercise’ to doorstops across the country in the next few weeks, as members welcomed the plan to engage the public on the country’s constitutional future.

The SNP’s members – now at over 124,000 – will be crucial to the success or failure of the initiative, as they have been tasked with being the activists who reach out to voters across the country. The party leadership hopes each member, on average, will persuade five others a month to complete the survey.

CommonSpace contacted a range of SNP members across the country, a majority of whom backed the plan and said they would be using the survey in local campaigning efforts.

Councillor Jim Paterson, Paisley, said: “I like many other SNP members today will be enthused by the announcement of survey2016 and think what Nicola Sturgeon said about listening before talking is an essential step in increasing support for Scottish independence.

“I have not yet spoken to the local branch about plans for any events but I am sure at the next meeting it will be discussed and a series of activities will be agreed for the coming weeks.”

The nature of any second independence campaign depends on whether the Tory Government plans to exit the European single market, and the timing of the Brexit negotiations. Both of these positions are currently uncertain.

Sophie Thomson, another SNP supporter in Glasgow, added: “I think it's a great idea due to the massive sway in support towards independence post 'Brexit' vote . Also I do believe it is essential to get a real idea of the feeling around Scotland in order to make judgement on a second independence referendum.”

Angus MacLeod, who is standing to be the party’s national secretary at its October conference, said: “I think the National Survey is a timely intervention that will motivate more members to get out and start talking to undecideds about independence again.

“It will also improve our understanding of how Scottish opinion is shifting following the Brexit vote. Good data is key for any campaigning organisation so the more we listen to people at an early stage, the more effective we will be in addressing their concerns going forward.”

CommonSpace was also informed of meetings and campaign events in Aberdeen, Largs, Edinburgh, Scone, Kinrossshire, and several canvass events in Glasgow surrounding the survey in the coming week.

However, a few members expressed concern that the survey was too “generic” or is unlikely to reach those uncertain about independence.

The survey is the latest response from the SNP to the uncertainty of Brexit – an event Sturgeon said made a second independence referendum “highly likely”.

However, the nature of any second campaign depends on whether the Tory Government plans to exit the European single market, and the timing of the Brexit negotiations. Both of these positions are currently uncertain.

Last week Sturgeon argued that “seismic changes” since 2014, including the Tory re-election, the economic threats from the Brexit vote, and the unelectable state of the Labour Party, meant independence should be reconsidered.