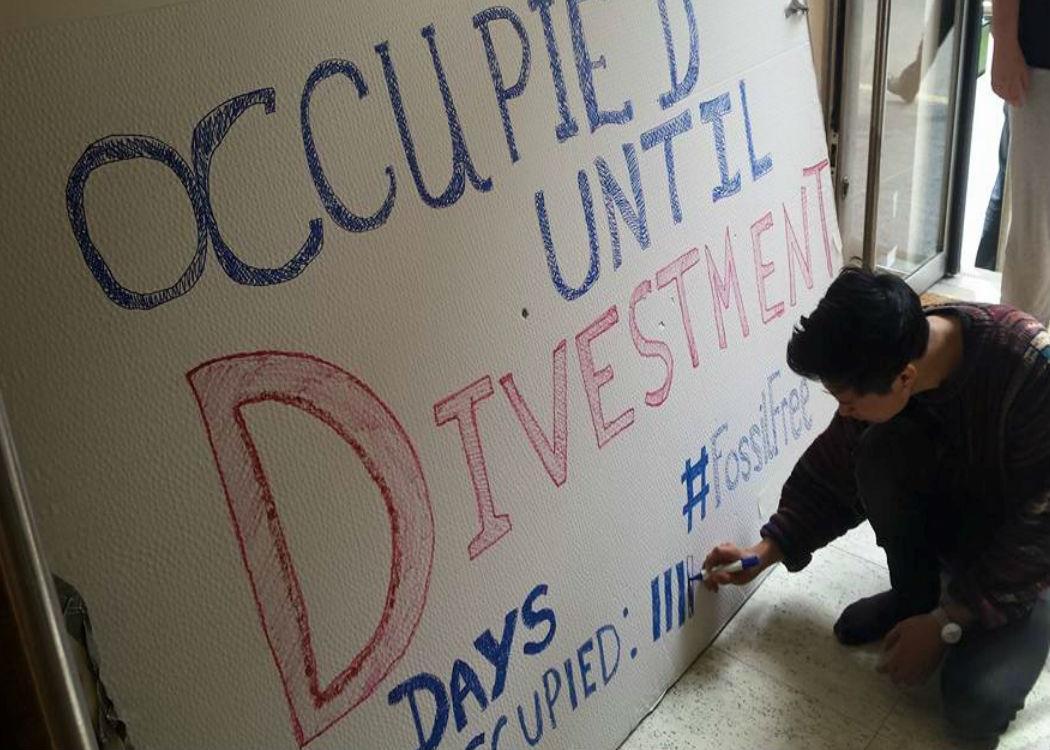 FIRST MINISTER Nicola Sturgeon played down the prospect of divestment from the fossil fuels industry despite criticism that further action is needed to avert climate change chaos.

The North Sea oil industry has faced job cuts following a fall in the crude oil price, which environmentalists argue provides an opportunity to transition the economy aware from polluting sources of energy.

Questioned on whether the government would condemn campaigns to divest from fossil fuels in the Scottish parliament, Sturgeon replied: “I agree that anything that undermines the industry at this time is unhelpful. I am also aware of the report that Murdo Fraser (Tory MSP) refers to. t is helpful and is one of the many things that the cabinet will discuss as we consider how we will continue to give the industry the support that it needs at this time.”

In response, Scottish Green Party co-convener Patrick Harvie said that: “Divestment remains critical for a sustainable future”, adding that, “Greens will continue to champion it.”

The policy of divestment has been a cause for contention on two of Scotland’s main student campuses at the universities of Glasgow and Edinburgh.

Glasgow agreed to divest from fossil fuel companies in its share portfolio in favour of more sustainable alternatives, including renewable energy.

A student occupation in Edinburgh called for a similar policy from university management, which led to a change in its ethical investment policy .

Scientists warn that C02 emmissions are causing a destabilisation of the planet’s climate, leading to erratic weather patterns, rising sea levels, droughts and natural disasters that threaten the future of the life on Earth.