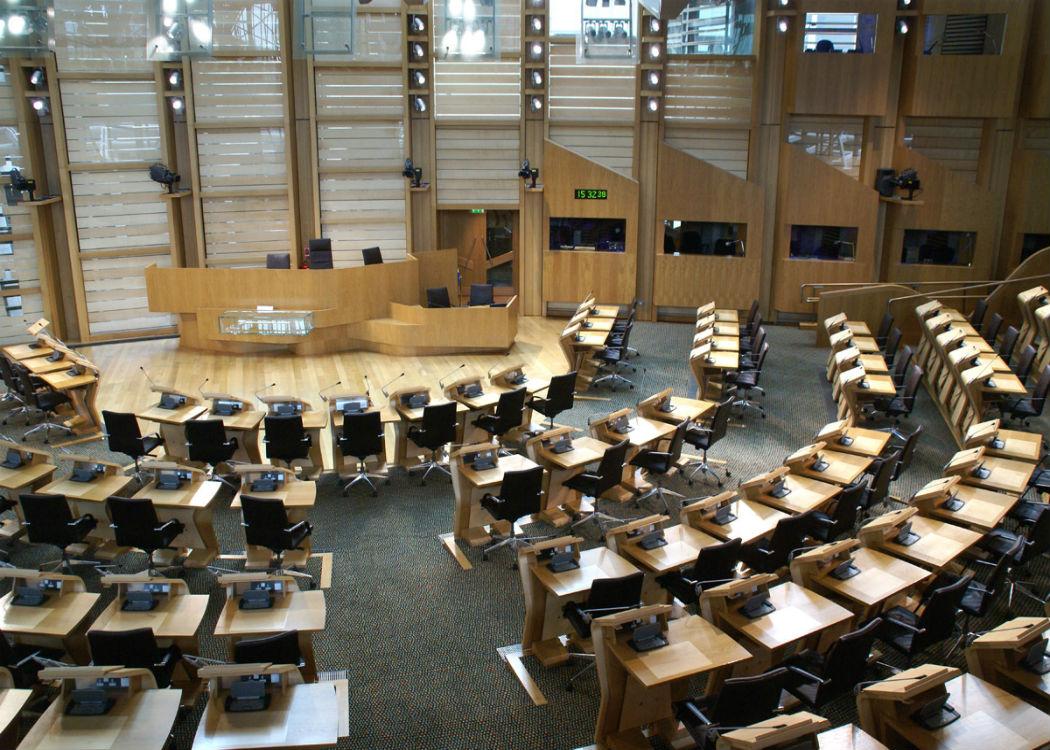 Debate on in-work poverty poorly attended by MSPs, with no Lib-Dem members of parliament represented

A DEBATE led by the Green-Independent contingent of MSPs at the Scottish Parliament on in-work poverty saw its proposal for a PS10 minimum wage by 2020 opposed by Labour, the Tories and the Scottish Government.

Patrick Harvie, Scottish Greens MSP, said he “regretted” the fact that all three amendments sought to delete a PS10 minimum wage by 2020 from the motion, saying that politicians in the Scottish Parliament need to commit to “eradicating” poverty wages.

The debate was poorly attended by MSPs, with less than 20 members in the chamber at its maximum, and no Liberal Democrat MSPs showing up at all.

CommonSpace reported earlier this week (click here to read more) on a new Scottish Government report on poverty, which stated that work was “no longer a guarantee” against poverty, with 43 per cent of people in severe poverty of working age in Scotland having at least one person in the household in employment.

Alison Johnstone, Green MSP, opened the debate by stating that “no one should be expected to work for a wage that keeps them in poverty”.

Johnstone said the Greens policy of a PS10 minimum wage by 2020 would go a long way to ensuring those who work were brought out of poverty, and said that low wages “effectively subsidise employers, many of these employers are multinational companies earning millions for shareholders while their staff are paid poverty wages and kept off the breadline by public money. This is corporate welfare and needs to stop.”

“A maximum wage ratio for companies means that any rise in CEO pay would require a rise for people on the lowest pay. It’s only fair.” Alison Johnstone

Many CEOs are earning 400 times as much as their lowest paid worker, Johnstone said. She added that the Greens proposal was to tie CEOs’ wages to that of the lowest paid worker, a policy known as a wage ratio, reported on by CommonSpace earlier this week (click here to read more).

“A maximum wage ratio for companies means that any rise in CEO pay would require a rise for people on the lowest pay. It’s only fair,” Johnstone claimed.

She said the Greens would also introduce a wealth tax on those who are worth more than PS2.5m and a citizen’s income, which would provide a level of welfare support for everyone, a policy supported by SNP MSP Rob Gibson (click here to read more) in the chamber at the end of last year.

Johnstone criticised the Scottish Government for giving PS2.5m in inducements to Amazon to build a new warehouse in Dunfermline. The company paid just PS4.2m in tax in Britain in 2013, despite selling goods worth PS4.3bn in the UK.

She said the “excuse given by ministers is that Amazon delivers jobs”, but said this was no longer a sufficient answer, as government needs to look beyond jobs figures to what kind of jobs are being made, whether they are paid well and whether they are “sustainable”.

Neil Findlay, shadow fair work, skills and training minister, said low pay and insecure work was “like a cancer in our society”.

The shadow minister said the Scottish Government could “no longer hide on these issues”.

He said the Scottish Government could demand companies holding contracts with the public sector pay the Living Wage, which could help boost the incomes of 50,000 Scottish workers by up to PS2,500 a year.

He also criticised the SNP government for not forcing companies to end zero-hour contracts in the government’s procurement legislation.

In Cunningham’s response, she challenged Findlay’s procurement claim, stating that there was a review currently ongoing of procurement contracts, including on the question of the Living Wage.

However, she said, the European Union procurement rules currently do not allow for the government to demand a Living Wage of companies, but said they were still trying to find ways to make the Living Wage part of procurement negotiations with companies.

Alex Johnstone, Tory MSP, said he “genuinely believes the UK Government has done everything it can to protect the welfare state.”

Johnstone went on to describe the Living Wage as “an impossible dream” for many employers.

Neil Findlay, shadow fair work, skills and training minister, said low pay and insecure work was “like a cancer in our society”.

The Greens’ Patrick Harvie wound up the debate by saying poverty wages did not give people quality of life, citing the example of one person on a zero-hour contract who would sometimes end the week with just PS8 in income, and could be told up to 20 minutes before a shift is due to start that he was not needed.

He said Cunningham had said many positive things, but did not go as far as to say that poverty wages and zero-hour contracts should be eradicated entirely.

The Scottish Greens motion on in-work poverty states: “That the Parliament notes with deep concern that the majority of children and working-age adults in poverty live in working households; believes that in-work poverty has a profoundly damaging impact on Scottish society and its economy; recognises that poverty wages require to be subsidised through the welfare system in order to meet people’s most basic needs; considers that the purpose of social security should be to maintain human wellbeing, not to subsidise cheap labour for the benefit of employers and multinational corporations, and considers that the level of poverty and inequality at work must be addressed by an incoming UK Government with a PS10 minimum wage by 2020, maximum ratios between highest and lowest pay within organisations, a wealth tax on the assets of the top 1% and a move toward a citizens’ income instead of the punitive and humiliating welfare system currently in place.”

The SNP amendment states: “As an amendment to motion S4M-12678 in the name of Patrick Harvie (An End to In-work Poverty), leave out from “with a PS10” to end and insert “; is further concerned regarding the damaging impact that PS6 billion of welfare cuts will have on some of the most vulnerable people in society; recognises the Scottish Government’s commitment to tackling inequalities and promoting fair work practices through its establishment of the Fair Work Convention and the Scottish Business Pledge; believes that the minimum wage has been eroded by the last two UK governments and should be increased in real terms and demands an increase for apprentices to the same as the national minimum wage for under-18s, and calls for a significant increase in the work allowance to help ensure that those in work have a better chance of lifting themselves and their families out of poverty.”