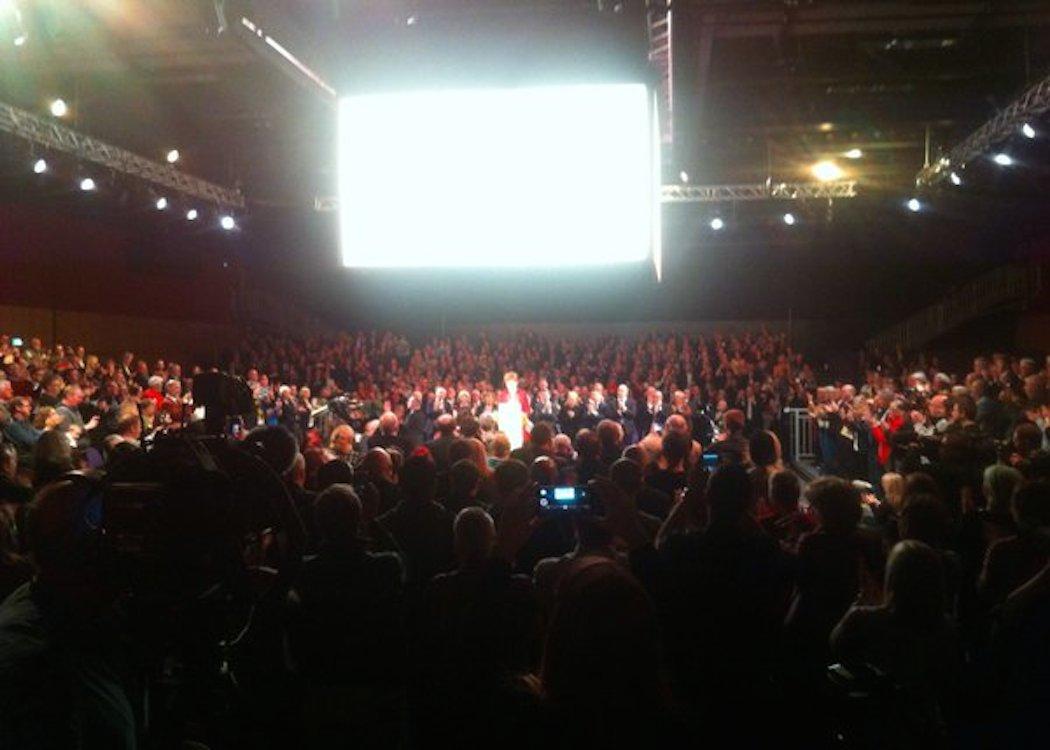 THE SCOTTISH NATIONAL PARTY has launched its election 2016 manifesto pledging to “lift more people out of poverty” if re-elected for a third term to govern Scotland.

Today [Wednesday 20 April] the 30,000 word document revealed the party’s prospectus for government including tax freezes, childcare investment, and a continued commitment to independence.

The SNP, expected to sweep the board on Scottish constituency elections, also delivered a message to pro-independence campaigners considering giving their list votes to the Scottish Green or Rise, describing such votes as playing a “game of chance”.

On big campaigning issues among the public, Sturgeon told CommonSpace that she was committed to action on land reform, fracking and rent controls, where party activists want further action.

On big campaigning issues among the public, Sturgeon told CommonSpace that she was committed to action on land reform, fracking and rent controls, where party activists want further action.

Sturgeon pointed to the recent Private Housing (Tenancies) Bill as meeting the party’s new commitment to a “national system of rent controls” – although the Bill doesn’t include the national rent controls system party activists have been calling for.

The manifesto itself also stated that “tackling poverty and inequalities requires action” and focused on specific areas, such as education access and exam results, rather than overall wealth or income inequality.

Scottish Government commentary states : “There has been very little change in this measure of income inequality since 1998/99.”

However, the SNP hope that economic proposals which seek to empower communities around land, energy and housing will provide new support to those struggling over a likely decade of Tory austerity.

The party hopes that new social security measures will help to shield families – where one in five children currently grow up in poverty – from the brunt of welfare cuts.