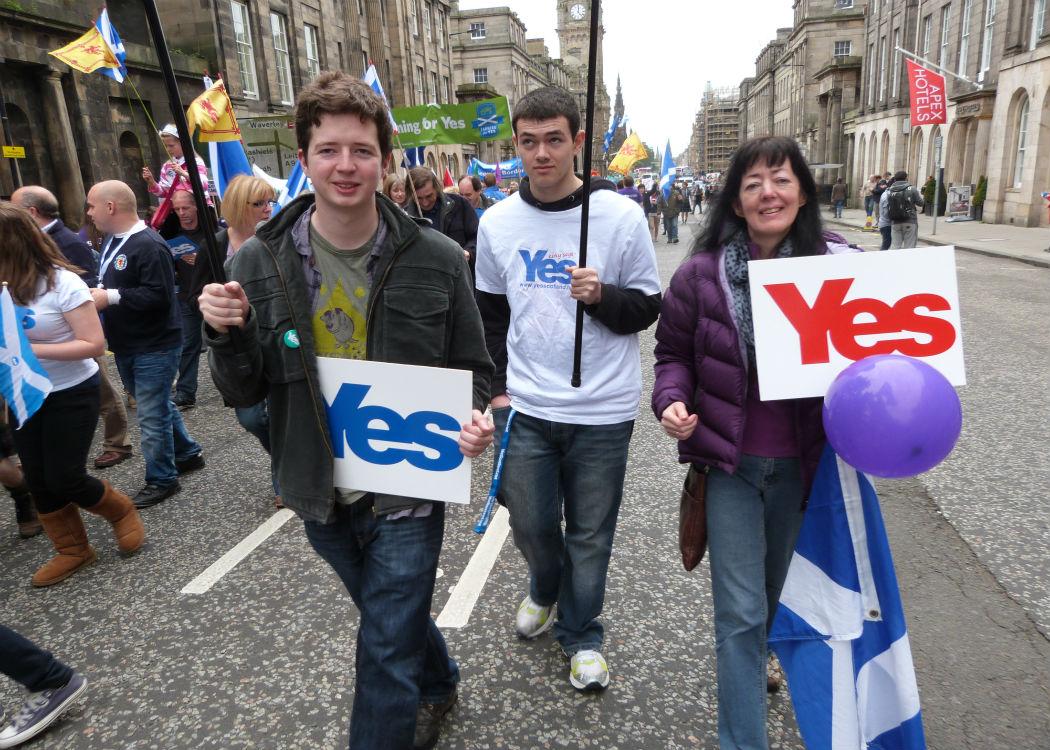 THE SNP has confirmed that there will be no commitment to a second independence referendum in its forthcoming manifesto for the 2016 Scottish elections.

First Minister Nicola Sturgeon has confirmed to the Herald that the manifesto, published this Wednesday (20 April), would instead include circumstances under which the SNP might call a second referendum, including if there was “clear and sustained evidence” that a majority of Scots support independence.

The document is also expected to propose that a second referendum could be appropriate if there was a significant material change in Scotland’s circumstances, such as an out vote in the UK’s forthcoming referendum on EU membership.

The concept of a referendum that is conditional on material factors is controversial among some independence campaigners.

On Sunday the Herald published comments from respected psephologist and academic Proffesor John Curtice, who argued that pro-independence voters may choose to vote for different pro-independence forces in the constituency and regional list seats.

He said: “Nationalist supporters might be wise on the second ballot to vote tactically for a different party, such as the Greens or the left-wing RISE grouping, both of which also support independence.

“That way their vote might contribute to the election of another independence-supporting MSP rather than apparently be wasted, though this is not a strategy without risks.”

The concept of a referendum that is conditional on material factors is controversial among some independence campaigners.

Former SNP deputy leader and veteran pro-idependence politician Jim Sillars has previously warned that the lack of an explicit commitment to a second referendum in the 2016 manifesto would mean the Scottish Government would lack the authority to call a referendum under any circumstances.

In February several leading figures from the 2014 independence referendum said they were in talks to create a new pro-independence campaign , fearing that the lack of an SNP commitment to another referendum over the next four years would see the movement languish.

In August 2015 CommonSpace revealed that no discussion of either the first or a possible second independence referendum would be discussed at the SNP’s October national conference.