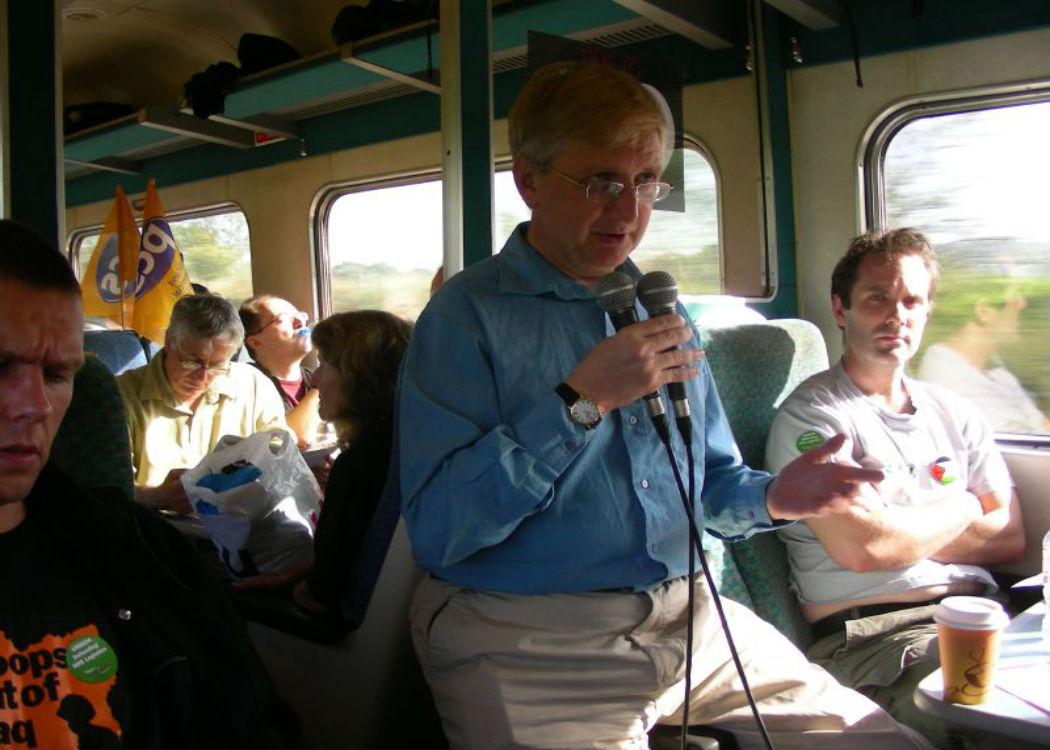 Murray: “Previously the principle of democratic centralism has only been associated in UK politics with fringe Marxist parties”

NEW proposals to be put to the SNP’s spring conference on its party whip system at Westminster have been criticised by a high-profile party member as “Stalinism” because they restrict the right of MPs to criticise party decisions at Westminster.

The new proposals, leaked to Buzzfeed, are being proposed by SNP Westminster leader Angus Robertson, and state that MPs must “accept that no member shall within, or outwith the parliament, publicly criticise a group decision, policy or another member of the group”.

Craig Murray, human rights campaigner and former UK ambassador to Uzbekistan who was rejected as a potential SNP candidate in the forthcoming General Election on the grounds that he showed “lack of a commitment to party discipline”, said he would be seeking to speak against the proposal at the conference.

“Previously the principle of democratic centralism has only been associated in UK politics with fringe Marxist parties,” Murray said. “I find this unabashed adoption of Stalinism somewhat worrying.”

The SNP currently has six MPs, and is widely expected to significantly increase that number at the General Election in May.

Under the new proposals, the chief whip at the House of Commons could penalise members who do break the new rules with discipline measures up to and including exclusion from the group.

An SNP spokesperson confirmed that new proposals “to update the Standing Orders for the Westminster SNP group” have been put forward, and said that they are “based on the current rules operating for SNP MSPs”.

Murray spoke out last year (click here to read more) against his rejection as a possible candidate in the SNP’s vetting process, saying he was “upset and depressed” by the decision.

“I was asked at assessment whether, as part of a Westminster deal with another party, I would agree to vote for the bedroom tax if instructed by the party. I replied ‘No.’ End of SNP political career,” Murray added.

However, other possible candidates in the vetting process have since said that they answered ‘no’ to the same question and were accepted.

The SNP agreed at the party conference in November last year to open up candidacy procedures so that non-members and confirmed new members could stand for election.

The new proposals also include plans to give the national executive committee in the party the power to create all-women shortlists in local and regional candidate selections.

The SNP spokesperson said that this was “to encourage greater gender balance amongst SNP candidates”.

Edinburgh University Politics Professor James Mitchell, author of a study of the SNP, said of the new proposals: “Parties normally expect a degree of loyalty from MPs – so there is noting new or unusual in this. The issue is how discipline would be imposed. The leaders and whips of Parliamentary groups can do this through sticks and carrots i.e. Withdrawal of the whip or promise of promotion (or even a good office).”*

The website ‘Revolts’, run by two political scientists, carries figures on the number of MPs who have rebelled against their own party whip since 1945. The figures show that the number of rebellions has increased significantly over the past decade.

*This quote was recieved after the original publication of the article