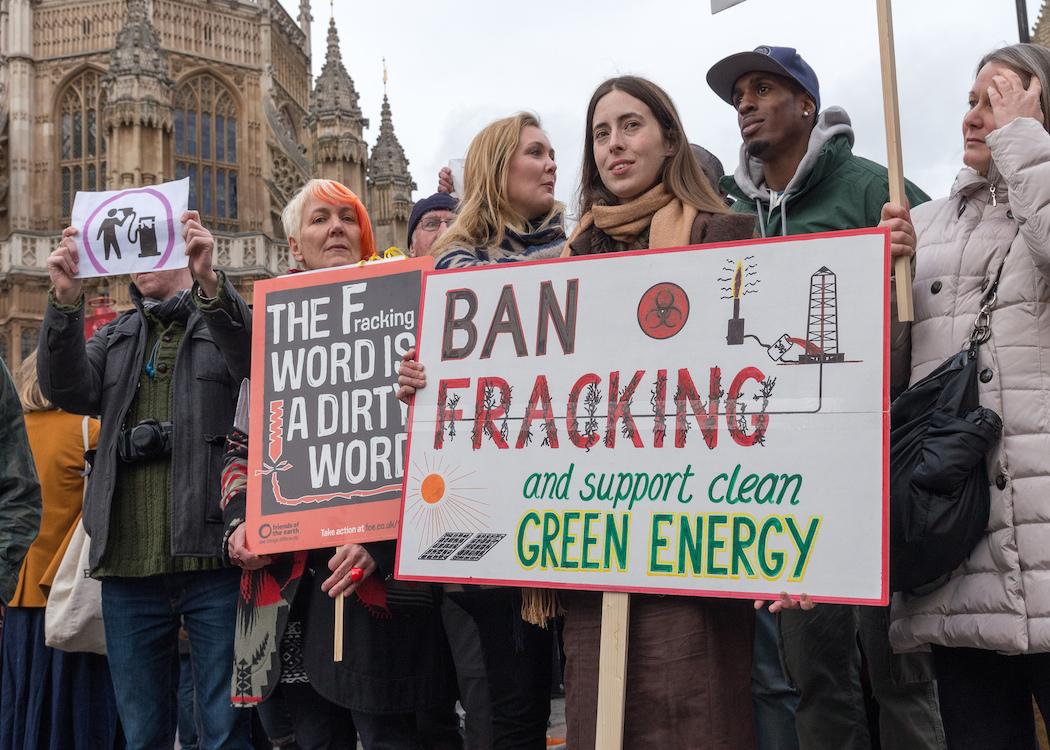 THE SNP PARTY leadership has narrowly won a key conference vote on party policy on fracking despite activists calling for a move towards a full ban.

Motions were submitted to the party conference calling for a full ban on shale gas drilling and extraction, which opponents warn is a danger to Scotland’s land, water and air.

However the motion debated at conference only supported the party’s current policy of a moratorium on the practice – causing a split with those who wanted greater action.

Iain Black, a delegate proposing the moderate motion, went far beyond its wording and argued for a full ban on fracking.

“We are happy that Ineos wants an evidence-based approach to fracking. The science and evidence overwhelmingly supports a ban,” he said.

He warned that fracking is a threat to Scotland’s land, air and water – with further evidence linking the chemicals process to cancer defects.

Gareth Beamish from the pro-fracking energy giant Ineos admitted to CommonSpace that it was “indisputable” that fracking had caused an earthquake in England.

Ineos, he said, was using irresponsible science from climate change deniers to push a case for the burning of more fossil fuels, irrespective of its impact on the environment.

Another delegate hit out at the company, accusing its multi-millionaire chief executive Jim Ratcliffe of wanting to “blow our country to pieces”.

John Page from the Arran SNP branch called for the motion to be sent back for further consideration of a full ban on fracking. He said there was a “real threat that this inadequate motion” would split the party from community interests.

MP for Edinburgh East Tommy Sheppard said fracking could play “no part of a balanced energy policy for the future” and warned against “big money and powerful interests in this debate”. Before the conference, Sheppard warned Ineos that it was “foolish” if it thought SNP policy was “for sale” .

The fracking company Ineos was present at the SNP conference. Gareth Beamish from the corporate group admitted to CommonSpace that it was “indisputable” that fracking had caused an earthquake in England.

The company, which has hundreds of square miles of fracking licenses, argues that fracking would benefit the economy, jobs and the energy supply.

The Scottish Government consultation on fracking is now expected to last until 2017 – far beyond next May’s Scottish parliamentary elections.