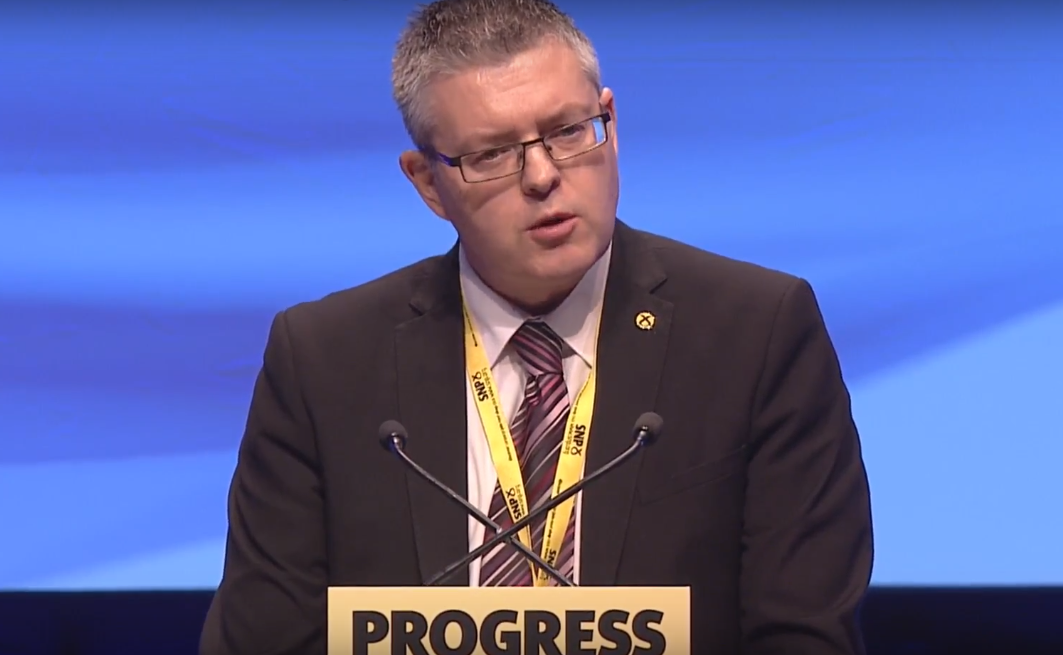 SNP conference back resolution to end sexual exploitation by landlords

A RESOLUTION proposing that the Scottish Government introduce new primary legislation making it an offence to solicit sex in exchange for providing accommodation was passed with overwhelming support from SNP members at the party conference on Monday.

The proposal was passed unanimously, while an amendment broadening the scope to include other forms of “commercial sexual exploitation” divided members and ultimately failed.

The resolution was put forward by Math Campbell for the party’s Lomond North Branch and Stuart McMillan MSP, who read examples of adverts offer “free” accommodation for women in exchange for sex.

“It sends a clear and powerful message to the world about the value of Scotland’s women and girls: they are not sex objects.” Vonny Moyes

Campbell said that he had become aware of the trend in recent months as a result of media coverage, noting Vonny Moyes’ article in The National which drew widespread attention to the issue.

Vonny Moyes celebrated the passing of the resolution on Monday, describing it as a “victory for women and girls”.

“It sends a clear and powerful message to the world about the value of Scotland’s women and girls: they not sex objects, and their bodies are not a commodity for use by exploitative, opportunistic men.”

An unsuccessful amendment to the resolution, proposed by MSPs Ruth Maguire, Ivan McKee, Kate Forbes and Ash Denham, would have extended the resolution to encompass the exchange of sex for money and other ‘in kind’ services, and recognise the practice of “sex for rent” as part of wider trend of commercial sexual exploitation.

“There is no difference between sex for rent and sex for cash to pay for rent.” Ruth Maguire MSP

Ruth Maguire MSP said: “Our amendment makes clear there is no difference between sex for rent and sex for cash to pay for rent. The same deeply rooted gender inequality is at its heart.

Maguire implored delegates: “Send a clear message from our conference to our government that it’s time to take action.”

Ivan McKee MSP also supported the amendment, saying that the party should be equally “repelled” by all forms of sexual exploitation. McKee said that the amendment was in keeping with the party’s support of the “Nordic model” – the decriminalisation of the sale of sex and criminalisation of the purchase of sex – which was supported by members at the spring conference.

The decision to support the Nordic model was, in itself, controversial – the resolution passed in March on a split vote and was met with criticism by sex worker led charities.

The primary argument put forward against the amendment on Monday was that it would distract from the specific issue at hand, losing it within a wider debate and thereby delaying the possibility of action.

Ruth Maguire argued: “I absolutely refute that we can’t tackle both those issues at the same time.”

The amendment failed to pass on a very close count, following a rare card count to confirm the number of votes on each side.