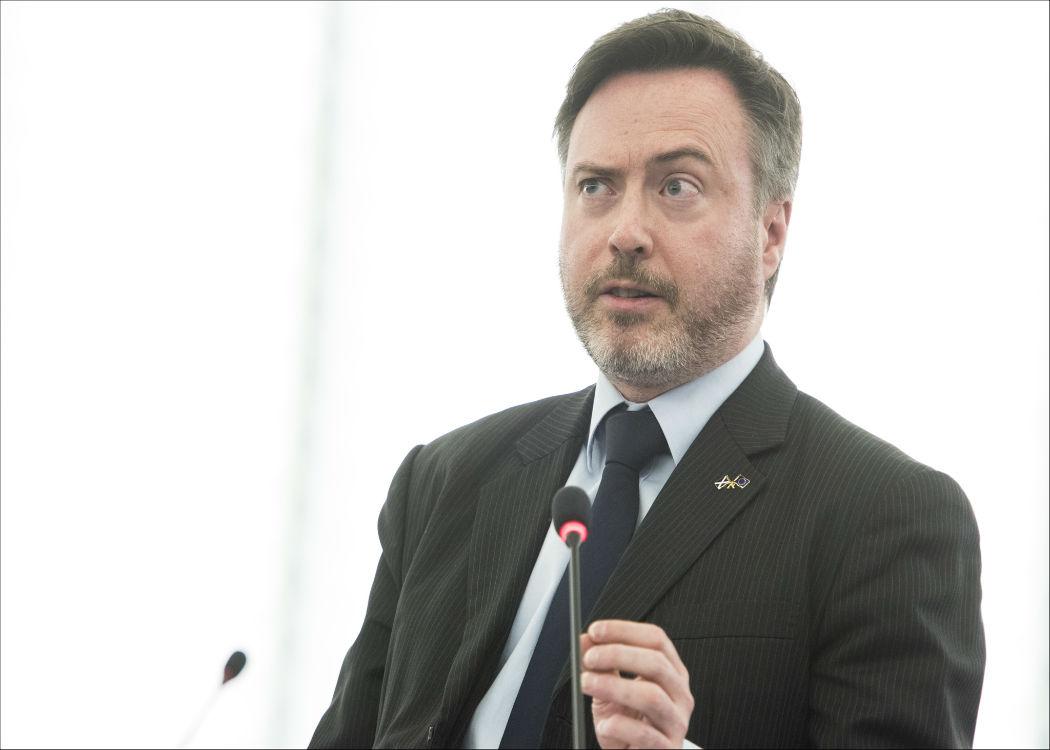 19/02/2016
david
SNP MEP one of over 100 to sign a call for the Kurdish fighters to be de-listed
ALYN SMITH MEP has backed calls for the Kurdistan Workers Party (PKK) to be removed from the EU’s list of recognised terrorist organisations.
Speaking to CommonSpace following the launch of the campaign backed by over 100 MEPs earlier this week (16 February) and in the aftermath of a deadly explosion in the Turkish capital Ankara, the SNP MEP said that the EU was in a strong position to bring the Turkish state into meaningful negotiations with the PKK, which has fought an on and off armed campaign for Kurdish independence for decades.
He said: “The EU is in a position to act as an honest broker between parties, a position which no member state truly shares.
“There’s been a history of treatment of the Kurdish people which does not reflect well on Turkey’s status as a democratic country. We’ve seen attacks on civilians attacks on journalists attacks on trade unions.”
Many Kurdish areas of southern Turkey have suffered under a harsh military crackdown by the Turkish state, headed by Tayyip Erdogan, since the June 2015 when the pro-Kurdish and left wing HDP party won 80 seats in the Turkish national elections.

“There’s been a history of treatment of the Kurdish people which does not reflect well on Turkey’s status as a democratic country.” Alyn Smith

On Wednesday (17 February) a bomb exploded in Ankara, killing 28 and injuring 61. The Turkish military has blamed the attack on the PKK militia, the YPG. The YPG strenuously deny responsibility for the attack.
Bombings have become frequent occurrences in Ankara and across Turkey in recent months, with various parties blamed, including Jihadi groups, the PKK and the Turkish state itself.
Smith said that the incident should not derail potential peace negotiations, and said that there was a need for dialogue.
He said: “I’m in favour of continued EU succession talks with Ankara. That is the greatest leverage we have in negotiating Turkey towards a sustainable democratic peace.
“But as we saw in the North of Ireland, until we are serious about dialogue we don’t see progress. There’s a lot of tough and constructive dialogue that needs to go on about human rights and freedom of expression.”
Welcoming Smith’s support for the de-listing of the PKK, Scottish Solidarity with Kurdistan activist Rosa Salih said: “We are very pleased and thank all the over 100 MEPs who have signed up to remove the PKK from the terrorist list.
“This campaign will be marked in history as a first step forward for peace. We believe the only way to resume peace talks is for both sides to have equal status in negotiations and for no side to be criminalised.”
The PKK has been designated a terrorist organisation by the EU since 2002. Most of the EU’s member states do not list the PKK as a terrorist group.
CommonSpace journalism is completely free from the influence of advertisers and is only possible with your continued support. Please contribute a monthly amount towards our costs . Build the Scotland you want to live in – support our new media.
Picture courtesy of European Parliament
Common Space
Archive
Share Article: