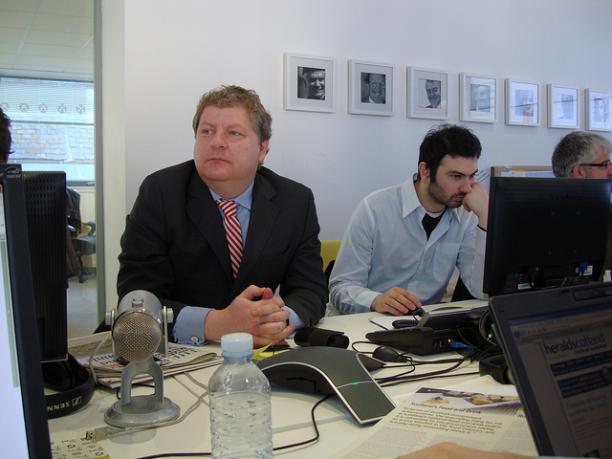 JOANNA CHERRY, SNP MP for Edinburgh South West, is “currently considering her position” in light of Angus Robertson’s resignation as depute leader of the SNP on 3 February.

Cherry – a former candidate for the SNP’s Westminster leadership who was narrowly beaten by Ian Blackford after Angus Robertson lost his seat in the 2017 General Election – has been the subject of heavy speculation as a potential depute leader since Robertson’s surprise announcement over the weekend.

Speaking to CommonSpace, a spokesperson for Cherry stated on the record that she was “currently considering her position” with regards to the upcoming depute leadership election, but was not making any other official statements at this time.

Earlier on 5 February, James Dornan, SNP MSP for Cathcart, announced via social media that he was seeking nominations for the position of depute leader, making him the first SNP member to publicly announce his candidacy following Robertson’s resignation.

SNP Westminster leader Ian Blackford may also be a likely potential candidate, though Blackford has so far not stated whether he will stand, saying that he needs time to “reflect with colleagues.”

“It’s better to have a competition and a proper debate, and there is a debate to be had about where we go from here, and give us a choice.” SNP MSP Alex Neil

The Scottish writer and political activist Lesley Riddoch – who in her most recent column for the Scotsman listed Blackford, Cherry, SNP MEP Alyn Smith, SNP MP Tommy Sheppard and SNP councillor Chris McEleny as potential candidates – wrote on Twitter on 5 February that Sheppard was also “thinking about” running for the deputy leadership.

Both Cherry and Sheppard are widely seen to belong to the left of the SNP, with Cherry having been particularly vocal regarding Scottish solidarity with the Catalan independence movement, and Sheppard being noted for his republicanism. Both ran to replace Robertson as the SNP’s Westminster leader, with Sheppard later stepping aside due to lack of support.

Speaking to CommonSpace, SNP MP Pete Wishart commented: “I’d like to put my thanks on record to my colleague Angus Robertson who has served the SNP and the wider independence movement so well and with such passion. I wish Angus well with his future endeavours and I know that he will continue to be a champion for Scotland.

“It is important that we reflect on the current political situation and carefully consider the candidates who put themselves forward to serve our movement.”

SNP MSP Alex Neil has called for the depute leadership election to be an open contest, telling the Times newspaper: “My view is the more the merrier.

“It’s better to have a competition and a proper debate, and there is a debate to be had about where we go from here, and give us a choice.”

Responding to Robertson’s resignation, First Minister Nicola Sturgeon said: “I would like to place on record my immense gratitude for the job you have performed in that role and, previously, as our Westminster leader.

“You have always been a source of wise counsel and I, likewise, have valued your friendship and support in the work we have taken forward together…

“I know that you are keen to pursue other career opportunities at the moment, and I wish you well in those endeavours, but I hope that we may see you return to frontline politics in future.”