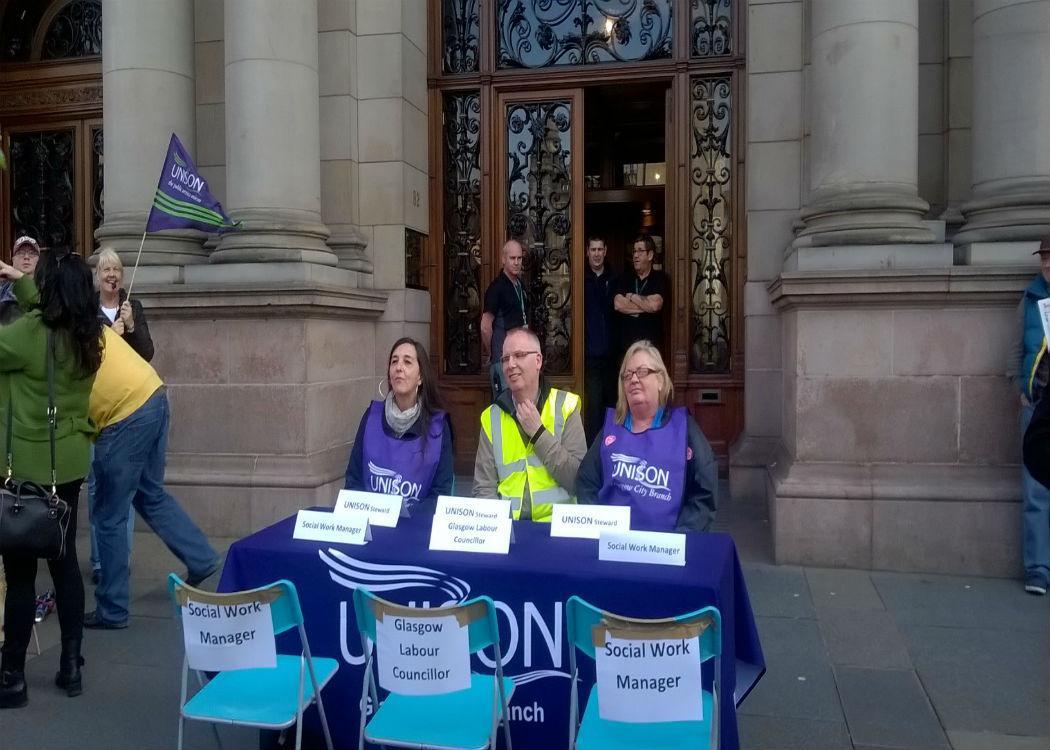 Strike in 16th week in dispute over low pay

McLaughlin sent the message of support during her maiden speech as elected representative for the north east of the city, having unseated Labour’s Willie Bain in the 2015 general election, the Evening Times reported.

Referencing her grandfather, a founding member of the Greenock SNP branch, she said: “I know he would want me to send a message of support to day to the 70 striking homelessness caseworkers in Glasgow City council now in their 16th week.”

Homelessness caseworkers employed by Glasgow City Council have been on all-out strike for 16 weeks, deciding to take action in dispute over pay, with a difference in pay grades meaning members are being paid less than workers doing similar jobs.

In her maiden speech, McLaughlin went on to speak of growing up in Greenock and compared the current Tory government’s policies and rhetoric to that of Thatcher’s government. She went on to say: “I will never forget the feeling of powerlessness, the fear my friends felt, the despair of their parents.

“And I remember hearing rhetoric from politicians about people not wanting to work, about unemployment being a ‘lifestyle choice’, something disgracefully repeated in this house last week by the Chancellor in his attempts to justify his attacks on working people who have nothing.”

McLaughlin described Chancellor George Osborne’s speech as embodying a “sink or swim” message, and she condemned the cheers and applause Tories gave to Osborne’s announcements of further cuts to welfare in his budget: “I will never adjust to hearing members cheer on a Chancellor as he announces taking away the life lines of many of my constituents.

“Sink or swim – that was the message from last week’s budget”, she continued.

“I thought about my constituents watching from home, about family members and friends I care deeply about. I imagined their pain and I struggled to hold back the tears knowing that I was powerless to help them,” McLaughlin said.