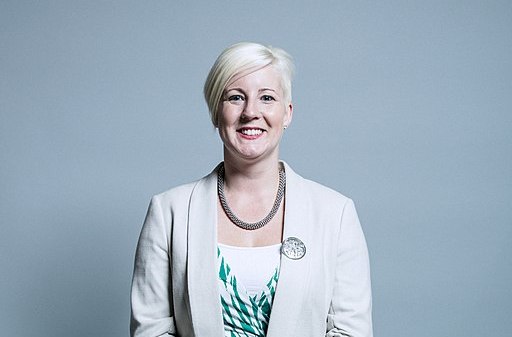 HANNAH BARDELL MP, the SNP’s International Trade spokesperson has said the 13 Scottish Conservative MPs must work on a cross-party basis to protect Scotland’s interests as the EU Trade Bill progresses through Westminster.

The comments come as the SNP tables amendments to the Bill which passed a vote on its second reading in the House of Commons earlier this month.

The legislation has faced criticism for the powers it would give to the international trade minister to make deals without parliamentary scrutiny, including powers over devolved areas which opposition parties and campaign groups alike have argued should return to the devolved administrations.

Bardell has argued that the Scottish Tory MPs should be doing more to prevent the dilution of devolution represented by the Trade Bill, as with the EU Withdrawal Bill, saying the legislation demonstrates “an utter failure of the Scottish Tories at Westminster to respect the principles of devolution”.

She said: “Just when you think the Scottish Tories can’t get any worse, they make a repeated offence of threatening the devolved powers of the Scottish Parliament.

“In particular, the Trade Bill places constraints on Holyrood’s ability to act on all devolved matters, which is not acceptable.

“Once again the SNP will work with other parties to challenge the UK Government’s extreme Brexit plans – and we will always stand up for Scottish businesses and livelihoods.

“Our amendments to the Bill will, if made, turn the Bill into one that properly respects devolution and ensures that the Scottish Parliament and the other devolved administrations do not have their competence restricted by the UK leaving the EU.

“The threat of not doing so will hit businesses and exporters across the Scottish economy. We cannot afford any more broken promises from David Mundell and his Scottish Tory colleagues.”

Specific concerns over how the Tory government may use the powers afforded by the Trade Bill have also been raised by campaigners such as Global Justice Now and the broader Trade Justice Scotland Coalition, who suggest that a new version of Ttip (Transatlantic Trade and Investment Partnership) could be on the cards if democratic scrutiny is undermined.

Labour MP Chris Bryant MP also described the Trade Bill as a “ministerial power grab”. He said: “This bill rides roughshod over the rights of the public and Parliament to scrutinise the government’s trade policy after we leave the EU.

“There is nothing in the bill about giving MPs a binding vote on future trade deals negotiated by the government. And the bill raises the prospect that our deals with third countries could be altered – quite possibly for the worst – and then pushed through parliament without primary legislation.

“On the day after President Trump’s commerce secretary came to Britain to tell us to sacrifice our environmental and food safety standards to get a trade deal with the US, this sets an alarming precedent.”

He said: “The best way to detoxify these trade deals is to open them up to the light of scrutiny and debate. But we see a power grab at Westminster with the proposed Trade Bill transferring vast powers to individual ministers bypassing parliament and citizens.”

The Scottish Conservatives have voiced criticisms in relation to the EU Withdrawal Bill’s limits on devolution and of the UK Government’s failure to deliver on promises to amend the controversial Clause 11, which will now be debated in the House of Lords.

Nevertheless, the 13 Tory MPs faced criticism from Labour and the SNP when they voted against an amendment on the issue proposed by Labour earlier this month.

The Scottish Conservatives did not respond to a request for comment by time of publication.