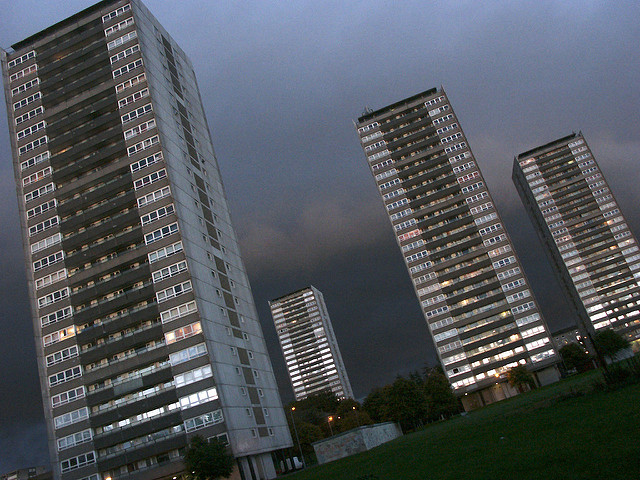 SNP MP DREW HENDRY has argued that up to 71,000 Scottish tenants in private rented accommodation have been left at risk of eviction due to the long waiting periods they must endure before receiving Universal Credit payments.

House of Commons Library figures indicate that roughly 71,000 tenants renting in the private sector receive Housing Benefit, with only 7,153 having been successfully transferred to Universal Credit as of June 2017, leaving the tens of thousands remaining vulnerable to delays, excessive waits, the risk of arrears and resultant eviction.

READ MORE: Anonymous jobseeker: Why the Universal Credit system is not working

In addition to the findings of the RLA, the Convention of Scottish Local Authorities (Cosla) has also uncovered evidence that the arrears of Universal Credit recipients are more than 2.5 times the average arrears for those on Housing Benefit.

Hendry said in response to the RLA figures: “The UK Government tell us time and time again that Universal Credit is working. They are wrong – it isn’t and Scottish tenants are paying the price. They should not be forced to live under a cloud of debt, and face the worry of eviction because of failed Tory ideology.”

Hendry, whose constituency of Inverness, Nairn, Badenoch & Strathspey was one of those chosen by the UK Government to pilot Universal Credit, argued that new measures introduced by Chancellor of the Exchequer Philip Hammond to provide Universal Credit claimants receiving Housing Benefit with a two week transitional payment was insufficient and did nothing for those Scottish tenants enduring months of uncertainty.

He said: “There are very few landlords who will be satisfied with a two week payment when waiting for their tenants to navigate through a punishing Universal Credit system. Indeed, many simply cannot afford the uncertainty of not knowing when the next rent payment is coming.

READ MORE: Scots will no longer have to suffer welfare tests alone

“Universal Credit is designed to create debt by default and is creating a legacy of long term hardship for families and delivering lasting harm to our communities.

“In the November budget, the Chancellor said: ‘excessive debt undermines our economic security’. The difference is that the UK Government has choices, many in debt because of Universal Credit have no options.

“With tens of thousands of Scottish tenants still to be moved over to Universal Credit, the Tories must put an end to the uncertainty and give landlords and tenants much needed financial security during transitionary periods to Universal Credit – or even better halt the whole fiasco so these issues can be fixed.”