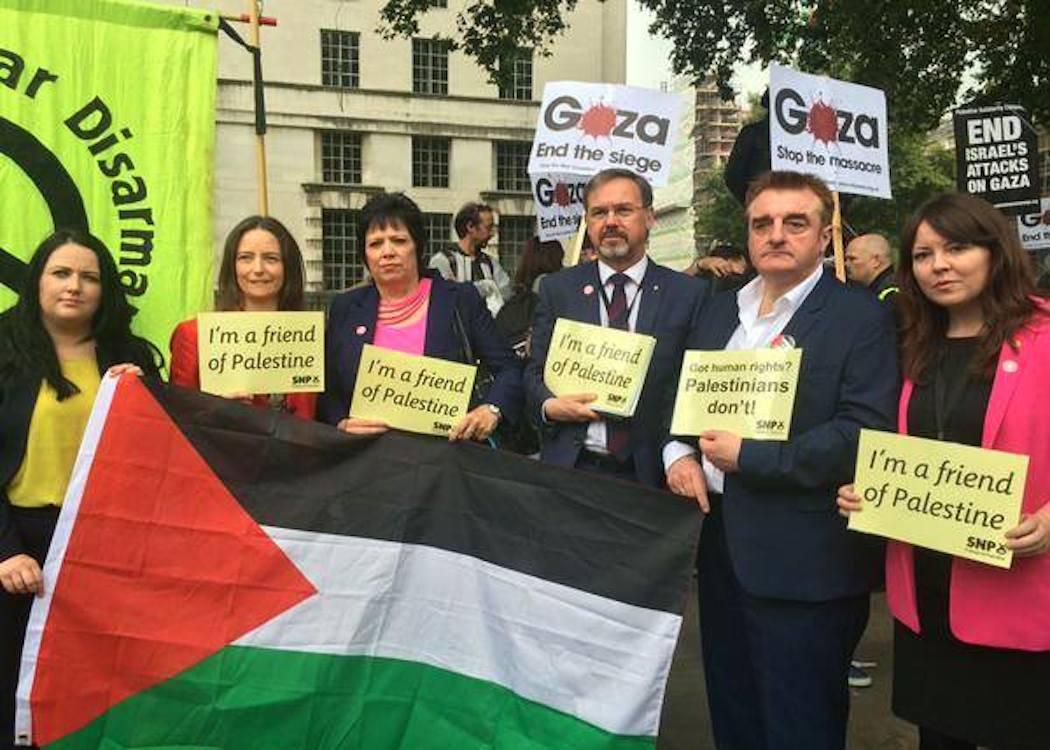 Party figures speak out in support of Andy Murray, deported from Israel for trying to reach Palestine

POLITICIANS from the Scottish National Party have spoken out in support of Andy Murray, the convener of SNP Friends of Palestine, who was arrested then deported on his arrival in Israel earlier this week.

Murray spoke to CommonSpace about his ordeal , explaining how guards targeted him for arrest, his overnight detention and the refusal to provide diplomatic support.

“This incident raises grave concerns about the relationship between the UK and Israel.” Carol Monaghan MP

Monaghan, Murray’s local MP who intervened to help him return home safely from the Tel Aviv detention centre, condemned the targeting and explained that she planned to raise the case with the UK foreign secretary.

She said: “This incident raises grave concerns about the relationship between the UK and Israel. Andy arrived in Tel Aviv on Monday as part of a parliamentary fact-finding delegation. He was singled out by the Israeli security services at the airport and taken into detention. It seems incredible that a country with which the UK enjoys good relations should treat a UK citizen in such a way. There were no reasonable grounds for his detention and eventual deportation.

“I became involved on Monday night when I contacted the Foreign and Commonwealth Office and the UK embassy in Tel Aviv acted quickly to expedite Andy’s return to The UK. It is worrying that our citizens can be so easily detained and subjected to the harrowing experience that Andy suffered.

“I intend to raise the matter further with the Foreign Secretary.”

Murray leads a new organisation, SNP Friends of Palestine, founded after the latest bombing of Gaza by Israeli forces. In less than a year the organisation has won the support of a majority of the party’s MPs.

Tommy Sheppard, a SNP MP and supporter of the organisation, told CommonSpace: “There is widespread concern among the public in relation to the Israeli and treatment of Palestine. The treatment of Andy Murray, who was there on a fact finding mission for the SNP, is unlikely to make these concerns go away.

“Most people will feel that this is quite outrageous behaviour from a country that purports to be open and democratic.” Tommy Sheppard MP

“Most people will feel that this is quite outrageous behaviour from a country that purports to be open and democratic.”

Israel has faced increased international condemnation following the attack on a humanitarian aid convoy set for the blockaded Gaza strip in May 2010 and then the bombing of Gaza in the Summer of 2013, where thousands of civilians and hundreds of children were killed.

The Israeli Embassy failed to comment on Murray’s arrest, detention and deportation leading to The National newspaper raising concerns over the nation’s conduct.

Its editorial read : “It is worrying indeed when a government is unwilling to explain its actions.”

Murray will speak at an event in the House of Commons next week on the current situation in Palestine.

Picture courtesy of Friends of Palestine