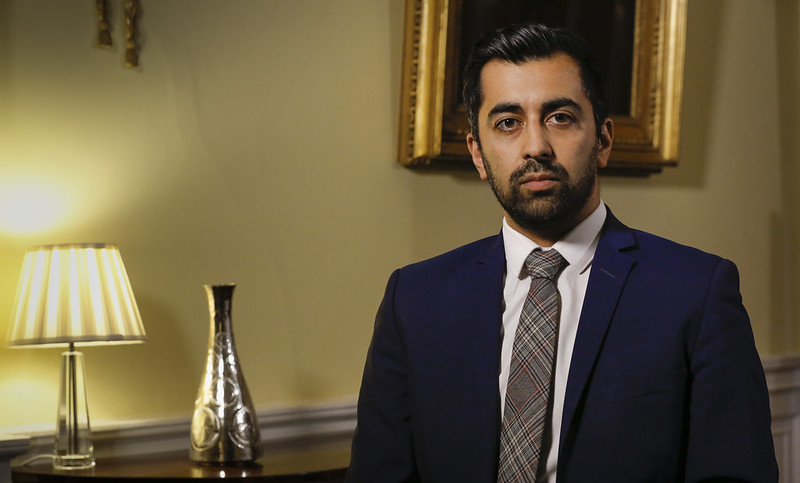 The number of minority ethnic people living in Scotland doubled from the 2001 census to 2011, from two per cent up to four per cent and is expected to be even higher now. However, this is not reflected by the country’s political representation.

The SNP, the party expected to claim the most seats in Westminster in the forthcoming General Election, aren’t fielding a single minority ethinc candidate.

At the last SNP Party conference, held in Aberdeen in October 2019, members voted on an internal resolution on improving representation of BAME, disabled people, and other minority communities in the Scottish Parliament, put forward by Alex Kerr, member of the NEC, MSP Humza Yousaf, and Young Scots for Independence.

Delegates passed a resolution which stated: “Conference recognises the improvement in the representation of women that has resulted from adopting gender balance mechanisms in our selection process but notes with concern that BAME, disabled people, and other minority communities continue to be underrepresented in our national parliament.”

While there are plans in motion to bring about changes for the 2021 Holyrood elections, there does not appear to have been any effort to ensure minorities were represented in selection for Westminster seat.

Commenting on this fact, Humza Yousaf, SNP MSP for Glasgow Pollock and Scotland’s Justice Minister said: “I am very disappointed that the SNP does not have a single BAME candidate at this election. We simply must do better as a party.

“This is a problem that every political party, including my own, must face up to. The fact that the Conservatives, LibDems and Greens have never had a single BAME MSP elected in the history of the Scottish Parliament is a terrible indictment. However, I have a responsibility to ensure the party I belong to, and love, is doing all it can to be a truly multicultural movement.

“As a party, the SNP has always been willing to learn and to grow. We must continue on the journey of making our party, movement and Parliament representative of those we seek to serve.

“The time for talking about more diversity in our politics is over, we need deeds, not words. That’s why I brought forward the resolution at SNP conference – to change our approach for the next election and I hope every election after that.”

“However, we also recognise there is still much more to do as we work to encourage diversity of representation across the party, particularly in relation to BAME people, who remain underrepresented in Scottish politics.”

Scotland’s other main parties fare a little better. The Scottish Conservatives and Scottish Labour both have candidates standing from ethnic minority backgrounds.

Across the UK, organisations are working to improve representation of ethnic minorities in political institutions. One such campaign is Operation Black Vote. Speaking to CommonSpace about why representation is important, the campaign’s deputy director Ashok Viswanathan said: “We work to make sure parliamentary bodies look more like people that they serve in order to instil confidence that everybody has a stake in our future.

“We want to ensure people participate – and feel ownership of their state institutions. And one way to demonstrate that people have a stake in their institutions is through representation – it is one of the core values of democracy.

“If we don’t give young people particularly, but all communities, a stake in their democracy, people often find other routes to their intended outcome – having a voice. Often those routes are unhealthy routes, short terms routes with long term pains.

“The best process to address concerns is through the conventional, but revolutionary, means of the ballot box and the democratic process. We’ve always gone into schools and said that our democracy, is a very fragile thing that needs to be tended to, but which can work for everybody – if everybody participates and if everybody’s allowed in with a seat at the table.

“We’d welcome working with the SNP on this – as the largest party in Scotland it clearly needs to do a great deal more. We know that there was a vision for a new, inclusive Scotland. But I don’t know that there’s been a great of progress within the party in taking the spirit of the words and transforming into some conceivable action. The action we would like to see is programme to recruit, retain and promote black talent, from membership all the way through to candidature.”

Earlier this year,  Scotland’s national poet, Jackie Kay said that “Scotland has not found a way to reflect back in the media, in the history, in social structure, the diversity that’s happening”.

In October, an open letter signed by over 80 of Scotland’s leading academics, activists and artists claimed that attitudes to racism in Scotland were rolling backwards, writing: “Policy approaches must take into account the history of racialisation and current experience of discrimination, which creates worse outcomes for people from specific ethnic backgrounds in specific areas of life…

“Solutions cannot be reached without discussing how racism operates as a social and institutional structure, fuelled by protections and advantages people perceived as white have received over time and in the present day.”

There are other issues around representation for this election. The fact that is is being called as a snap election means that organsiations that work with people with disabilities to support them to stand as candidates have not had the lead time required.

Whatever the final result, If SNP take as many seats as the polls are currently predicting, there will continue to be a lack of ethnic minority people visible in high level parliamentary positions.