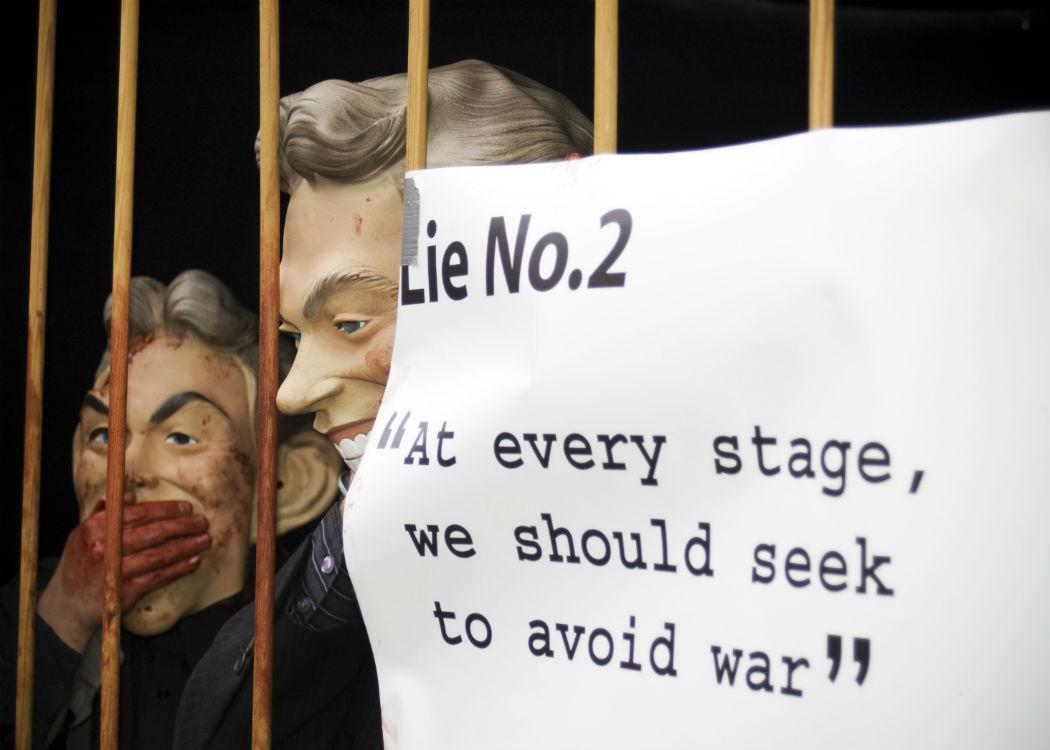 Inquiry has been running for over six years

SNP Westminster leader Angus Robertson pressed the UK government at Prime Minister’s Questions on reports that the Chilcot Inquiry on the Iraq war will be delayed for another year, despite it already taking six years and costing PS10m.

The Chancellor George Osborne, who was standing in for Prime Minister David Cameron who was meeting the Italian prime minister about the Greek crisis, responded to the question by stating that the inquiry was independent and it would not be for the UK government to intervene.

Osborne did, however, add that he believed the public were growing impatient and they should “get on with it”.

Osborne and Cameron both voted in favour of the Iraq war in 2003, which according to the Lancet medical journal killed up to one million people from 2003 to 2006.

Commenting after PMQs, Robertson said: “The Iraq war was a foreign policy disaster and the ramifications are still being felt today.

“I asked the chancellor if he felt a moral and political responsibility for getting to the bottom of this calamitous war and its consequences.

“This inquiry needs to be published in full – and as a matter of urgency. Abandoning it would be wholly unacceptable.

“Answers are long overdue, and the continued delays to the publication of this report are a democratic outrage.”

The Independent on Sunday reported that a source close to the inquiry said that they were still trying to get documents declassified by the Cabinet Office, and that it would probably now go into 2016 before being published.

The delay has been down to continual rankling between the inquiry and the UK and US governments over what is and isn’t classified information, due to the process known as ‘Maxwellisation’, where draft criticisms in inquiries are put to those it concerns for comment. It’s understood that some are known to be taking legal advice.

Cameron is now under pressure to scrap the inquiry, with Lord Morris of Aberavon, a Labour former attorney general, asking the Prime Minister to assess “the case for discharging the chairman and members of the Chilcot inquiry, and inviting the Cabinet Secretary to set out a mechanism for an interim report to be produced on the basis of the evidence gathered”.

It is believed that a key issue of tension has been over publication of the transcript of conversations between George Bush and Tony Blair.

The inquiry was originally supposed to report before the 2010 General Election.