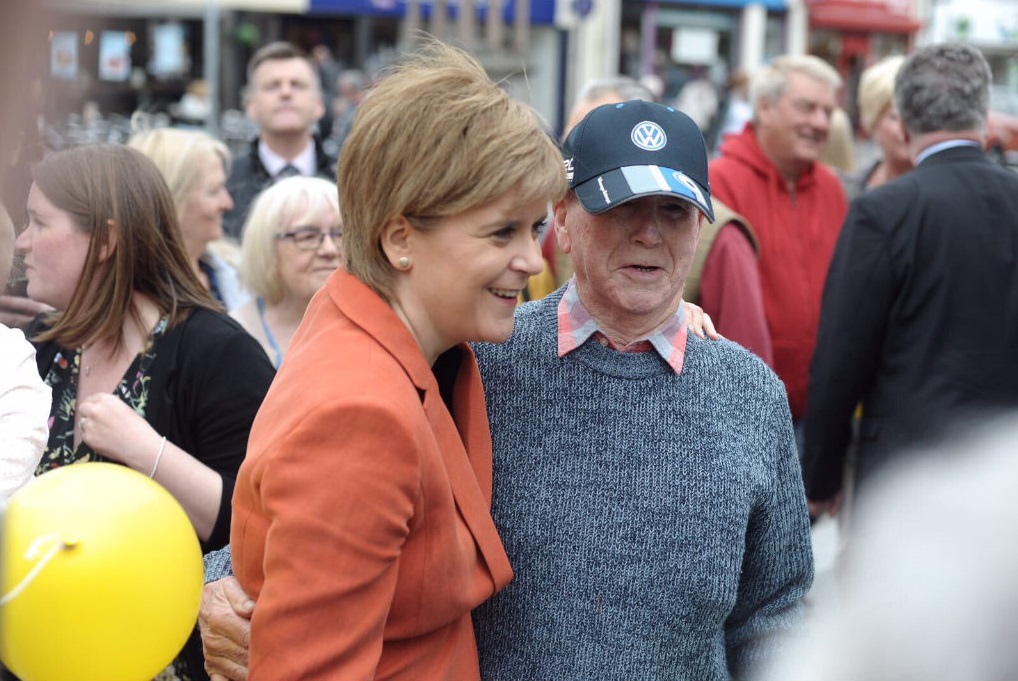 Scotland in Union had discussed working with Cambridge Analytica

The SNP has released its correspondence with the controversial data firm Cambridge Analytica [CA] and sent it to the Information Commissioner, calling on other parties and political campaign groups to do the same.

The released emails show that the party did not pursue a working relationship with CA after originally initiating contact with the firm, which it is alleged illegally harvested facebook data to influence voters in the US and the UK.

The correspondence appears to show CA and its parent group, SCL, operating as one entity, something CA and SCL have denied. In the correspondence, the SNP received a non-disclosure agreement from SCL, which it did not sign and queried who the company were, after only contacting CA.

The SCL Group has previously had two contracts with the MoD and has strong links to the top of the Conservative Party.

The email release comes after an investigation carried out by OpenDemocracy revealed on Tuesday [25 April] that the vice chair of the pro-union campaign group Scotland in Union [SiU] had joked about hacking the SNP’s voter information and discussed their work with Cambridge Analytica.

Read More: ‘They were a bunch of cowboys’: Ex SNP digital guru speaks out on Cambridge Analytica meeting

According to OpenDemocracy, William Ramsay, SiU vice chair, told attendees at a fundraising dinner that during talks with Cambridge Analytica the firm had told SiU about the SNP’s  “army of supporters” and “sophisticated database”.

Speaking as the information was released, the SNP Westminster leader Ian Blackford MP said: “The SNP have provided all the documents and emails we received from Cambridge Analytica to the Information Commissioner.

“This includes emails from one person using email addresses at both SCL and Cambridge Analytica and a non-disclosure agreement that we refused to sign from SCL Elections, despite the fact we had not had any discussions with SCL Elections.

“To confirm again, the SNP has never worked with Cambridge Analytica, used any of its services or paid them a single penny.”

Blackford went on to say that other parties had questions to answer, as CA stated it had “spoken with representatives of every major UK political party”.

He said: “It’s time for other parties to face scrutiny over Cambridge Analytica’s continuing assertion to have ‘spoken with representatives of every major UK political party’ and organisations like Scotland in Union’s claims that they talked to Cambridge Analytica about hacking the SNP.”

We didn’t want to tell them what we really thought, so we let them down gently – by ignoring their emails. pic.twitter.com/StZPQ2sPNt

Correspondence released by the party show that as well as the meeting attended by Kirk J Torrance on 18 February 2016, a conference call was held ahead of the London meeting after the party initiated contact with CA by Chris Jones, the SNP’s head of IT who led the voter engagement strategy.

First Minister Nicola Sturgeon told Holyrood on 19 April that the party decided not to work with the company after one meeting in February 2016. Speaking FMQs, Nicola Sturgeon said: “The SNP has been very clear in saying that Cambridge Analytica tried to sell us its services—as I said, that was in the early part of 2016, when a meeting took place.

“The SNP decided that it was not a company that we wanted to work with. We judged Cambridge Analytica to be a bunch of cowboys.”