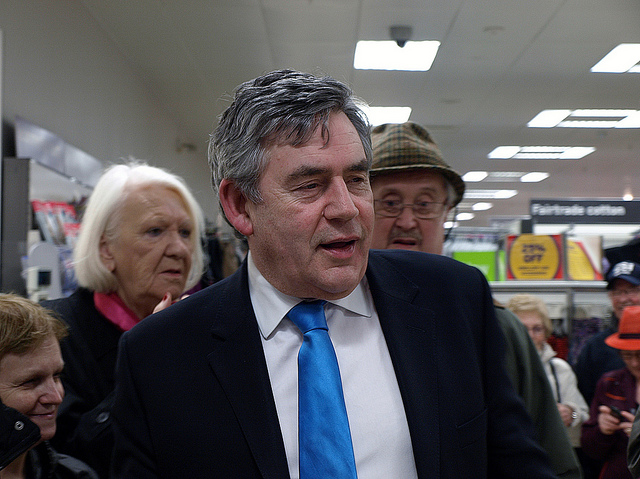 EXTRACTS FROM former prime minister Gordon Brown’s new book, My Life, Our Times, in which he says that the UK was “misled on the existence of WMDs [Weapons of Mass Destruction]” in Iraq by the US have led to renewed calls for accountability over the Iraq war.

Sir John Chilcot’s Iraq Inquiry report, published last year, determined that contrary to what the UK Government said at the time, there was no imminent threat posed to the UK by Saddam Hussein, that it was not a last resort, and that the UK and US had undermined the authority of the United Nations Security Council in taking the unilateral decision to go to war.

Brown has now acknowledged that: “Given Iraq had no usable chemical, biological or nuclear weapons that it could deploy and was not about to attack the coalition, then two tests of a just war were not met.

“War could not be justified as a last resort and invasion can’t now be seen as a proportionate response.”

However, Brown said it was the US Government which misled the UK into war. “I had no idea key decision-makers in America were already aware the evidence on the existence of WMDs was weak, even negligible and in key areas non-existent,” he said.

“It is astonishing that none of us in the British government ever saw this American report.”

Stephen Gethins MP, SNP international affairs spokesperson, responded to Brown’s comments by calling for accountability from those in the Labour government which made the decision to go to war in Iraq.

He said: “The Iraq war was the UK’s biggest foreign policy mistake in recent history, and there must be accountability for the actions of a Labour government that led the country into an illegal war that caused the deaths of 179 UK armed forces personnel and hundreds of thousands of Iraqi civilians.

READ MORE: 8 key findings from the Chilcot Report and why they matter

“The consequences of that war continue to be felt to this day with Iraq still suffering from conflict and civil war.

“On publishing his excoriating report, Sir John Chilcot concluded that Tony Blair ‘was not straight’ with the nation and, contrary to his denials, had given a pre-determined commitment to President Bush in July 2002 to join US military action in Iraq – telling him ‘I will be with you, whatever’.

“The decision by Tony Blair, Gordon Brown and the Labour government to go to war has had devastating consequences, not least for the people of Iraq and the families of military personnel who lost their lives, and continue to live with the consequences of that decision.

“We must have accountability over that and confidence that lessons have been learned and such a grave mistakes cannot happen again.”

In response to the Chilcot report last year, Tony Blair defended his decision to enter into the war. “I believe we made the right decision and the world is better and safer,” he said.

Current Labour leader Jeremy Corbyn, who voted against the war in 2003, has said the Iraq war was the most “serious foreign policy calamity of the last 60 years”.

Corbyn told parliament last year that he had apologised to military families and Iraqi citizens for “decisions taken by our then government that led this country into a disastrous war”.