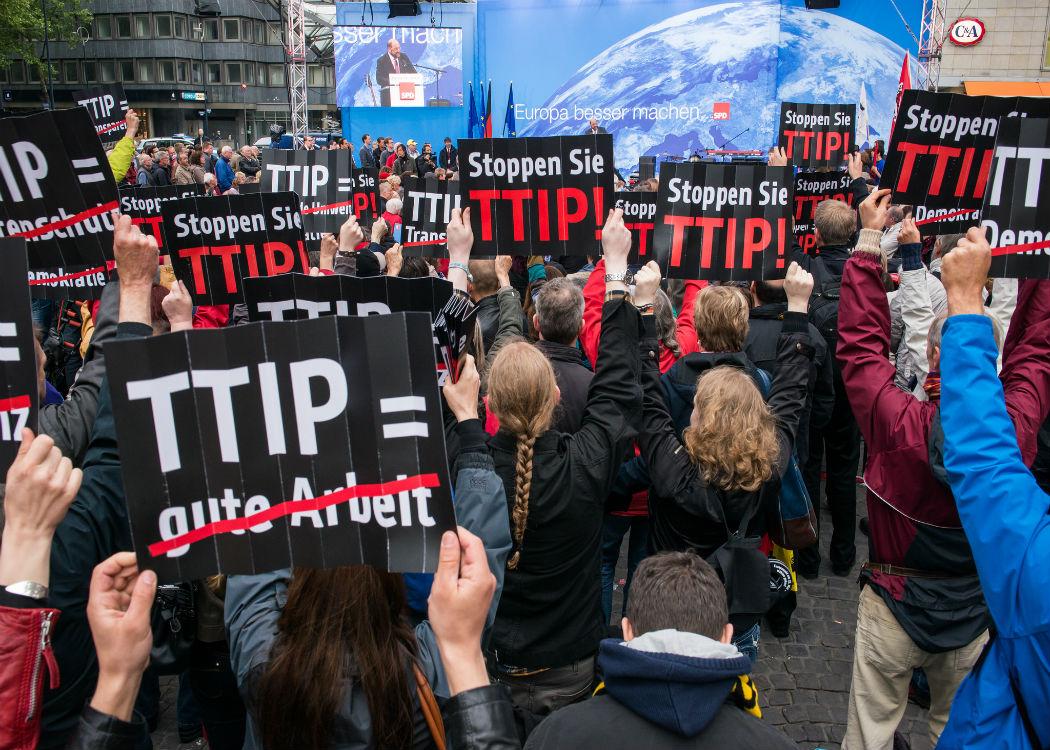 THE SNP will not support the TTIP trade deal if it includes a clause allowing corporations to sue governments for profit loss, the party’s deputy leader Stewart Hosie has said.

Hosie made the comments during a recorded interview with the 38 Degrees campaign group in Dundee.

The Trans-Atlantic Trade and Investment Partnership (TTIP) is currently being negotiated between EU and US representatives, and if it’s passed it will create the largest free-trade zone in history.

Social justice campaigners are concerned the deal will be a corporate power grab, pushing down workplace standards and opening up services to privatisation.

They are also concerned about the democratic ramifications of TTIP, with the proposed Investor-State Dispute Settlement (ISDS) being a mechanism for international corporate courts to resolve trade disputes between nation-states and companies.

The SNP had previously stated they had severe concerns about ISDS, but Hosie is the first senior nationalist politician to categorically rule it out.

The news comes as TTIP was debated in the Scottish Parliament on Wednesday afternoon, with Conservative MSP Jamie McGrigor the only politician in the chamber to advocate the trade deal without reservation.

The Scottish Parliament’s European and external affairs committee has taken evidence on TTIP from experts, and in its final report has expressed its concern about “aspects” of the deal.

Jen Stout, campaigner with 38 Degrees, said members of the campaign group sent over 27,000 emails to their MSPs the day before the debate expressing their opposition to TTIP, which was something that politicians “can’t ignore”.

“Our members are hugely concerned about TTIP and are getting together in big numbers to stop this trade deal in its tracks,” Stout said. “It’s more than just a trade deal – TTIP would affect everything from food safety to environmental protections and labour rights. It’s a corporate wish-list that would prevent our government from protecting its citizens and pursuing its own economic and social goals such as de-privatisation.”

“The fight to stop TTIP is fundamentally about protecting our democracy and that’s why people are taking action in such huge numbers. Our message to politicians is simple: you can’t ignore this issue, and you must take a stand.”

The UK Government supports the trade deal, including ISDS, and has denied claims that public services, including the NHS, could be under threat from TTIP.