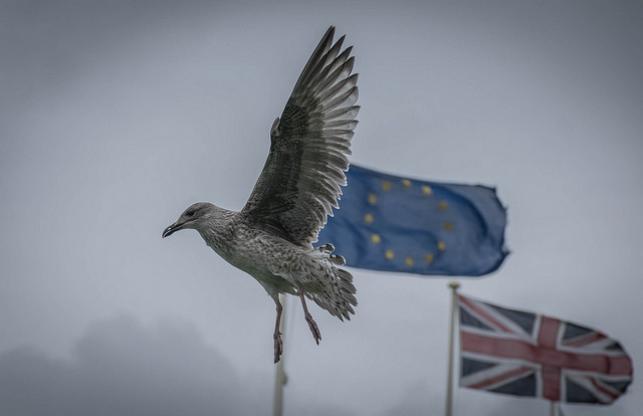 THE SNP HAS CALLED FOR cross-party support for a “reset” amendment to the EU Withdrawal Bill, which would result in the UK remaining in the EU on the current terms unless the UK Parliament agrees to the exit deal.

This follows confirmation on Monday by Brexit Secretary David Davis that MPs will get to vote on the final Brexit deal, and that the “agreement will only hold if parliament approves it”.

The move, seen as an attempt to appease pro-EU Tory MPs, has left critics within and outwith the party concerned nonetheless by the caveat that the UK will leave the EU on the stated exit date regardless, meaning that the choice may well be between the deal put forward, or no deal at all.

Last week, Prime Minister Theresa May proposed that the EU Withdrawal Bill be amended in order to enshrine the exit date and time – 11pm 29 March 2019 – in law.

The SNP has said a “no deal” scenario should not be considered and that remaining in the EU must be a possibility. Stephen Gethins MP said: “A ‘no deal’ scenario must be taken off the table.

“The SNP has put forward an amendment to the EU Withdrawal Bill – a reset amendment- which would ensure that the UK can remain in the EU. We must ensure the best possible outcome.

“We should also not be tied to an arbitrary date for leaving the EU if a deal is not done – the prime minister needs to act in the best interests of the country.

“We know there is concern across all parties about this Brexit Bill, and the government knows it will have to compromise. I call on all parties to back this SNP reset amendment to ensure we have a safety net should negotiations fail.”

The amendment, put forward by SNP MPs Ian Blackford, Patrick Grady, Stephen Gethins, Kirsty Blackman, and Peter Grant would mean that “failure by the Parliament of the United Kingdom to approve the terms of exit for the UK will result in the maintenance of UK membership on existing terms”.

The highly disputed EU Withdrawal Bill, to which MPs are expected to table amendments in the hundreds, is entering its committee stage, to be debated for two days this week, and later for a further six days.

Speaking in Birmingham following Davis’ announcement, Labour leader Jeremy Corbyn said: “Nearly 17 months since Britain voted to leave the EU, we are still none the wiser as to what our future relationship with our biggest trading partners is going to look like.

“The government can’t give a lead because the cabinet is split down the middle. Ministers spend more time negotiating with each other than with the EU. That gives the whip hand to grandstanding EU politicians.

“One week the Home Secretary says a no-deal exit from the EU would be unthinkable. The next week the Brexit secretary insists no deal must be an option.”

First Minister Nicola Sturgeon will meet with Theresa May on Tuesday to discuss Brexit and a number of other key issues.

The Scottish Parliament and Welsh Assembly will be asked to give their consent to the final EU Withdrawal Bill because it will impact on a number of devolved areas – although utlimately, this would not stop Brexit from going ahead.

At this stage, both the Scottish and Welsh governments have been clear that they would not consent to the bill in its current form.