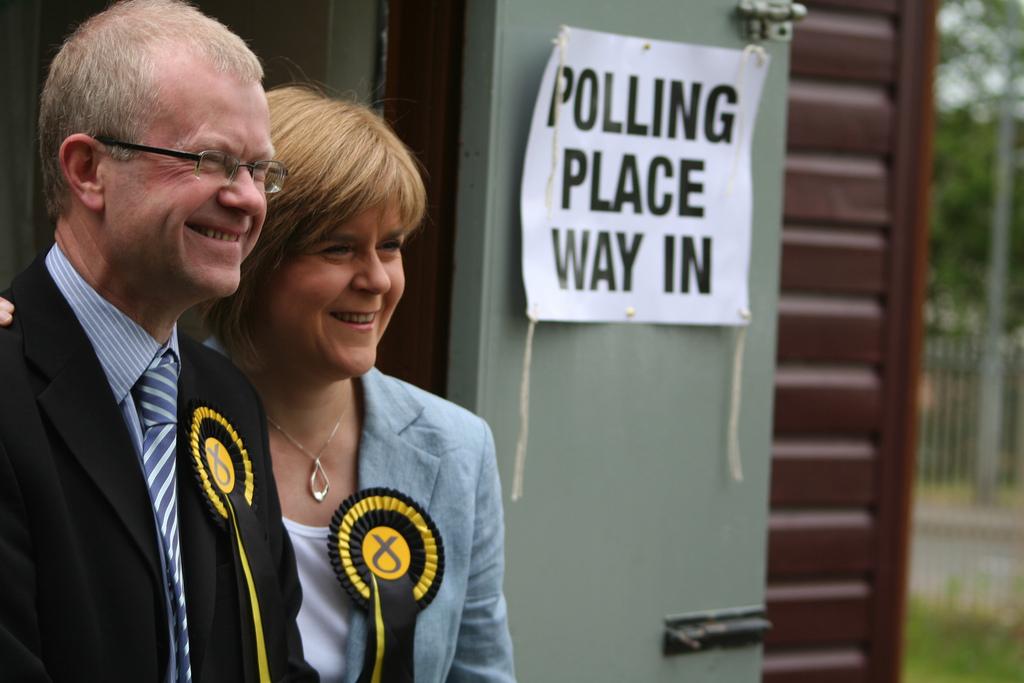 A NEW poll for STV news has put the SNP on course to completely wipe out every other party in Scotland, with the nationalists set to take all 59 Scottish seats.

The survey, conducted by Ipsos-Mori, puts the SNP on 54 per cent of the vote, and the Electoral Calculus website suggests the nationalists could, on those poll findings, win every seat in Scotland. Other electoral calculators put the Lib Dems on one seat and Labour on one seat.

The poll puts Jim Murphy’s Scottish Labour on just 20 per cent, an astonishing turnaround from the 2010 General Election, when the party won 41 seats with 42 per cent of the vote.

The Ipsos-Mori poll puts the Tories on 17 per cent in Scotland, just three points behind Labour. The Liberal Democrats are up by one point to five per cent, while the Scottish Greens are down two points to two per cent.

The poll also found 80 per cent of Scots certain to vote.

A TNS poll on Monday also gave the nationalists a 54 per cent share of the vote in Scotland.

Labour has won every General Election in Scotland for over half a century.

When Jim Murphy won the internal Scottish Labour election to become party leader last December, he said his aim was to get the party “winning again”.

SNP leader Nicola Sturgeon was widely acclaimed as the winner of the UK-wide TV debates earlier this month by political commentators and snap polls.