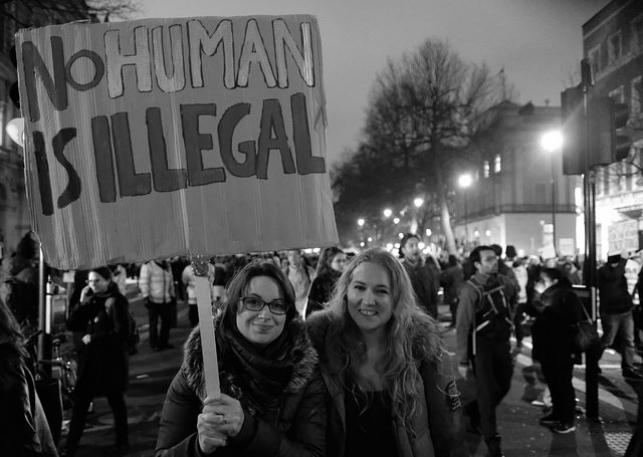 SNP WESTMINSTER LEADER Ian Blackford has reiterated his call for the UK Government to reform its policies on citizenship and immigration fees which have threatened undocumented children with a ‘citizen tax’.

Blackford first raised the issue on 23 May, when the Ross, Skye and Lochaber MP called on Prime Minister Theresa May to scrap the citizenship and immigration fees which may lead to tens of thousands of people – many of whom have children who have been born or have spent the majority of their lives in the UK – losing their ‘lawfully resident’ status because they cannot afford the expenses involved.

Citing evidence from the Just for Kids Law campaign, Blackford said that Home Office fees of this kind have increased 148 per cent since 2014 for lawful, long-term young migrants.

Responding to Blackford’s claims, May responded: “[He] cites a figure that I certainly do not recognise as the cost that he suggests applies for an application for citizenship here in the UK.”

May maintained that “a minor who has indefinite leave to remain will have access to benefits and entitlements, which put them on an equal footing to their British citizen peers, so a grant of British citizenship is not therefore required.”

However, in a letter to the prime minister following their exchange in the House of Commons, Blackford breaks down the expenses for such migrants, arguing: “Each application for limited leave based on long residence costs over £1,000, and on top of this are required to pay a £500 NHS surcharge, which is due to double to £1,000 later this year.

“This government is guilty of creating a generation of undocumented citizens, without the rights that many of us take for granted.” SNP MP Ian Blackford

“Furthermore, the application for permission to stay for long term young migrants is only valid for 2.5 years. Each young person subject to these fees will have had to make four applications for Limited Leave to Remain, and then they can apply for Indefinite Leave to Remain.

“At that stage these individuals will have already paid over £10,000 in fees to the Home Office before they can obtain settled status.”

Also, Blackford writes, “children who have been born here and who are already entitled to British citizenship, but are undocumented through no fault of their own, may pay £1,012 to be recognised as such.”

Many of these children will be unaware of their need to register until such time as they are required to prove their citizenship, at which point they will be unable to do so. As a result, they will be excluded from work, study, renting private accommodation and applying for social security.

The UK Government has been widely criticised for its “hostile environment” policy after Windrush scandal, and Blackford argued that the Home Office could be creating a new Windrush generation, and should not be making a profit out of children who are merely exercising their rights.

He said: “This government is guilty of creating a generation of undocumented citizens, without the rights that many of us take for granted.

“We are talking about young people who live here, who have to wait ten years and pay up to £10,000 to achieve permanent right to remain.

“Most will not have access to legal advice for the complicated paperwork, and the fees are extortionate.

“When I raised this issue at Prime Minister’s Questions, it was clear the Prime Minister had no grasp of the issue – that’s just not good enough.

“With the Government’s plans to introduce changes to fees and procedures in response to the Windrush cases, there is now an opportunity to also review and change these charges for children’s citizenship and residential applications at the same time.”

The call for reform on migration followed a report from Refugee Action which suggests a “dehumanising” approach to immigrants was systemic throughout the UK.

Refugee Action chief executive Stephen Hale commented that the detention, homelessness, poverty and bureaucratic inaction faced by Windrush children were widely familiar to asylum seekers, saying: “All of the things those people have been through are also experiences that people are going through as result of the asylum system.”

Further pressure was brought to bear on the UK Government’s immigration policy by SNP justice and home affairs spokesperson Joanna Cherry MP, who raised the matter of Denzel Darku, the Ghana-born trainee nurse now threatened with deportation, despite a public outcry and entreaties from the Scottish Government on his behalf.

‘’We need powers over migration to come to Scotland – we want nothing to do with the Tories’ hostile environment regime.” SNP MP Joanna Cherry

Cherry commented: ‘’The Tories’ hostile environment regime is damaging and callous – when we hear individual cases like Denzel Darku – the stupidity and cruelty of these policies is brought home to all of us.

‘’The UK government is failing our economy and our society. In the wake of the Windrush scandal, I called upon Theresa May to scrap her failed migration targets, her hostile environment policy, and to carry out a root and branch review of immigration policy, including devolution of powers over visas and immigration to Scotland.

‘’We need powers over migration to come to Scotland – we want nothing to do with the Tories’ hostile environment regime. Scotland cannot continue standing by while the UK Government damages our communities.”