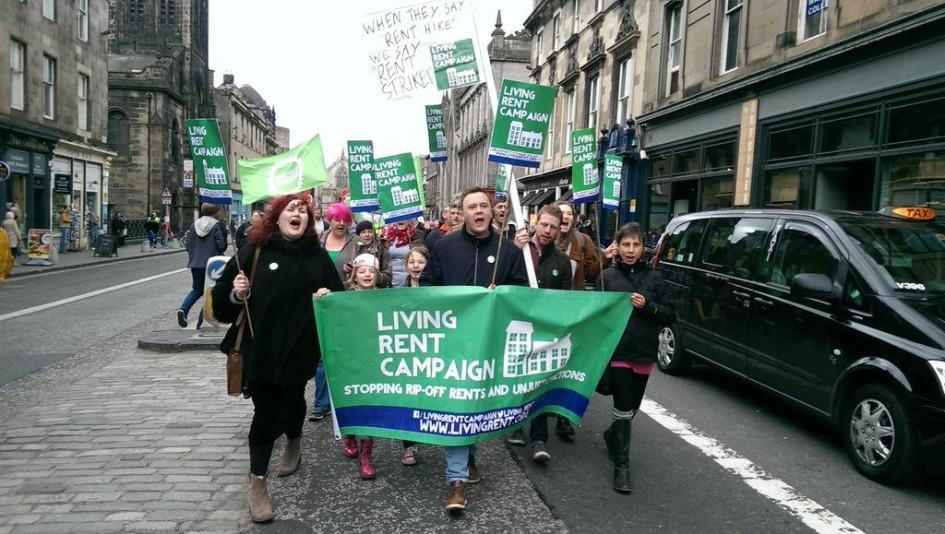 THE CAMPAIGN FOR RENT CONTROLS has received a further boost after the student wing of the Scottish National Party backed the policy at its national conference.

SNP Students, which represents party members at university and college, was unanimous in its support for the principle of rent controls and passed a motion supporting the ‘Living Rent’ campaign.

A Scottish Government housing consultation, including the issue of rent controls, is ongoing. The SNP leadership has yet to decide whether to back the proposal.

SNP Students National Organiser John West told CommonSpace: “Unaffordable rents affect many people across Scotland, but it is clear that students are hit particularly hard – especially in cities such as Edinburgh and Aberdeen.

“The Scottish Government has a very positive record in delivering both for students and for tenants in the private rented sector, with notable progress made in abolishing letting agents’ fees and introducing safe deposit schemes.

“However, rents in many parts of the country have been rising significantly faster than average earnings or the cost of living – and we know the UK Government’s austerity cuts will continue to hit those on low incomes, with young people being excluded from housing benefit altogether.

“SNP Students believe that now is the time for a general system of rent controls in Scotland, as is the case in many countries across Europe, in order to ensure fairer rents and affordability for tenants across the country. We look forward to engaging constructively with the Living Rent campaign and others in making the case for such a change.”

However, a motion in favour of rent controls was rejected from the provisional programme for the SNP October conference.

In an interview with CommonSpace , campaign organiser Gordon Maloney explained: “Damp flats, drafty houses and bug infestations are not just an inconvenience. They are killing people.”

Kezia Dugdale, the new leader of Labour in Scotland, has also backed the campaign.