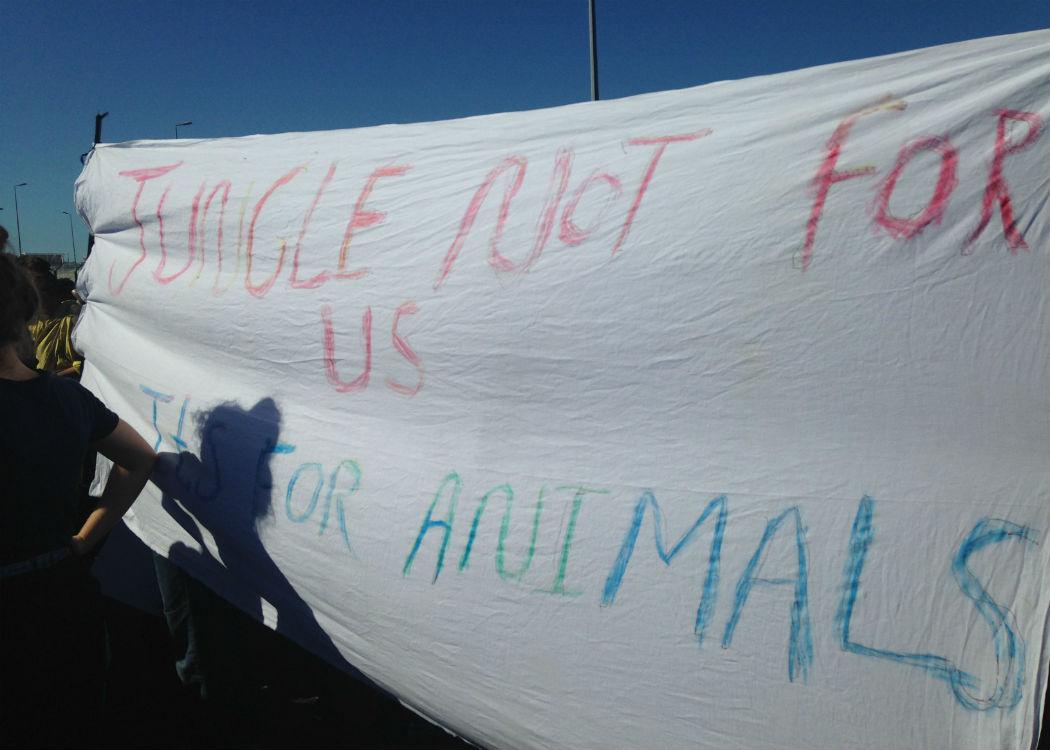 Thousands of refugees fighting French police to remain in camp

THE SNP has added its support to a host of organisations backing an open air rally in Glasgow on Saturday (5 March) in solidarity with people being forcefully evicted from the Calais refugee camp by French police.

The camp, also known as the ‘Jungle’, has been the scene of clashes between refugees and riot police since officers began evicting parts of the shanty town last week. Local authorities want to pull down large areas of the encampment to prevent refugees, most of whom are fleeing war and social collapse in Africa and the Middle East, from attempting to board lorries bound for the UK.

“Forcibly evicting men, women and children from what little shelter they have cannot be accepted.” Matt Yousif, protest organiser

Matt Yousif, one of the rally organisers who has recently returned from the Calais camp, told CommonSpace: “The demonstration is our chance to condemn the demolition of the camp while calling on our government to act upon the brutality imposed on those who have escaped oppression only to find inhumane treatment in Europe.

“Forcibly evicting men, women and children from what little shelter they have cannot be accepted. Many of us from Glasgow have spent time in the camp and while the conditions are deplorable, the alternative given by the French authorities is no better. Those who have fled persecution are now given one hour to leave their shelter or face arrest with spaces in renovated containers drastically lower than what is required.

“Glasgow has a long standing tradition of standing against injustice in all its forms. Tomorrow is yet another example.”

SNP MSP and human rights campaigner Sandra White will address the rally along with Pinar Aksu, a refugee rights activist and candidate for the Glasgow region for the Rise socialist electoral coalition, and deputy general secretary of the STUC Dave Moxham.

The Scottish Government has repeatedly called on the UK Government, which controls Scotland’s borders, to take more refugees from the European continent where as many as two million have fled in the last year. Prime Minister David Cameron has pledged to take just 20,000 refugees over five years from camps in and around Syria, one of the lowest numbers of any state in Europe.

Other organisations supporting the rally, which will be held from 12pm to 1pm on the Buchanan Street steps, include the Glasgow Campaign to Welcome Refugees, the Unite Youth Committee, the Scottish Refugee council, Scottish Action for Refugees, Rise and the Scottish Greens.

Further details of the rally can be found here .