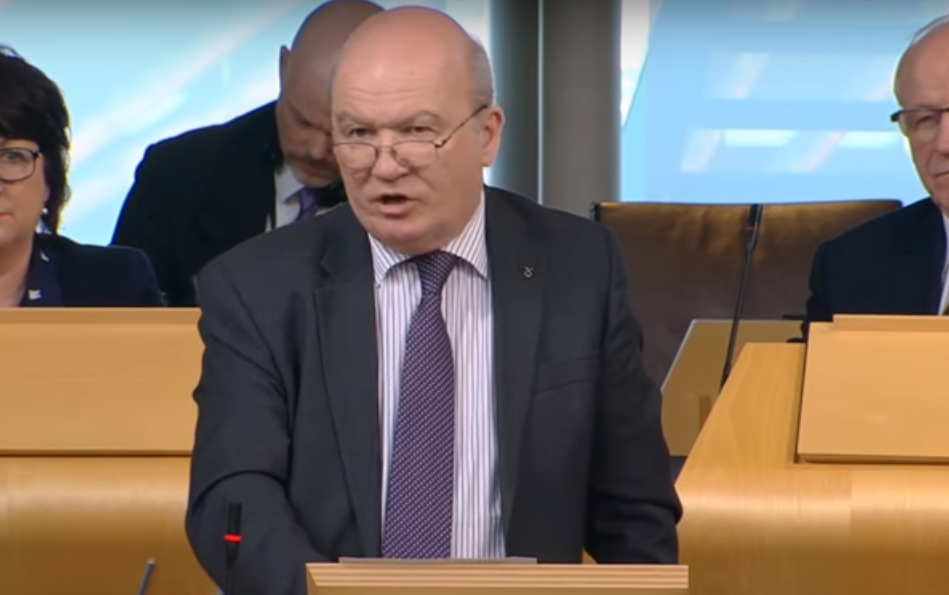 THE SNP ANNOUNCED on Thursday that it would replace its representative on the Scottish Parliament Corporate Body (SPCB), Gordon MacDonald MSP, with a female MSP in an effort to improve gender balance.

MacDonald is stepping down due to health related issues and the party has announced that the opportunity will be taken to redress the lack of gender balance.

This follows calls from Labour MSP Kezia Dugdale and SNP minister for parliamentary business Joe FitzPatrick to address the fact that all five party representatives and the presiding officer who make up the SPCB are men.

“My decision will also enable the SNP to nominate a female representative to the Corporate Body, to follow in the footsteps of Tricia Marwick and Linda Fabiani.” SNP MSP Gordon MacDonald

Gordon Macdonald, MSP for Edinburgh Pentlands, said: “It has been an honour to have served on the Parliament’s Corporate Body and to contribute to the running of Scotland’s Parliament.

“Having recently undergone an operation, I realise that it will not be possible for me to fully undertake my duties on the Corporate Body over the coming weeks and have made the decision to step down.

“Given the importance of the Corporate Body and the work it is taking forward, I believe it is vital to have a full complement of members in place.

“My decision will also enable the SNP to nominate a female representative to the Corporate Body, to follow in the footsteps of Tricia Marwick and Linda Fabiani. I look forward to working with my successor when I am back to full health.”

Former Scottish Labour leader Kezia Dugdale wrote to the SPCB earlier this week asking that the current membership step down in order to allow for a balanced group to be elected.

She said: “Knowing most of you well – I have no doubt in my mind that is a view which you are likely to share or at least have sympathy with.

“I also fully anticipate that the answer to my corporate body question this week will be to state that the gender of each party’s membership of the SPCB is a matter for the political parties themselves and not for Parliament.

“I am therefore writing to you today to float an idea which I hope you and the presiding officers will consider seriously and facilitate if agreeable.

“Not because you aren’t doing a good job – but because the parliament simply cannot take a lead on issues of gender equality authentically and realistically with an all-male team in my view.”

Dugdale explained that she had long been a supporter of equal representation in parliament, and said that “revelations of the past fortnight bring a sharper focus” to the importance of the gender make-up of the parliament’s decision making bodies.

Minister for Parliamentary Business, Joe FitzPatrick also called for action to improve gender balance in a letter to presiding officer Ken Macintosh. FitzPatrick said that, while a recent change in Standing Orders means that future nominations to the SPCB must have regard to gender balance, “more immediate action” was needed.

He said: “[Gender balance] could be achieved either by changing the membership or by increasing the size of the SPCB from the current five members to allow a greater opportunity to broaden its membership.”

FitzPatrick also linked the urgency of the matter to the recent allegations of sexual harassment in the Scottish Parliament and the fact that nine separate questions on that issue were submitted to the SPCB to consider.

The SNP is the first party to come forward with plans to replace its representative on the SPCB.