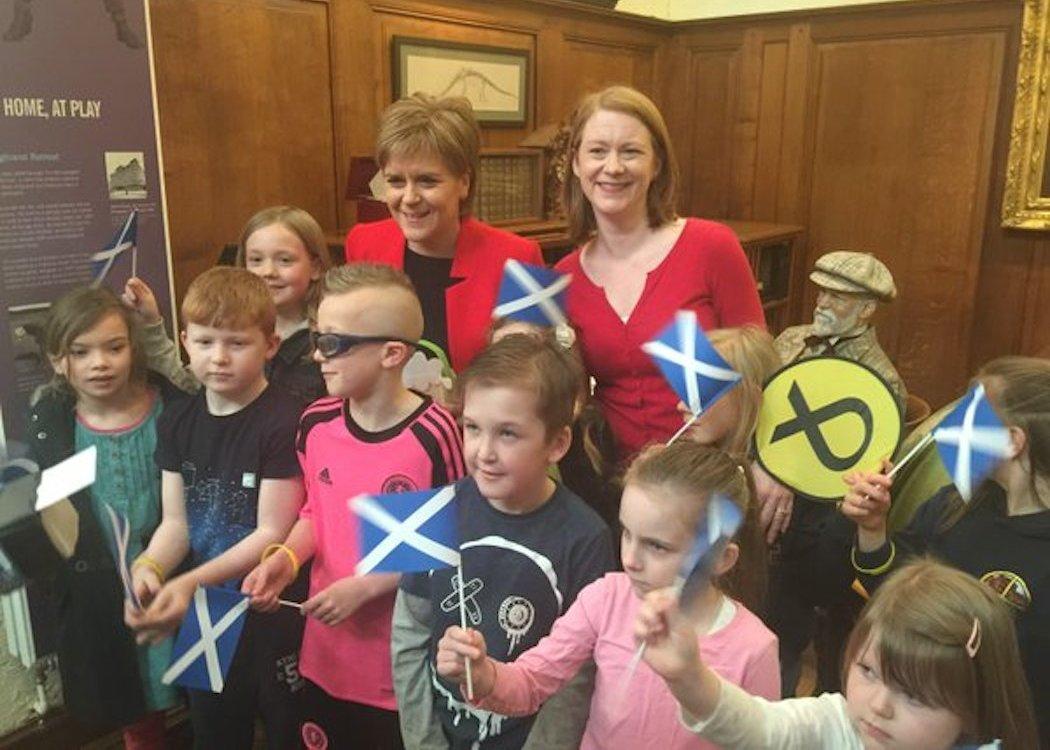 EVERY CHILD under the age of five will be provided with a mini-national flag as part of the SNP’s upcoming summer campaign aimed at persuading No voters to back independence, CommonSpace can reveal.

The scheme will provide towards 300,000 saltires to children before they reach primary school, an announcement that has been welcomed by Scotland’s flag makers.

The campaign aims to further promote the SNP as the “national party of Scotland” by ensuring universal provision irrespective of social class, place of birth, race or gender, sources say.

It’s understood the flags will be provided to children through the new ‘Named Person’ scheme, in which professionals take responsibility for tracking a child’s wellbeing.

A party source told CommonSpace: “Getting it right for every child is an important principle. Given the benefits of universal, national coverage, why shouldn’t we be getting a saltire for every child as well?”

The latest census found that a total of 292,821 children in Scotland are under the age of five.

Other recent flag-themed gestures include a contract signing between minister Keith Brown and Anglian Water chair Tony Donnelly, where the two men celebrated by pouring water from saltire-clad water jugs.

Jim Rampant of ‘Flying High’, one of Scotland’s largest flag companies, welcomed the announcement: “This is a welcome vote of confidence in the sector from the government. In difficult economic times, universal flag provision will make sure that no child is left behind. We’re glad that our lobbying for extra investment was listened to.”

However, the plan has also caused unease among unionists and leftwing critics.

RuleBritannia88 from Belfast took to Twitter to warn that “the flag waving nationalism of the SNP is dividing the country”.

Trade unionists have raised concerns that the flags will be massed produced in China before being moved to Amazon’s main depo in Fife.

Last year the UK Government announced plans to “proudly adorn” union flags on projects it funded in Scotland (and no, that one wasn’t a joke).