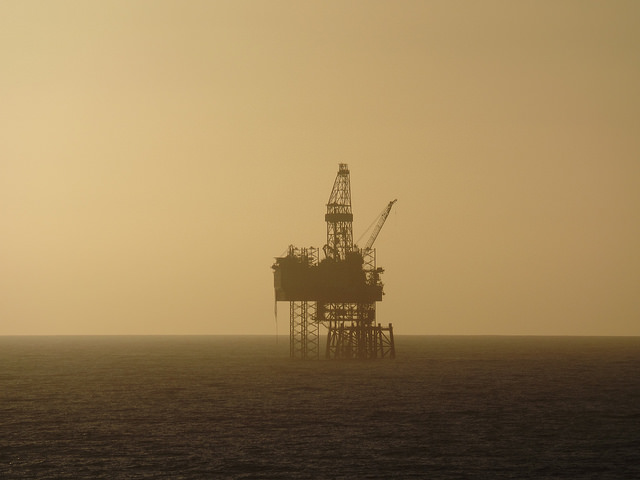 Conservative Chancellor of the Exchequer Phillip Hammond announced the new investment during a visit to Aberdeen and Dundee to speak before representatives of the Oil and Gas Technology Centre (OGTC). Hammond said the investment “will help exploration to find potential new deposits, and boost prospects for jobs in Aberdeen and the surrounding area”.

Hammond also promised that the Treasury was “pulling out the stops” on reforming the North Sea oil and gas tax regime, despite being unable to guarantee reforms would be in place in time for the next budget.

Responding to Hammond’s announcement, Hendry said that while the investment was welcome, “this is a very small step to take”, and accused to the UK Government of leaving questions unanswered regarding the effect of Brexit upon the energy sector.

“To put it into perspective, the UK Treasury has benefitted to the tune of £300bn from tax revenues over the years.” Drew Hendry

“They [the UK Government] need to urgently address the key concerns that are raised by the industry. To put it into perspective, the UK Treasury has benefitted to the tune of £300bn from tax revenues over the years and, in spite of repeated calls from the sector, they are still failing to address the status of late life assets, the tax regime and the growing concerns over the withdrawal from the common market and customs union for operations and staffing, all of which need urgent answers.”

News of the relatively low level of North Sea investment comes in the wake of competing claims regarding North Sea reserves’ future viability.

Last week, the industry body Oil and Gas UK (OGUK) rebuked research from the University of Edinburgh’s School of Geosciences which concluded that only 10 per cent of the UK’s original recoverable oil and gas reserves remained, claiming instead that production could continue until 2050.

Responding to the recently published research, OGUK chief executive Deirdre Michie said: “Nine new fields began production in 2016 and a further seven started producing in the first half of this year – most of which will still be producing in 2030.

“A further 12 are due on-stream by the end of next year. Some notably large developments will still be producing towards 2050.”

“With the right regulatory and fiscal environment, the basin has up to 20 billion barrels of oil equivalent remaining.” Scottish Government

A Scottish Government spokesperson responded to OGUK’s claims positively, saying: “Scotland’s offshore oil and gas industry has a bright future, and, with the right regulatory and fiscal environment, the basin has up to 20 billion barrels of oil equivalent remaining.”

Many within the North Sea oil and gas industry, including OGUK, have called for tax reforms relating to the decommissioning to be included in the autumn budget to support the energy sector and in particular small firms. These calls have been echoed by the SNP, with SNP MP for Aberdeen North Kirsty Black saying in April that the UK Government had shown “an alarming lack of urgency and support for the industry cannot be kicked in to the long grass”.

Despite widespread calls for future decommissioning tax reforms, an August report from the pro-independence think tank Business for Scotland, which accused Westminster of long-term mismanagement of North Sea oil resources, argued that the UK’s policy of subsidising large oil companies via tax rebates for decommissioning and oil field exploration had failed to produce results comparable to Norway, which instead aids energy sector workers via its sovereign wealth fund and maintains a 78 per cent tax on oil and gas.