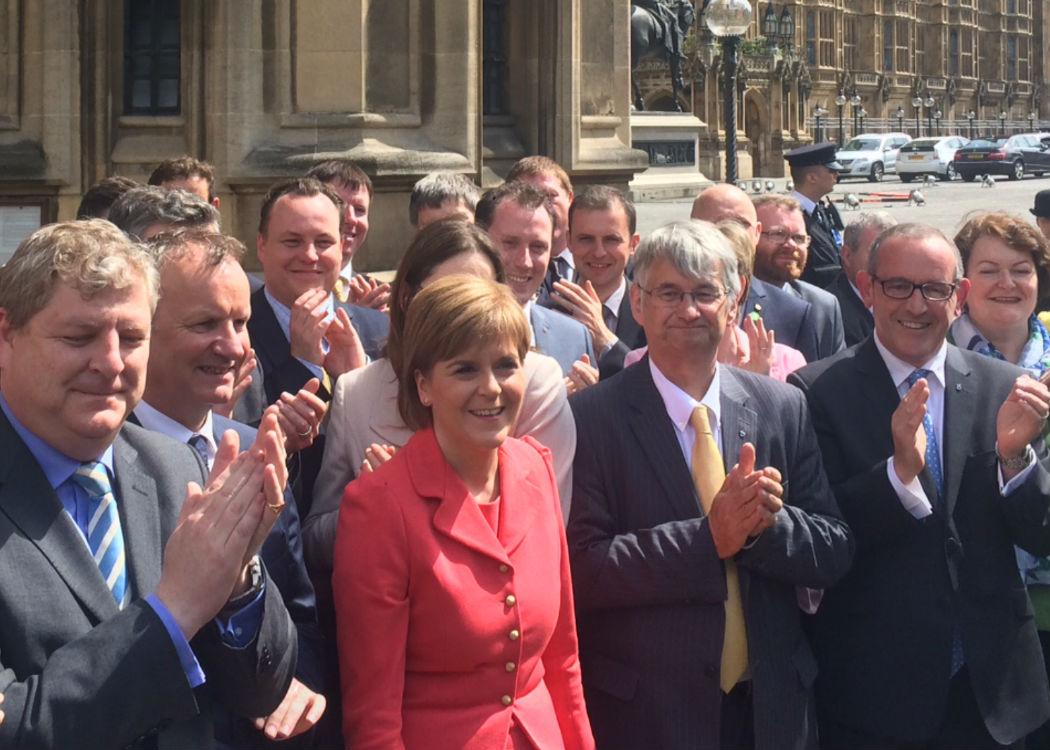 THE SNP will propose an amendment to legislation about an EU referendum to ensure that Scotland cannot be taken out of the EU against its will, deputy leader Stewart Hosie has said.

It is believed that Prime Minister David Cameron is set to fast track an in-out referendum on EU membership with a vote expected in 2016.

Whitehall sources told the Herald that the European Union Referendum Bill will be the first legislation published when the Tories lay out its plan for government next week.

The SNP is calling for a ‘double majority’, meaning that all four nations in the UK would have to vote to leave the EU in order for the result to be valid.

The party hopes it can use its increased influence at Westminster, with 56 MPs, to have success in amending and opposing Tory legislation.

“We will seek to amend the legislation to ensure that no constituent part of the UK can be taken out of the EU against its will,” said Hosie. “We will propose a ‘double majority’ rule – meaning that unless England, Scotland, Wales and Northern Ireland each vote to leave the EU, the UK would remain a member state.

“And we will call on all other parties to back our call. If the UK is truly to be a family of nations then the voice of the people of Scotland must be heard and respected by David Cameron.”

The bill regarding Britain’s membership of the EU will feature in the Queen’s Speech, which will be delivered on 27 May.

Also set to feature is a bill to implement the Smith Commission recommendations on the further devolution of powers to the Scottish parliament, a new British bill of rights to replace the Human Rights Act and reform the UK’s relationship with the European court of human rights, and a schools bill to make it easier to allow failing schools to be turned into academies.

Hosie said that David Cameron has his “priorities all wrong”, and that leaving the EU threatens around one in seven jobs in Scotland.

He continued: “Instead of fixating over ripping Scotland out of Europe, the Tories’ time would be better spent waking up to the fact that austerity isn’t working and ensuring that Scotland is given the powers it was promised in the final days before the referendum.

“Scotland’s voice must be heard on these vital issues. SNP MPs at Westminster will do all we can to ensure our interests are protected and the powers we were promised are delivered.”