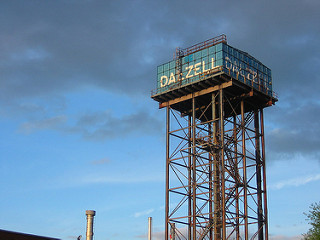 The SNP’s Marion Fellows says even companies like Dalzell Steelworks and BiFab should consider selling up to their workers.

THE SNP BUSINESS spokesperson at Westminster has backed a Scottish Parliament report calling for an increase in the number of worker owned businesses in Scotland and says even larger businesses need “greater democracy.’

Marion Fellows, the SNP’s Small Business, Enterprise and Innovation spokesperson in the House of Commons, backed the recommendations of a report released last week at Holyrood to grow the number of worker-owned and cooperative businesses in Scotland, but believes the focus should not be on small businesses alone.

She said: “For small businesses especially, the cooperative model can be extremely effective. But even in larger businesses we need greater democracy. In both cases, finances and services need to be put in place to give people the support to adopt and adapt to the model.

“In future, where owners are selling up – like Dalzell steelworks and BiFab were – worker-ownership needs to be seriously looked at as an option. Cooperatives are also more focused on sustainable and inclusive growth here in Scotland and will retain profits to be spent locally or to be reinvested.”

Dalzell Steelworks remains open only after 270 jobs were lost when the plate mill was mothballed by Indian conglomerate Tata Steel in 2015, along with Clydebridge Steel in Cambuslang. A Canadian firm took over the troubled engineering firm, BiFab, this year but the future of the workers’ still remains uncertain at best.

The report released last week by the Scottish Parliament’s Economy, Jobs and Fair Work Committee said that “employee-owned companies and co-operatives have huge potential to improve productivity, facilitate future growth, reduce inequality and retain jobs in Scotland” and called on the Scottish Government to “measure and publish” targets that would grow the number of employee-owned business being supported in Scotland.

Fellows said she would push the Scottish Government to adopt these measures.

She said: “Workers having control over their business can lead to higher wages, safer conditions, more leisure time and flexibility for parents and carers.

“Having a stake in their workplace motivates people to be more productive and power gives them the ability to innovate. We need to look at innovative models for improving our economy and working lives and I will be writing to Cabinet Secretary Keith Brown to back the Committee’s recommendations.”

Thorp said: “This model is particularly relevant when owners are selling a company. In these circumstances employee ownership and social enterprise models must become the default option.

“We urgently need to drive forward the number of social enterprises, co-operatives and employee-owned businesses in every community across Scotland and make workplace democracy the norm in every business.”