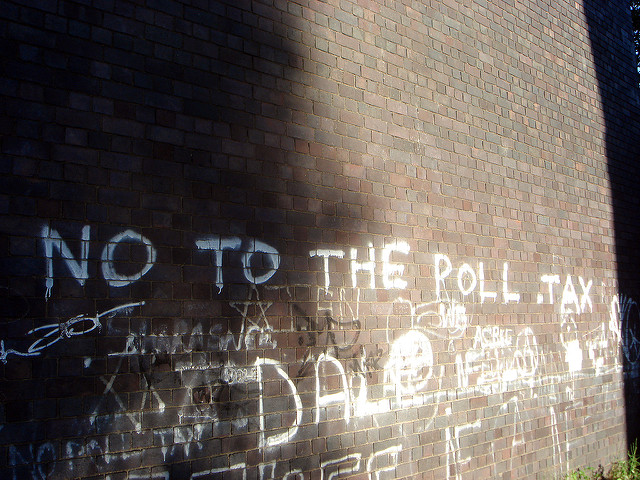 Blackford also reiterated his party’s demand for the “Tory policy disaster” of Universal Credit to be halted, following revelations that nine Scottish local authorities will spend close to £9m mitigating its destructive effects on low-income households.

“Theresa May must stop burying her head in the sand and urgently face up to this Tory policy disaster by halting the roll out of Universal Credit now.” SNP MP Ian Blackford

Blackford, the MP for Ross, Skye and Lochaber, said: “Theresa May must stop burying her head in the sand and urgently face up to this Tory policy disaster by halting the roll out of Universal Credit now.

“In her first speech as Prime Minister Theresa May pledged to fight against the ‘burning injustice’ of poverty but instead her government has pushed families further into crisis, debt and destitution – forcing thousands to rely on emergency aid and food parcels just to get by.

“Universal Credit is becoming Theresa May’s Poll Tax moment, and unless she demonstrates that she is capable of empathy with ordinary people, accepts this policy is flawed, and takes action fast, she ultimately risks destroying her own premiership.

“Families across the UK are already suffering as a result of this policy, and within a year Universal Credit is set to be rolled out across the whole of Scotland.” SNP MP Ian Blackford

“Instead of ploughing ahead with a flawed policy, in the same blinkered way that Margaret Thatcher did with the Poll Tax, she should listen to the evidence, and prove she is serious about tackling injustice by stopping the roll out of Universal Credit, and fixing the deep-rooted problems that have been known about since 2013.

“Families across the UK are already suffering as a result of this policy, and within a year Universal Credit is set to be rolled out across the whole of Scotland – hitting many more.

“Either Theresa May takes the time to fix the problems now, or she will forever be remembered as the person who stubbornly let hundreds of thousands of people be pushed into debt and crisis, when it could all have been avoided.”

Blackford joins a growing chorus of opposition politicians who have condemned Universal Credit and forced the UK Government onto the back-foot over the issue.

Perth and Kinross Council believe bad debts could cost the local authority £442,000, while Highland Council have taken on budgetary protection against bad debts that may run to £650,000, as well as a further £124,000 to cover “increased preventative work on managing rent arrears.”

READ MORE; Calls in Scotland for a halt to roll out of Universal Credit

The money earmarked for mitigatory or preventative purposes relating to Universal Credit by the nine councils amounts to £8.7m in total, which otherwise might have been spent on public services under council control.

SNP MSP Maree Todd further qualified the findings by pointing out that most Scottish councils did not respond to the FOI request, and the total amount spent by local authorities across Scotland to combat Universal Credit could be far higher.

This adds credence to First Minister Nicola Sturgeon’s claim at First Minister’s Questions last week that Scotland is increasingly strained by the cost of mitigating Tory welfare reform in particular, and austerity-related cuts in general.