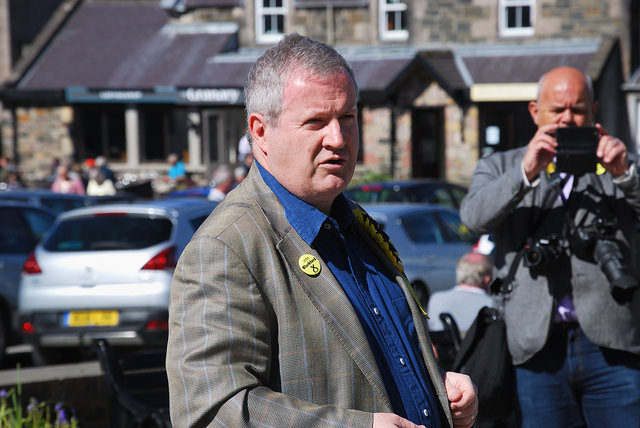 THE SNP’s Westminster group leadership is re-organising it’s internal structures to prepare for a perfect storm of austerity measures, according to it’s social justice spokesperson.

Speaking to CommonSpace, Neil Gray MP said that the party’s decision to merge some of the functions of its economics and social justice teams was designed to respond to the deterioration of the UK economy and a host of forthcoming austerity measures.

The announcement comes as indications show private debt rising and economic growth slowing, making the UK the worst performing major world economy a decade since the first signs of the global economic crisis in 2007.

“Working age benefits are being cut, at the same time wages are stagnating or falling in real terms and you’ve got the on-rush of inflation which is certainly been boosted by the Brexit vote and the Tory Government’s approach to Brexit.”

To deal with growing economic problems the SNP Westminster group has combined the work of it’s economics and social justice teams to “bring people into the economic discussion” after seven years of austerity which has reduced living standards for the many across the UK. The group are calling this model ‘inclusive growth’.

.“What we are doing now is trying to bring together the social justice team, focused in on shadowing the Department for Work and Pensions (DWP) and aspects of other departments that deal with social security and housing and other social justice issues and the economy team that predominantly shadowed the treasury department,” Gray said.

The plans, which had first been developed under Eilidih Whitford have been pushed ahead since the election of Ian Blackford as SNP group leader (14 June) following the General election.

“It’s not a financialisation of social security its the opposite, it’s bringing people into the economic discussion,” Gray added.

“It’s an overall strategic thing about making sure we have a joined up in our approach.

“His vision was to have an inclusive growth team as opposed to two separate economy and social justice teams was very much central to his plans, and making sure we were joined up and putting people at the heart of the economic discussion.

“You only need to look at some of the reports and figures that are coming out about wages and about wage stagnation, about people’s dependence on food banks to see that austerity is ripping the heart out of the economy.” Neil Gray MP

“You only need to look at some of the reports and figures that are coming out about wages and about wage stagnation, about people’s dependence on food banks to see that austerity is ripping the heart out of the economy,” he said.

A debate has raged in the Tory party since the loss of the Conservative majority in the House of Commons at the General Election of wether austerity continues to tenable. Open infighting has broken out over whether or not to lift the one per cent pay cap, a de facto pay cut against inflation, which is currently in force across the economy.

Gray also said that though Brexit was a complicating factor in the UK’s economy, the legacy and continuing process of austerity was the heart of the issue.

“Uncertainty over Brexit has obviously had an impact, but the underlying problems that we are seeing are coming from austerity.”

“Uncertainty over Brexit has obviously had an impact, but the underlying problems that we are seeing are coming from austerity. Brexit has just amplified that.”

The UK Government maintains that the economy has held up well in recent months, citing the growth in employments across large parts of the country, and for and a half years of growth in the economy since recovery from the crash began.

Chancellor Philip Hammond said he was “proud” but not “complacent” over the government’s record.

Conservative ministers have been meeting (26 July) to discuss future trade with countries around the world in preparation for Brexit.