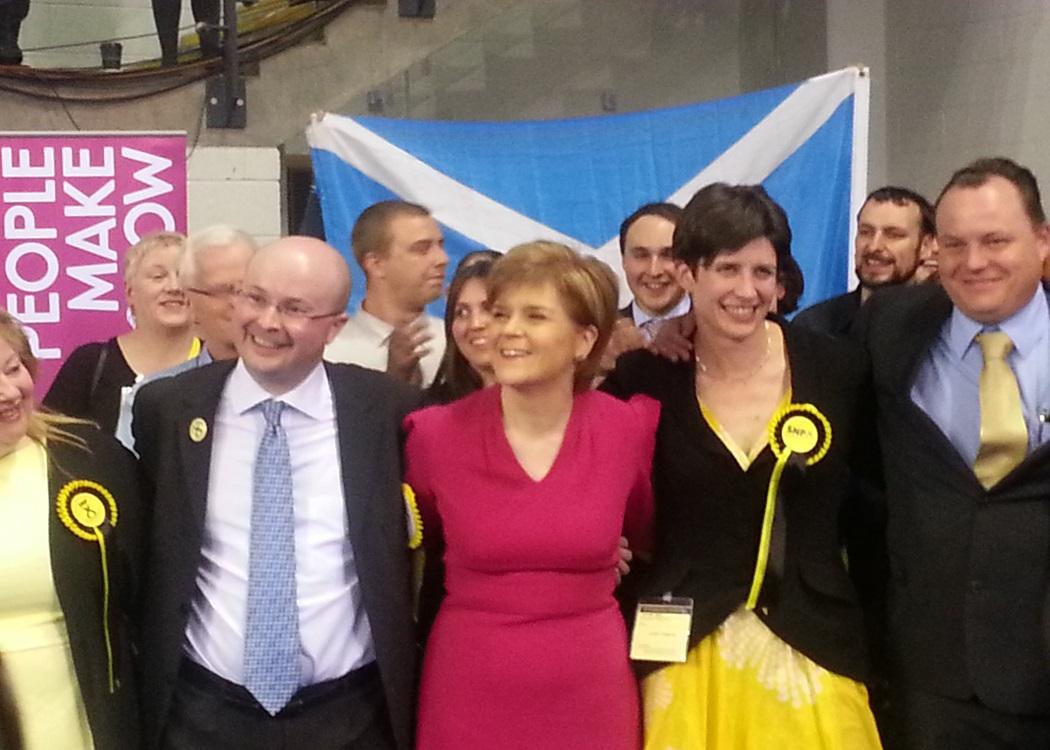 THE SNP has taken an unprecedented 56 out of 59 seats in Scotland in the UK General Election and knocked Scottish Labour leader Jim Murphy out of Westminster.

In a seismic General Election result, the Conservatives are now tipped to govern the UK after a significantly better result than expected, while the SNP has almost wiped out every other party in Scotland.

The Berwickshire, Roxburgh and Selkirk constituency – won by the SNP – was the last to declare its result after going to a re-count.

While opinion polls increasingly predicted a landslide for the SNP in Scotland, the polls appear to have been caught short on the vote in the rest of the UK. A hung parliament was widely expected, but the election exit poll released at 10pm on Thursday night projected the Conservatives to win 316 seats, and Labour a notably lower 239.

Analysts are predicting a Conservative government, although votes are still being counted and the final result is unknown.

The result in the rest of the UK will come as a blow to the SNP’s hopes of working with Labour to form a majority in Westminster and keep the Tories out, although SNP leader Nicola Sturgeon insisted as results came through that Labour and the SNP should resolve to work together if it is ‘arithmetically possible’ to keep David Cameron out of office.

Speaking at the Glasgow count, Sturgeon described the SNP’s result as “historic”.

“The political firmament, the tectonic plates in Scottish politics have shifted,” she said.

“What we are seeing is a historic watershed.

“Whatever the government is that emerges at Westminster, they cannot ignore what has happened in Scotland.”

The SNP took all of the seven Glasgow seats, knocking out Anas Sarwar in Glasgow Central, while former SNP leader Alex Salmond won his seat in Gordon. Labour’s Ian Murray held his seat in Edinburgh South, beating off competition from the SNP’s Neil Hay – 19,293 votes to 16,656 – while the Liberal Democrats also only managed to keep a single seat, Scottish Secretary Alistair Carmichael’s constituency in Orkney and Shetland. The Conservatives held their seat in Dumfriesshire, Clydesdale and Tweeddale.

Despite losing his seat, Jim Murphy vowed to continue leading the Labour party in Scotland.

CommonSpace will have further news and analysis of the General Election result throughout Friday as the final picture emerges.