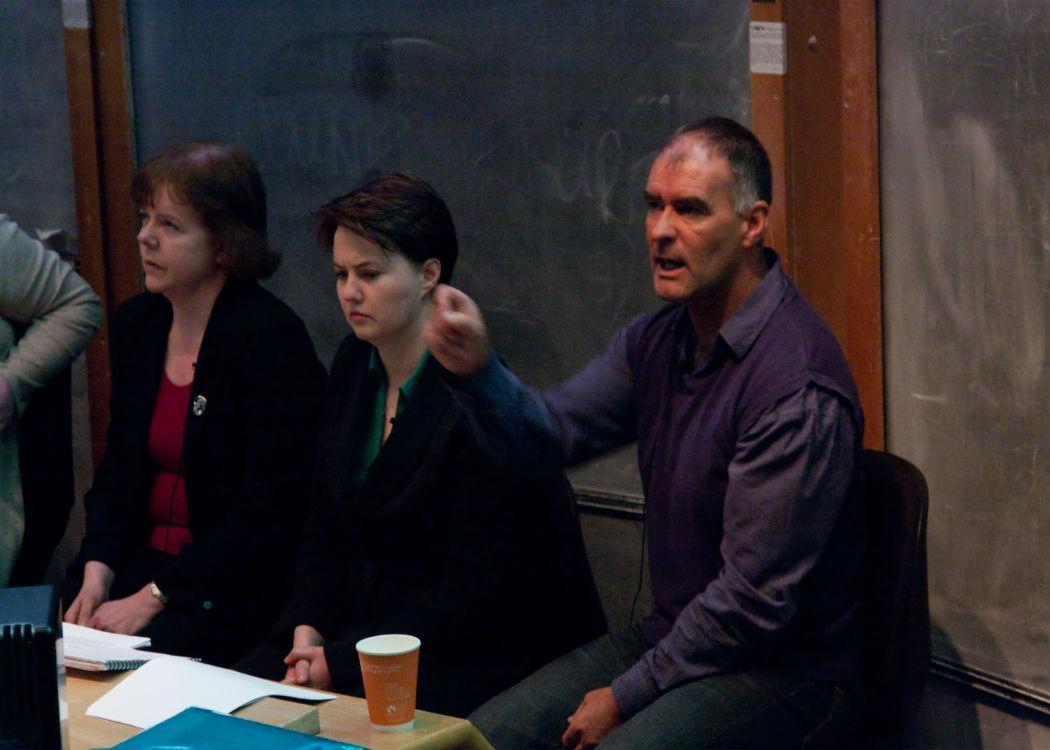 THE SNP has adopted a new position that its women candidates for the 2016 Scottish elections will not share any election platforms with the controversial Solidarity party leader Tommy Sheridan.

The new policy was announced after Suzanne McLaughlin, who is standing on the Glasgow list for the SNP, withdrew from a hustings event in Govan in Glasgow attended by Sheridan and a range of candidates from across Scotland’s political parties yesterday (13 April).

Shortly before event commenced, hustings organisers announced that McLaughlin had been replaced by Ivan McKee, a fellow Glasgow list candidate.

“I am proud of my party’s stance on this issue however I’m disappointed that I won’t be able to speak to the people of Govan community.” Suzanne McLaughlin

Speaking to CommonSpace, McLaughlin confirmed that she had withdrawn from the hustings due to Sheridan’s presence on the panel, the line-up for which had been established for several weeks.

She said: “I will not be attending the hustings as the SNP has a policy that women do not share a platform with Tommy Sheridan.

“I am proud of my party’s stance on this issue however I’m disappointed that I won’t be able to speak to the people of Govan community.

“Ivan McKee will do a grand job as my replacement.”

An SNP spokesperson also confirmed to CommonSpace that it was now the party’s position that no woman candidate would speak alongside the former SSP MSP.

Asked why this was the case, he added: “Given Sheridan’s history we don’t think it’s appropriate.”

Sheridan has been a controversial figure in leftwing Scottish politics since his defamation case against the News of the World newspaper in 2006 led to a damaging split in the SSP, a party he had helped to found.

The new position represents a significant development in the practice of ‘no-platforming’ Sheridan, with specifically women candidates being excluded from speaking on platforms as a matter of party policy.

Allegations that Sheridan’s comments about leading women members of the SSP during the split amounted to misogyny led the Women for Independence group to adopt a policy of no-platforming Sheridan during the independence referendum.

In September 2015 First Minister Nicola Sturgeon said she would not share a platform with Sheridan , who was convicted of perjury in 2010.

Sheridan campaigned for a vote for the SNP in the 2015 General Election, and continues to state he will back the SNP with his constituency vote in the upcoming Scottish Elections.