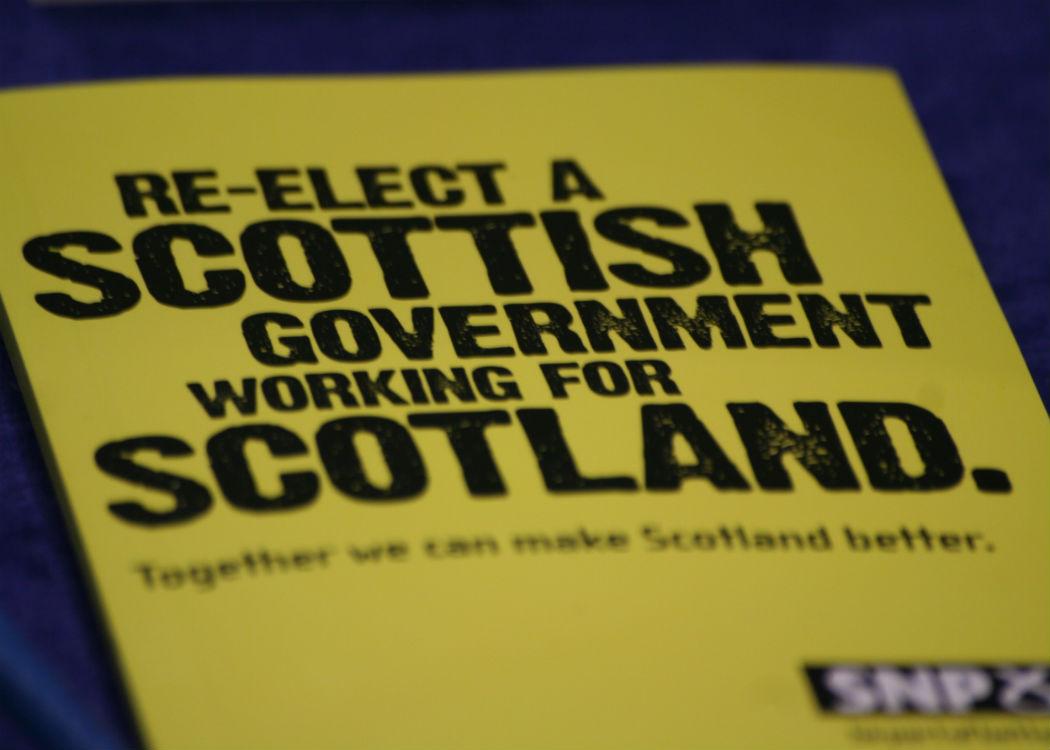 THE SNP is meeting for three days in Aberdeen to decide its policy on all matters governance in Holyrood and all matters opposition at Westminster.

It has been the most historic 12 months in the SNP’s existence; incorporating the climax of the independence referendum, the post referendum explosion in party membership and its landslide election victory at the 2015 General Election, winning 56 out of a possible 59 Westminster seats.

CommonSpace looks at five of the big issues at the SNP’s 2015 conference.

The Scottish Government has recently extended its moratorium on fracking to include underground coal gasification. The decision means a comprehensive halt to all forms of unconventional gas extraction or ‘Fracking’ in Scotland.

The energy exploration measures have aroused controversy around the world and in Scotland, where energy firm Cluff Natural Resources has explored underground coal gasification in the Firth of Forth , and the Ineos corporation has begun controversial drilling to test fracking methods .

Though the moratorium is in place, the conflict between campaigners, many organised within the SNP, and energy companies, represented at the SNP conference by Ineos, goes on.

TTIP is a series of negotiations between the EU and the US and aimed at reducing government regulation in significant areas of economic and social life.

Though a Resolution condemning the manner in which TTIP has been discussed at an EU level, and calling on the SNP government to protect Scottish public services from privatisation will be moved at the conference, the provisional resolution did not call for outright opposition to the partnership in general.

Scotland has the one of the most un-reformed land economies in Europe , with ownership massively concentrated in a few hands and few tenants’ rights.

The Scottish Government Land Reform Bill is hotly contested by land reform campaigners, many of whom believe it is valuable but not radical enough. A resolution advancing limited proposals is expected to come before the conference.

Additional powers campaigners call for include the compulsion to register land owned on offshore tax havens, compulsory sales orders that would force the selling of derelict land and the right for tenant farmers to buy their land.

4. The STUC general secretary will speak at SNP conference for the first time

Marking the historic weakness of the Scottish Trade Union Congress’s traditional home party, Scottish Labour, the STUC’s general secretary, Grahame Smith, will speak at the SNP conference for the first time. It’s the first time any official representative of the STUC has spoken at an SNP conference.

The key note is likely to be the mutual opposition of the SNP and the STUC to the Conservative government’s anti-trade union bill , which will restrict the ability of trade unionists to go on strike.

In August CommonSpace revealed that there was no mention of a possible second independence referendum on the provisional agenda for the SNP’s 2015 conference.

A debate organised by the Law Society of Scotland was set to tackle the issue, but it has now been cancelled.

Nicola Sturgeon could potentially announce a new development on the referendum front, or the first minister could re-iterate her well-rehearsed but vague position that “the people of Scotland will decide” when and if another referendum is to be held.

CommonSpace will be running a live news room from the #SNP15 conference in Aberdeen. Readers can keep up to date with developments on the CommonSpace website and via our Facebook and Twitter feeds.