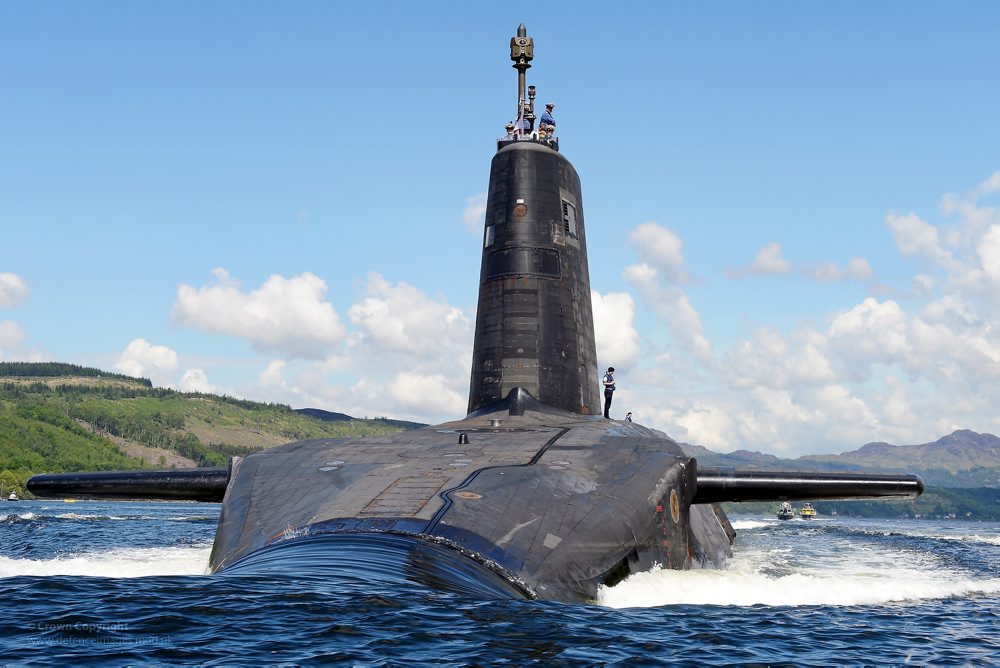 A RESOLUTION at the SNP conference in Glasgow calling on the Scottish Government to empower local authorities to block the transportation of Trident nuclear materials through Scotland has passed overwhelmingly.

The motion from East Kilbride SNP branch called on the Scottish Environmental Protection Agency (SEPA) to use its remit over control of radioactive materials in Scotland to prohibit the transportation of Trident-related materials through Scottish local authorities.

Motion 12 reads: “Conference resolves to support and encourage Local Authorities Scottish Environmental Agency (SEPA) to take any action within their powers to stop the transportation of dangerous materials, including nuclear weapons through the environs of Scotland.

“Conference resolves to support any measures by the Scottish Government to enhance the powers of local authorities which would enable them to outlaw transportation of nuclear warheads and related waste through Scotland’s environs.”

“Note the action taken by citizens – for example, Brian Quayle. Brian was jailed for stopping nuclear transport in Scotland.

“Note the PM of the United Kingdom has pledged to press the nuclear button. She needs treatment.”

MacDonald also argued that Nato membership was “incompatible” with the party’s stance on the abolition of the Trident system.

Summing up before the vote, MacDonald said: “I want to see Scotland free of nuclear weapons and not only that, to realise all the wonderful plans we have for independence.

“But for that, we have to stay alive.”

MacDonald added that passing the motion would be Scotland’s contribution to the international movement that has established an international nuclear weapons ban through the UN.

Those supporting the motion brushed aside criticism that the devolution settlement would not allow such a block to take place.

Delegate Jack O’Neil told the conference: “It’s a fantasy, under any devo settlement, the Scottish Government could never override the MoD [Ministry of Defense].”

Brian Smith told conference he agreed with the “sentiment” but not the “wording” of the motion: “I don’t want to see it stopped. I want it [Trident] out.”

Speaking for the motion, South Lanarkshire Cllr Geri Gray said: “These convoys on the road are on the road; the safety risk is seniors.”

Gray said that though defence is reserved to Westminster, the safety of the Scottish public was devolved and that responsibility demanded action.

“Nuclear weapons  are transported hundred of miles along our roads” without, she said, nuclear warnings or full notification of appropriate authorities.

“The routes of these conveys travel nearby population centres,” Gray warned.

SNP trade union group and SNP CND activist Bill Ramsay said the move would allow the SNP to continue to educate the Scottish public about the limitations of devolution.

“You should support the motion wholeharetedly,” he said.

“We have to take a position where we are able to inform… the public of Scotland.

“It is absolutely crucial that we go out and speak to the people of Scotland.”

“SEPA must have the powers to stop the transportation of nuclear materials across our beautiful countryside.”

Attempts to implement the restriction on the movement of nuclear materials could bring the Scottish Government into conflict with the MoD.

Trident is set to be renewed by the UK Government at the cost of £205bn to the taxpayer. The submarine based weapon system is largely controlled and supplied from the US.