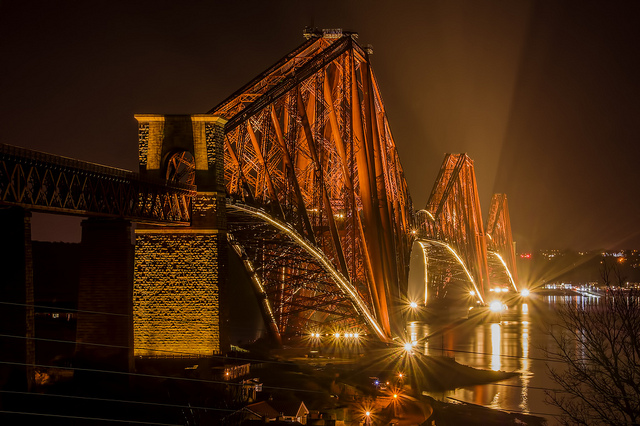 Campaigners welcome the endorsement of SNP grassroots, despite an attempt to remit back the resolution

THE SNP CONFERENCE in Aberdeen today [8 June] voted overwhelmingly to support the creation of a Scottish National Infrastructure Company (SNIC), a public alternative to private sector involvement in the creation of major infrastructure projects such as schools, hospitals and roads.

Should projects of this kind be funded via the SNIC, in cooperation with the Scottish Government and local authorities, the private sector could effectively cease to hold a stake in public infrastructure throughout Scotland.

Proposed by former SNP MPs Anne McLaughlin and George Kerevan and backed by the grassroots campaign SupportSNIC, the proposal had already won the support of numerous SNP MSPs and MPs ahead of the resolution being presented. An open letter to Cabinet Secretary Keith Brown yesterday [7 June] in favour of the SNIC included amongst its signatories the Scottish Trade Union Congress, trade unions Unite, Unison and the TSSA, as well as several members of the Royal Incorporation of Architects in Scotland.

Seconding McLaughlin’s resolution on the first day of the conference, Kerevan argued: “What we have relied on over the past generation is a situation where the banks put together money, and they want to make as much return as possible, so we end up with very ill-managed projects.

“We’ve seen it time after time – companies say they can deliver far cheaper, far quicker than they actually can ever do, they get delivery of the contract… and they simply cannot deliver, and they walk away from it.

McLaughlin and Kerevan both invoked the infamous example of the company Carillion, which collapsed earlier this year, to demonstrate the kind of risk to public infrastructure projects that they argue a SNIC could avoid.

The Scottish Government has already replaced the Private Finance Initiatives (PFI) instituted under Labour – which costed taxpayers as much as five or six times the value of the asset – with a new system of Non-Profit Distribution (NPD), capping profits at 12 per cent.

The SNP endorsement of the creation of a SNIC came in spite of an unsuccessful attempt by SNP delegate Doug Daniel to remit back the resolution.

Daniel emphasised that his objection was not to the idea itself, but because he felt it was not “an SNP resolution”. Daniel suggested that it was instead a resolution that had been written by “an external lobbying group”, which he left unnamed. However, a response from Anne McLaughlin suggested that the group referred to was the pro-independence think tank Common Weal, which has been among the SNIC’s most prominent advocates.

SNP councillor Graham Campbell responded that “it really does insult the intelligence of branch activists” to imply that they “don’t know how to draft a conference resolution, or consult branches.”

McLaughin also offered a rebuttal, saying: “Regarding the remit back, that’s not how it happened, Doug. I don’t tend to speak about things and push for things that I don’t believe in, but yes, I did speak to people at Common Weal; I spoke to people in the party – you will see there are seven branches who supported this. I am the grassroots of this party – remember, I lost my seat a year ago.”

Commenting following the SNP’s endorsement of the infrastructure company, SupportSNIC campaign coordinator Rory Steel said: “This is a great achievement for the grassroots of the SNP and one that could see the complete ending of Public-Private Partnerships, bringing in an era of Public-Public Partnerships.

“Private interests have no place in public matters. The emphasis would go back onto achieving quality, value for money infrastructure that will serve communities, not maximising profits that would otherwise be spent on design and construction.

“As a result, SNIC will ensure that infrastructure acts as public assets rather than being privately financed and owned. It will build a legacy for Scotland and generations to come.

“There is also an opportunity to review procurement practices. Companies that pay low wages and blacklist should face the blacklist themselves. With 2,340 workers losing their livelihoods as a result of Carillion’s mismanagement, job security can be attained.

“We hope the SNP leadership now shows that it is listening to the membership and civic Scotland and make a public announcement that they are investigating SNIC’s creation.”

Dr Craig Dalzell, head of research at the Common Weal think tank – research from which has indicated that a SNIC working in concert with a Scottish National Investment Bank could have saved Scotland £26bn since the Scottish Parliament was established – told CommonSpace: “Common Weal would like to congratulate the SNP for passing the motion to support the establishment of a Scottish National Infrastructure Company and to thank all of the members and branches within the party who discussed the proposals and who brought them to conference.

“The infrastructure company, working in conjunction with the Scottish National Investment Bank, will open up a revolutionary way of delivering public infrastructure in Scotland and to do it in a more effective, more sustainable and far cheaper way than the private schemes used up till now.”

Other motions carried by acclaim include resolutions condemning the use of force against the Palestinian people during ‘Land Day’ this year, supporting wage ratios – which would tie the highest paid earnings in a company to the lowest waged – and in favour of Scottish pension funds to be invested in the new Scottish National Investment Bank.