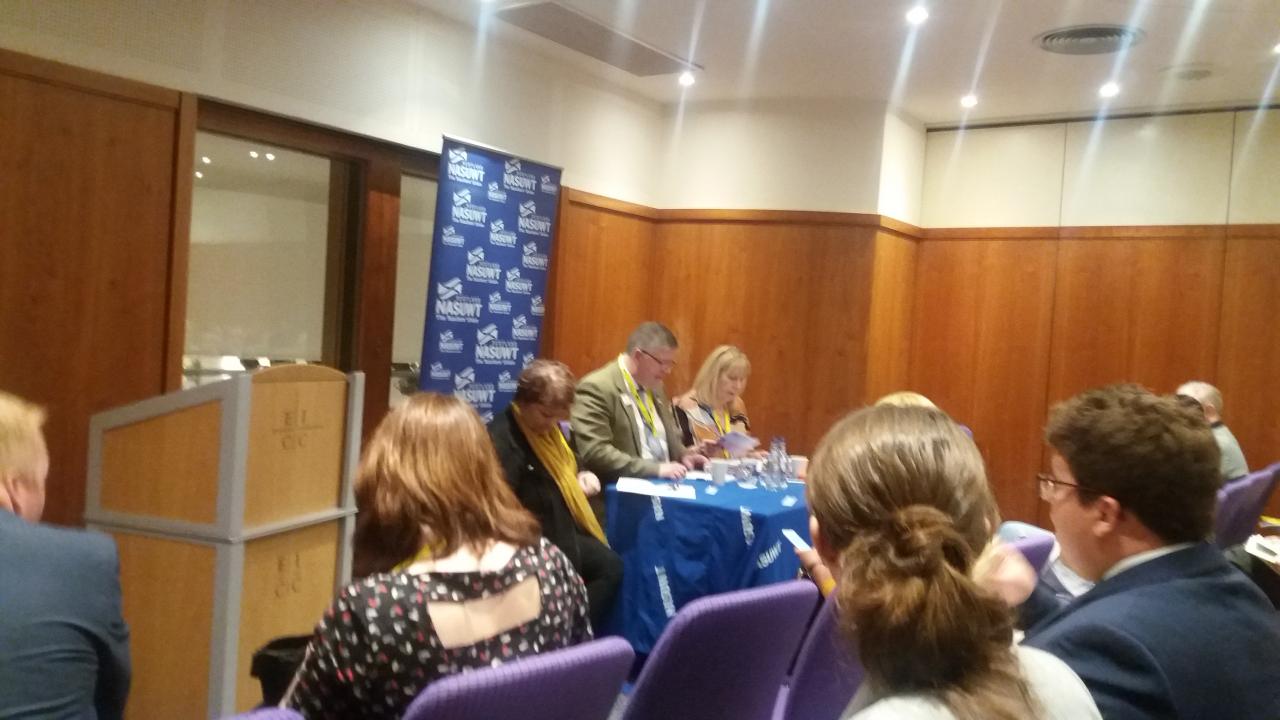 Fringe events at the first day of the SNP’s Edinburgh Spring conference sees the NASUWT teachers’ union air discontent on discipline in schools, while the Common Agricultural Policy spurs debate

SEVENTY-ONE per cent of teachers represented by the NASUWT teaching union are considering leaving the profession, while 76 per cent consider pupil indiscipline to be a problem in their schools – an increase from 50 per cent in 2018, SNP delegates were told at a fringe meeting at the party’s Edinburgh conference today [27 April].

This follows a poll of nearly 5,000 NASUWT members conducted by the union which found that 24 per cent say they face violence once a week in their jobs, while 42 per cent have been threatened verbally.

Addressing a fringe meeting on the issue alongside SNP MSP Rona Mackay, deputy convener of the Scottish Parliament’s Education Committee, NASUWT Scotland rep Jane Peckham commented: “The culture seems more to be about what is it you’re (teachers) doing wrong, what can you do?”

Peckham emphasised that teachers in Scotland had the “best interests of our young people at heart”, but said that when “being kicked in the head, or spat at, or told to eff off” became regular and unavoidable, with no effective sanctions against pupils available, a sense of hopelessness could set in within the profession: “What is it we’re supposed to do?”

Peckham continued: “We cannot have situation where members are on a daily basis going into work and facing this abuse, because it’s on the increase.

“We cannot have situation where members are on a daily basis going into work and facing this abuse, because it’s on the increase.” NASUWT Scotland rep Jane Peckham

“A particular school had 10 incidents in one day, one member of staff found wandering with concussion in the playground and not a single sanction on the pupils who had created that.

“That is not a culture we want in our country.”

Mackay responded that “violence against teachers is unacceptable at every level,” and said that: “Violence against public-sector workers in any profession just can never be tolerated.”

Mackay highlighted the Scottish Government’s revised guidance on managing exclusions and challenging pupil behaviour, released two years ago, and emphasised the need to examine underlying reasons for indiscipline which escalates into violent or abusive behaviour.

In the past month, NASUWT delegates passed a motion committing the union to defending members “through all legitimate means, up to and including industrial action” from violence in the workplace.

Meanwhile, the Scottish Government’s minister for the rural economy clashed with the National Farmer’s Union Scotland over the value of the Common Agricultural Policy ahead of a potential break with the EU.

Jonnie Hall, director of policy at the NUFS said that Scottish agriculture could benefit both in terms of ecological impact and efficiency.

“Scotland was in a comfortable place within CAP,” he said, adding it did provide benefits.

“But it mean’t we didn’t develop our own industry in some regards” he argued.

In recent decades CAP “drove the intensive industrial farming methods” which promoted some of the most environmentally destructive practices.

At the same time, he said it “it is not promoting innovation and diversification…it isn’t driving opportunity” as much as could be done with a renewed focus on the Scottish industry following Brexit.

The NFU’s presentation stressed that “Brexit is the catalyst for change but not the reason for change” and that upsides could be found from leaving the EU. He also commended the Scottish Government’s attempts to shore-up business confidence in the agricultural sector.

Fergus Ewing conceded that there were real problem’s with the CAP.

“Paying people purely for the land they hold doesn’t encourage innovation,” he said. “It doesn’t reverse the decline in the numbers of livestock”.

However, he cautioned that the Scottish Government had not been allotted the funds that could possibly make up for the scale of investment made in Scottish agriculture and rural communities by the EU.

“On the other hand, it has had been a good financial friend to rural Scotland, to the tune of £550 million,” he said.

“Will the Scottish Government pay for this post Brexit? Bear in mind we don’t have that kind of money,” he added.

“I’ve been challenging Michael Gove to at least match the EU funding,” he added, saying the UK Government “promised to match or increase” existing funds from the EU.