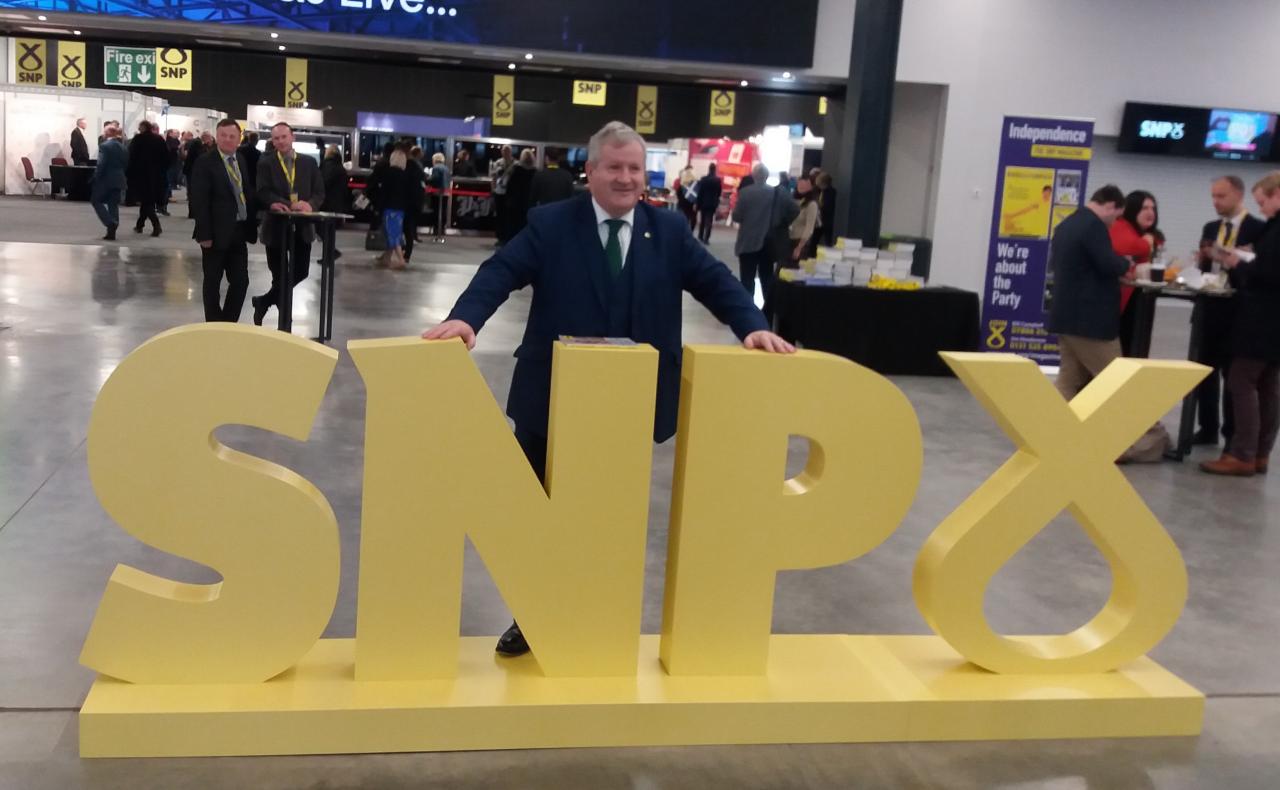 DIVISION over a potential ‘Plan B’ for Scottish independence has taken centre-stage on the opening day of the SNP’s autumn conference in Aberdeen.

Ahead of the party conference, numerous reports suggested that SNP rebels were planning to force a debate on possible alternative strategies for achieving independence, should the UK Government continually refuse to grant a Section 30 order – the current position of Prime Minister Boris Johnson, upon which he has thus far refused to countenance any compromise.

As was previously reported, SNP senior councillor Chris McEleny brought a topical resolution to delegates demanding a debate on Plan B, shortly after SNP Westminster leader Ian Blackford used his opening address to the conference to offer a firm repudiation of the notion.

Addressing delegates this afternoon [13 October], McEleny said: “The piece of business I wish to add onto the agenda is a debate on an independence Plan B. I think that, as a democratic political party, it’s absolutely legitimate that we, the grassroots members of this party, have at least the opportunity to debate a Plan B at our party conference.

“Plan A is the plan that we want to have. We have a triple-lock mandate for an independence referendum. What do we benefit from a quadruple-lock mandate, or even a fifth or a sixth, continually winning elections, when we have a usurper prime minister in Boris Johnson who refuses to accept the democratic mandate of Scotland? That’s why I support a Plan B, and why we should at the very least have a debate on it.

“What is Plan B? Plan B is: Boris Johnson, the unelected Tory prime minister – if he refuses to give Scotland a Section 30 order, so that we can have the referendum we have the mandate for, then a majority, a pro-independence majority – at the next election should be a mandate to enter straight into independence negotiations with the UK Government.”

Speaking ahead of McEleny, Blackford said: “The way to deliver independence is in a legal referendum that will be accepted and recognised by our European and international partners.”

Blackford highlighted today’s Panelbase poll for the Sunday Times Scotland, which showed that support for independence among Scottish voters has risen to 50 per cent. The survey also found that a majority of respondents believed that the Scottish economy would be better off with independence in the EU than with the UK post-Brexit.

Blackford continued: “So, when you hear talk of a so-called Plan B, I ask you to consider this: The time to talk of a Plan B is not when Plan A has momentum. And make no mistake – with rising support for independence and a general election on the horizon, we have that momentum.

“The time to talk of a Plan B is not when Plan A has momentum.” SNP Westminster leader Ian Blackford

“Plan Bs are by definition second best. That’s why our opponents would love us to shift onto that ground – it concedes their right to block the best route to independence. And they will always settle for second best for Scotland.”

Speaking to Sky News this morning, Blackford also endorsed a second independence referendum taking place in 2020, and cautioned UK Labour leader Jeremy Corbyn that he should prepare for such a plebiscite in the early days of his government, should he become prime minister following a snap General Election.

Blackford said: “I’d simply say to Jeremy Corbyn that we have a mandate for an independence referendum already that was won in the 2016 election, the election to the Scottish Parliament that the SNP won. And there is an independence majority within that parliament.

“We’re putting legislation through the Scottish parliament now that will enable that to take place. That referendum should take place in 2020.”

Blackford’s comments follow First Minister Nicola Sturgeon’s statement earlier today apparently confirming that she would be requesting a Section 30 order from the UK Government within “a matter of weeks”.

Speaking on The Andrew Marr Show, Sturgeon said: “I am putting legislation through the Scottish parliament right now to put the rules and regulations in place. I’ve said as recently as a few weeks ago that as legislation progresses, we will make request for a section 30 order. We see rising support for independence.”

“It is coming soon,” Sturgeon added.