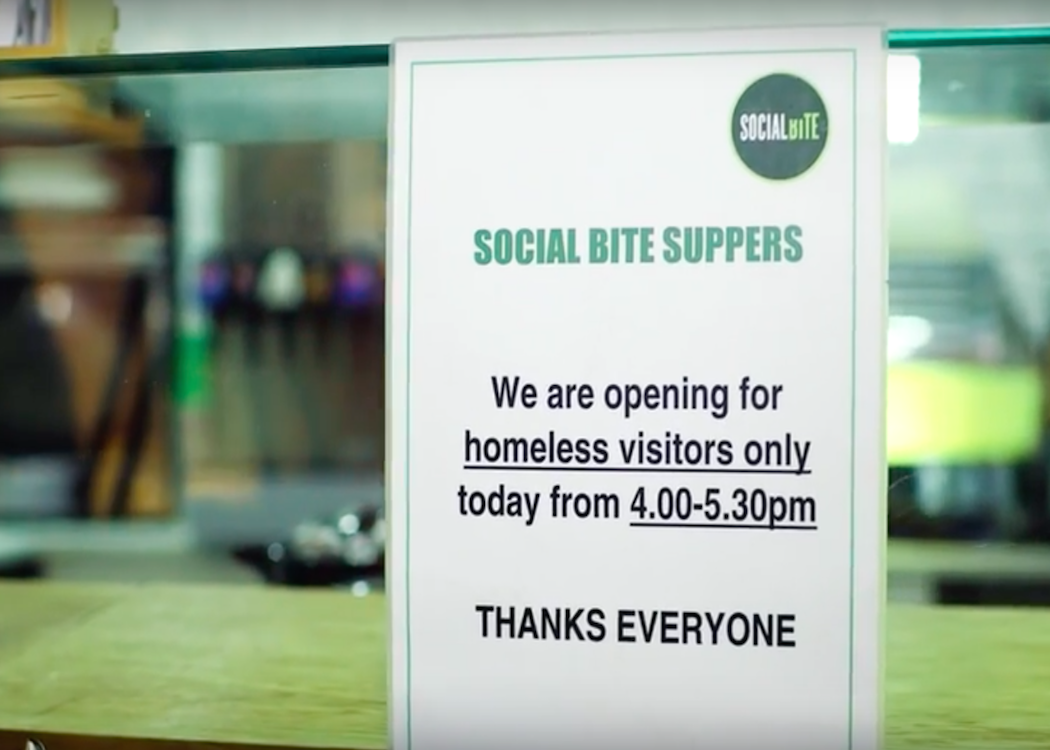 A video promoting the company’s Christmas appeal includes a clip of Clooney putting in the first fiver when he visited their Edinburgh premises in November this year.

In the clip actor and activist Clooney said: “I’m giving PS5 to pay it forward at Social Bite. I hope you do too.”

The innovative scheme allows people to purchase hot drinks and meals for people who are homeless, and last year the Christmas dinner appeal was a runaway success. Social Bite had hoped to sell 800 dinners in order to provide meals on Christmas Eve and Boxing Day. Collecting donations via Itison.com , they received money for 36,000 dinners, meaning meals could be available every single day of the year.

Social Bite, which has shops in Glasgow and Edinburgh, subsequently opened premises in Aberdeen
and hired more staff, a quarter of whom were homeless themselves.

This year’s Christmas appeal is two-fold: as well as buying meals for the homeless in Scotland, people can also help refugees in Europe.

On Boxing Day the team will set off in a convoy of vans, heading for camps at Calais, Lesbos and the Croatia/Serbia border. They’ll distribute PS5 food packs and warm clothing donated by outdoor clothing company Trespass.

“It’s about reaching out the hand of compassion, saying ‘We’re with you, not against you’ “, said Social Bite co-founder Josh Littlejohn. “We’re asking people to join us this Christmas – to help the homeless on their own doorstep, and help refugees further afield.”

Other drives to help refugees in Scotland include charity Positive Action in Housing’s appeal to collect donations for destitute asylum-seekers currently living in Scotland.

Donations can be made to fund PAIH’s crisis grant scheme, and a list of urgently-needed food and toiletry items is available at Postive Action in Housing , where people can also sign up to the ‘Room for Refugees’ scheme to offer a spare room to a destitute individual or family.