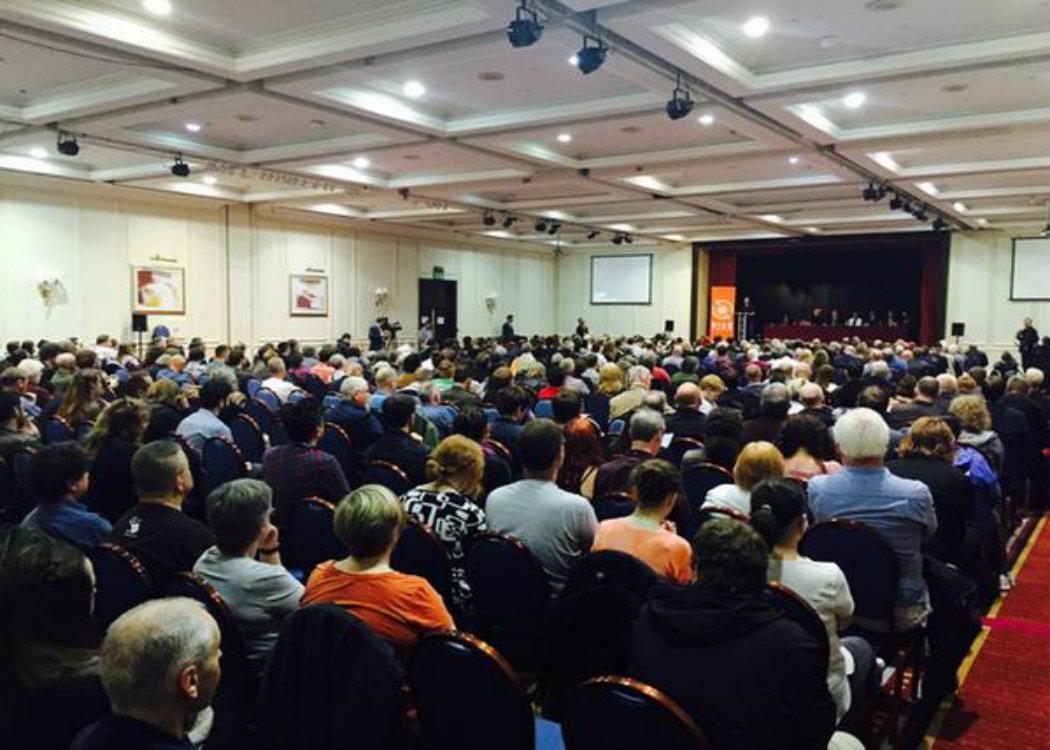 THE new electoral alliance Rise (Respect, Independence, Socialism and Environmentalism) launched its conference at the Glasgow Marriott with a pledge to target next May’s Holyrood elections with a socialist, pro-independence message.

The conference, combining workshops, international speakers and panel sessions, was attended by over 600 people in what Scottish Socialist Party leader Colin Fox described as “the most significant left-unity project in a generation”.

The coalition emerged after eight months of negotiations between the Scottish Socialist Party and the Scottish Left Project.

Conference organiser Johnathon Shafi, who was also pivotal to the Radical Independence Campaign, said: “This is the broadest and biggest launch of an electoral challenge of the radical left in Scotland we have seen. We believe we can take the momentum from today right up to May next year and put socialist politics back at the heart of the Scottish Parliament where it belongs.”

The group will aim to win seats in the Scottish Parliament regional list system.

However, the Scottish Green party will also run socialist and environmentalist candidates, and polls have so far predicted the Greens are most likely to increase its share of MSPs.

Speaking at the opening in the main hall Cat Boyd, who rose to prominence during the referendum campaign, attacked right-wing media and politicians who, she said, demonise the poor and the vulnerable.

The Labour Party, despite the recent rise of Jeremy Corbyn, had “spat on the memories of James Maxton & Keir Hardie by standing shoulder to shoulder with the Tories” during the referendum.

Supporters also heard from playwright Alan Bissett and MSP Jean Urquart, who urged Rise to reach out across Scotland and value important questions of history and culture.

Pinar Aksu, human right activist, addressed the ongoing refugee crisis across Europe and called for humanitarian support for those fleeing war and persecution.

Tam Brotherston, a veteran of the Upper Clyde Shipworkers struggle to save industry in the 1970s, led the event in a sining of The Internationale.