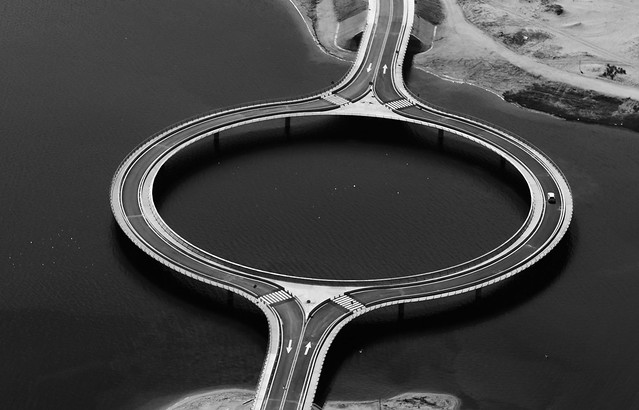 “We do not inherit the earth from our ancestors; we borrow it from our children.” American Indian Proverb

The following article presents a viable solution to the current catastrophic breakdown of the planet’s ecology due to human activity. The science is incontrovertible – unless we take action, then the interconnected ecosystems of our planet will deteriorate to the extent that human life is no longer viable, or can only exist in the most inhospitable of conditions at best.

What needs to be understood is that at the basis of ecology is economics. As long as we perpetuate an economic system which has profit as its driving force, then the planet’s natural resources will continue to be exploited until there is nothing left to exploit and human life can no longer be sustained. We are tied into an economic system which can only lead to our destruction.

“The earth we abuse and the living things we kill will, in the end, take their revenge; for in exploiting their presence we are diminishing our future.” Marya Mannes

In this article we are proposing an economic model which must be enacted on a global scale, whilst acknowledging that action must be initiated by national governments supported at a local level. No one government can act alone as we are locked into a global economic endgame and there has to be global consensus for action and change, as acknowledged by Halliki Kreinin, of the Institute for Ecological Economics in Austria, who notes that: “…..common policies are needed because no country can take independent climate action without retribution from our globalised economic system.”

These two principles are as follows:

– Every nation must strive to become self-sufficient.

– What is surplus to the national need should be bartered internationally.

From these two simple principles, everything else will follow. We will return to the natural cycles of growth and production, with profit removed as the driving force for our activity. We will all have to work together collectively for the good of our society and the greater good of the planet. Land and property will need to come into public ownership, and although money will still be necessary, it will only exist as a means of transaction and not as a fiat currency for the express means of profiteering. Private motorcars will become obsolete as they will no longer be viable, and an integrated public transport system will need to be created. A person will be judged on the contribution they are able to make to society and not on how much wealth he or she may possess, or on any artificial notion of “standing” in society; class distinctions will dissolve. The benefits of self-sufficiency are multifold, with everyone, at local and national level, having to live within their means. Such nations are unlikely to produce and consume more energy than is reasonably required, and a circular economy is established.

Of course, for some nations it will be impossible to become entirely self-sufficient due to a lack of natural resources, or at times of natural disasters, such as drought etc. If we have a system whereby surplus to the national need is bartered internationally, then whatever excess is left over from a traded exchange, can be given freely. The international exchange of goods would be based on need and not profit. The power of multinationals to plunder the planet’s resources in their never-ending quest for profit will be neutered, and they will, in fact, disappear altogether.

One of the ambiguities, however, of these two principles which we need to elucidate is the definition of a nation. A nation should be based on historicity and the democratic wishes of the local populace on how best to manage their natural resources. If we take away greed, profiteering and exploitation from international relations then people will be free to define their nations as they see fit. A larger nation will no longer have the power or the need to dominate a smaller nation in order to exploit the natural resources of the smaller nation, because the power to exploit has been removed by removing an economic system based on profit and war will no longer be tenable.

It is worth noting that our first principle implies that nations should strive to become self-sufficient in all areas of civic life, and this would include waste management, with ideally zero waste going to landfill. Everything will need to be recycled or transformed in use. A drive to self-sufficiency and away from profiteering will eliminate the need for polluting energy sources, such as petroleum, and instigate the move to green energy sources, such as wind, solar and tidal power.

It is intended that the two principles outlined in this article provide us with a climate emergency pathway. But how do we initiate this economic model, bearing in mind that it requires all nations globally to collectively accept this as the solution and to act together simultaneously to implement these principles? We are suggesting a global consensual revolution, which is as much a revolution of the mind and the conscience, as it is a revolutionary move to a new economic model. And this must be done through acceptance and understanding. A day should be chosen in the not too distant future (certainly before the end of 2020) when all nations agree to implement these two principles. This day could perhaps be called “Earth Realignment Day”. Of course it would not be without its problems, and we would all need to make sacrifices, but humans have a remarkable capacity for pulling together in times of trouble. The spirit of comradeship would be akin to that generated during wartime or during times of extreme weather for example – the only difference with “Earth Realignment Day” is that this spirit of comradeship, fraternity and solidarity would be felt and reciprocated the world over.

And over time once this economic model becomes embedded, we would again live in harmony with nature, with each other and the cycle of the seasons. Our relationship to the land would be like that of all the ancient peoples. We have to remember that as human beings we need very little to survive: fresh air to breath, clean water to drink, food to eat, clothes and shelter. We are living far beyond our means and technology has advanced to the extent that it is well beyond our ability to control safely.

“Our scientific power has outrun our spiritual power. We have guided missiles and misguided men.” Martin Luther King

I would also like to think that from this impending catastrophe, and the steps we take to avoid it, a new humanity will be born. Non-violence should be practiced in all its forms, and violence, such as violence towards animals for their consumption, should be legislated against. All animal culling and slaughter would cease and we would return to a vegetarian based diet.

Unfortunately in terms of climate change we may already have passed the point of no return. But we cannot give up the fight for the sake of future generations, and we have to remember that nature has the same remarkable ability to regenerate, as the human body does to heal. If we look at mathematical modelling alone, it is beyond dispute that population growth, the depletion of natural resources, continued use of fossil fuels, destruction of the rain forests etc. etc. is hurtling us towards doomsday at an incredible rate. This is why we have to act now. We have a duty to act not just for our children, but as the dominant species which has brought about this disaster. What is the purpose of life? If we remove all selfish aspects of this question, then surely the purpose of life is to leave the world a better place than when we came into it? We are, after all, only tenants on this planet. It should be borne in mind that we were once a noble species and it would be gratifying to think that by acting to save the planet we will regain our nobility. As Lewis Grassic Gibbon keenly observed: “War, cruelty, exploitation – all man’s inhumanity to man is a thing imposed by civilisation, not sprung from innate savagery.”

With special thanks to Dr S.P.F. Milligan for his help and guidance.