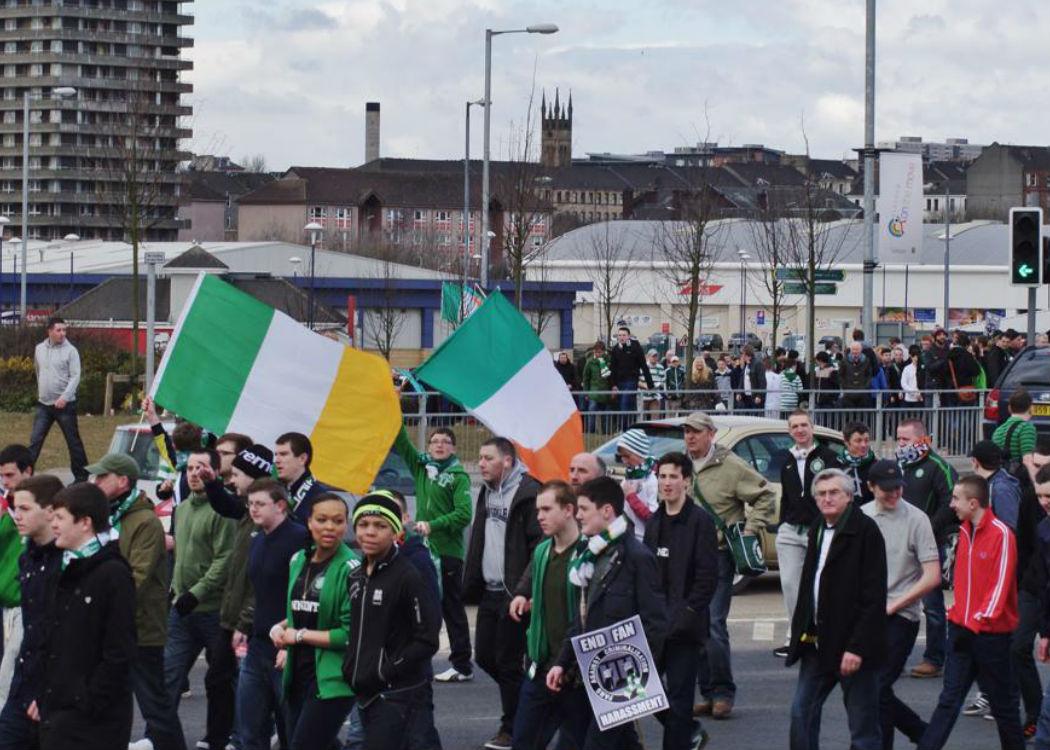 Appeal to the European Court of Human Rights could follow

ONE OF SCOTLAND’S top judges has said that the singing of a popular song commemorating the Irish hunger strikers of 1981 would be regarded by a reasonable person as threatening and offensive.

Lord Carloway, who is the Lord Justice Clerk, gave the opinion after two men appealed that their human rights had been contravened after being convicted of singing Roll of Honour under the controversial Offensive Behaviour Act.

William Donnelly and Martin Walsh were convicted under the legislation after singing the song at a match between Hibernian and Celtic on 19 October 2013.

The song, called Roll of Honour, commemorates 10 Irish hunger strikers who died in the Maze prison in 1981 after refusing food to demand political prisoner status. They were led by Bobby Sands who was elected as an MP to the House of Commons before he died in the prison.

The men were granted leave appeal with lawyers arguing that they might not have been aware that the song could be regarded as threatening or offensive and thus leave them open to criminal conviction.

The appeal centred around Article 7 of the European Convention on Human Rights that states that an accused must have a right to know with sufficient clarity the nature of the crime.

The men’s lawyers argued in court that it is not clear which songs are deemed unacceptable under the Act.

However, Lord Carloway claimed that the pair were “well aware of what they were engaging in”.

Scotland’s second top judge said: “The appellants must be presumed to have been aware that, in terms of the section, behaviour at a football match would be criminal if it involved conduct which was threatening or such that a reasonable person would be likely to consider offensive and if that conduct was likely to incite public disorder.”

When the appeal was thrown out last month, Jeanette Findlay, spokesperson for Fans Against Criminalisation, told CommonSpace that they planned to take their case further (click here to read more).

Findlay said: “We are confident these convictions will be overturned when they go to Strasbourg or London.

“The human rights abuses inherent in this law and its implementation have already been recognised by the Scottish Commission for Human Rights and the UK and Scottish Government are having to answer for that.

“This case illustrates yet further the fact that this law is not human rights compliant and will ultimately have to be appealed.”

In February last year, Roll of Honour reached the UK Top 40 Singles chart a campaign by Fans Against Criminalisation to highlight their opposition to the Offensive Behaviour Act.