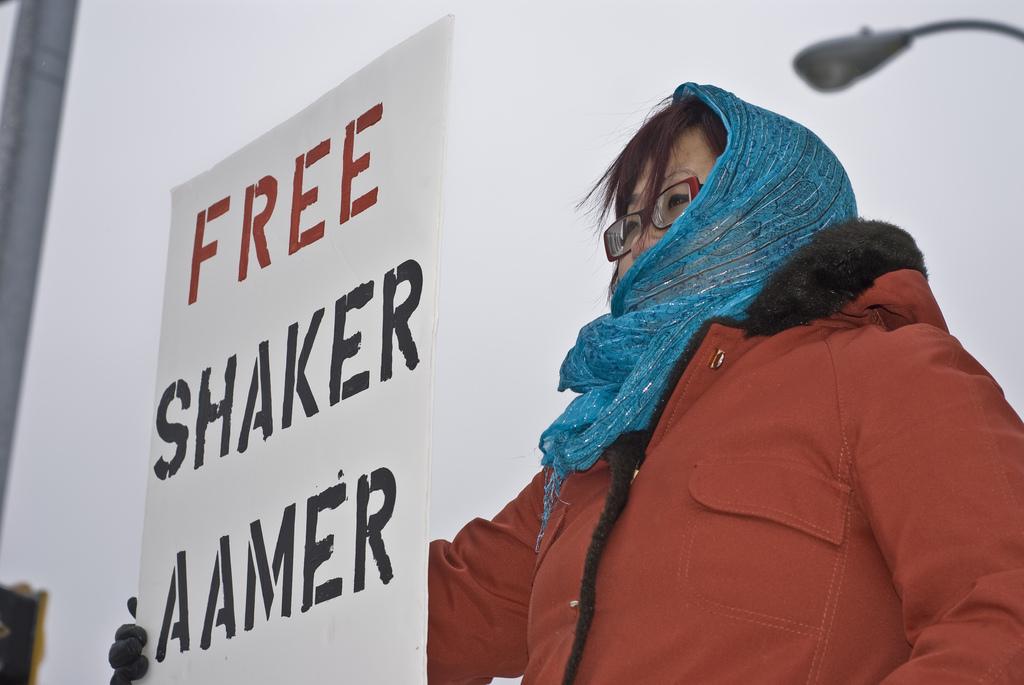 Shaker Aamer was cleared for release in 2008, but sons fear he will never be able to come home to their family

THE sons of Shaker Aamer, a British citizen who has been detained without charge in Guantanamo Bay maximum security prison for 13 years, have spoken for the first time about their father’s plight, saying “It’s like there is a part of our heart that is missing.”

Shaker Aamer was cleared for release from Gauntanamo in 2008, but there has yet to be any explanation as to why in the seven years since he has not been released.

Shaker Aamer has a wife and four children, one of which, Faris, was born on Valentine’s Day 2002, the same day Shaker entered Guantanamo prison.

“It’s upsetting and quite shocking that I’ve never met him in my entire life,” Faris Aamer told Sky News.

Fifteen-year-old Michael Aamer said when it was announced that he was cleared for release “we thought there might be a chance for him to come home, but it just kept getting delayed”.

“We just felt more sad because nothing happened. We’ve seen other people with their parents… seen how they enjoy themselves, how they’re so close to them.

“It’s like there is a part of our heart that is missing because we’ve been yearning for him to come home for many years and nothing’s happened yet,” he added.

Shaker Aamer was moved to Guantanamo in 2002 on Pentagon claims of having links to Al-Qaeda after being picked up in Pakistan, but his lawyer says he went to Afghanistan in 2001 as a humanitarian worker and the displacement of the US war in 2001 is what led him to Pakistan.

The lawyer denies all the charges against Shaker Aamer, claiming the allegations are a result of torture or false confessions to gain rewards.

“The most obvious person in the entire world to release is Shaker Aamer because he would be coming to the country with the best record of released prisoners, Britain,” Shaker Aamer’s lawyer, Clive Stafford Smith, said.

“And he would be coming to a place where we know his human rights are going to be respected, and he’s been cleared for eight years, and he’s got a wife and four children. What on earth is the argument against it?”

Guantanamo spokesman Lt Col Myles Caggins told Sky News: “In 2009 Shaker Aamer’s detention status was reviewed. As a result he was placed in a category we call ‘eligible for transfer’.

“At some point in the future we will find a new home for him to be repatriated or resettled to.”

Michael Aamer responded Caggins remarks by stating: “I feel very sad because the man said they were going to try to find him a home, but his home is here in London with his family.”

There are rumours that Shaker Aamer will be moved to Saudi Arabia on release, where he was born, because he would be less likely to speak about his time in Guantanamo.

“He always makes jokes. He lightens the mood a lot of the time.”

In recent years the International Red Cross has organised Skype video calls between Aamer and his family.

“We were all very excited,” Michael Aamer said of the first Skype call.

“We were very energetic. We couldn’t wait to see him. And then when the call finally happened, we couldn’t believe it was actually him.

“His voice. We hadn’t heard it for such a long time.

“It was very surprising to hear his voice again. It was a shock. Skype has been very good at lifting our hopes up again because we’ve been able to speak to him, see how he’s doing, and he’s a very funny person.

“He always makes jokes. He lightens the mood a lot of the time. We talk about what’s going on in our lives, how our education is.” Michael Aamer added.

Guantanamo Bay has been widely castigated by governments and international human rights groups for flouting human rights law in its use of torture and detention without charge.

Moazzam Begg, who was detained in Guantanamo between 2002 and 2005 before being released without charge, has stated that he witnessed the widespread use of torture in the camp.

President Obama declared that he would shut down Guantanamo Bay in 2008, but has not delivered on the commitment.