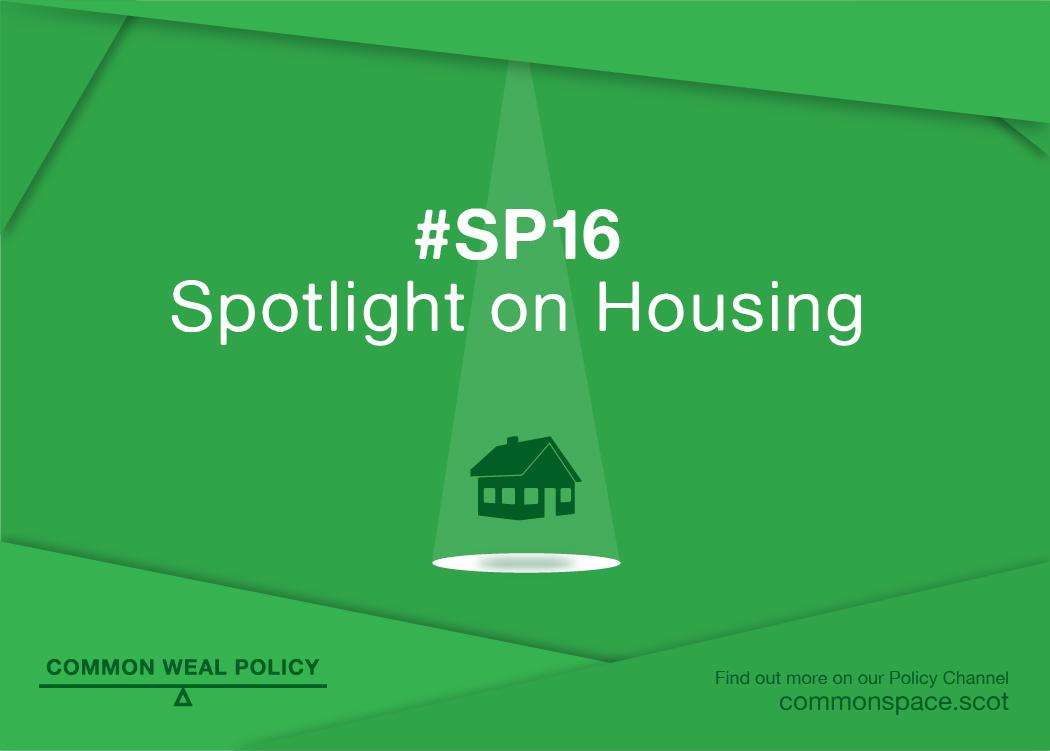 In the second of a series of pre-election briefing sheets on housing in Scotland, researcher Leah Aaron looks at the poor energy efficiency ratings of Scotland’s homes and what can be done about it

SCOTLAND’S 2020 commitments to renewable energy are commendable – 57.7% of the electricity used to power homes and businesses came from renewable sources in 2015. But how much of that electricity is wasted? The average Energy Efficiency Rating of a Scottish Home is a grade ‘D’, translating to around a 40% deficit in its energy & money saving potential. This gap results in homes being much more expensive to heat and run. It is therefore no surprise that Scotland has a huge problem with fuel poverty: around 42% of Dundee households spend more than 10% of their income on fuel.

Despite many in Scotland living in (supposedly more energy efficient) flats, the age and condition of our housing stock means that many endure winters of cold, damp misery. High ceilings, single glazing and a lack of roof and cavity wall insulation all contribute to nearly a quarter of people feeling that their heating system kept them warm ‘only sometimes’ in winter.

The poor ventilation in many homes mean that condensation, and therefore damp, can build up, causing mould and exacerbating poor energy performance. In terms of disrepair to critical elements (parts of the building that are essential to its structure, stability and weather-tightness) 53% of Scottish homes reported issues in 2014.

Though the Scottish government has made support available to homeowners to improve the energy performance of their home, there is much less support available to private tenants, for whom the much vaunted ‘smart meters’ to track energy usage are often unavailable. This leaves many already economically vulnerable students and younger people paying through the nose for inefficient utilities.

Poor air circulation and the preponderance of gas boilers means that CORGIHomePlan, a central heating firm, estimates that 1 in 11 Scots have suffered carbon monoxide poisoning at some point in their lives. Rickety individual heating systems and the dearth of alarms in private homes, particularly those in the rental sector, have resulted in what the Health & Safety Executive considers to be a massively underreported problem.

Despite large investment in the renewables sector, the price of energy is still high. In the past decade the price of heating a home has climbed 3 times faster than income, according to the Scottish government. A privatized energy market means that wholesale savings in the cost of energy- such as the recent drop in the price of oil- have not been passed on to the consumer.

Numerous studies have shown that council housing tends to be less wasteful than that built by private sector developers- they hover around a grade ‘C’ as opposed to a ‘D’. Some have argued that a concentration on profit margins means that developers tend to stick to the minimum level of efficiency required- made worse by the ‘performance gap’ that means a building is on average 5-10% less efficient than anticipated when designed, according to the Zero Carbon Hub.

As researcher Dr Craig Dalzell has pointed out , the Passivhaus housing model – a German near zero-carbon energy effiency standard – can “reduce a house’s heating requirements to below 15 kWh per square metre per year. By comparison the average Scottish house requires 140 kWh per square metre to keep it warm.”

As Dalzell adds, hearting efficiency “needs to be stressed” for the sake of the planet:

“With heating making up 55% of Scotland’s overall annual energy demand and only 10% of that heating coming from renewable sources (including renewable electricity) then it is clear that this is the area which, if targeted, will have the most potential to reduce our requirement to run a carbon based economy.”

Technological development is making this affordable. Cardiff University have shown that a zero carbon home that actually exports energy to the grid can be built at the same cost as regular social housing.

– District heating – an old idea popular in the former eastern block and post-war London, where heating is centralized and transported throughout the neighborhood through pipelines. Cheaper, cleaner and more efficient than conventional individual gas boilers, significant investment would be needed to make it happen across the country.

– An investigation and analysis of low-cost, high performance housing in other countries and more stringent building regulations should be put into law.

– The building of new social housing to the Passivhaus standard for energy efficiency in new-builds.

– Support and advice for tenants on saving energy in the home- advice lines, national campaigns and smart meters, and ways to make landlords carry out home improvements.

– Greater emphasis on tackling fuel poverty and the establishment of greater public investment (possibly including a national energy company or non-profit/community energy suppliers) to ensure that people are getting the best tariffs.

Existing Homes Alliance Scotland has stated that a four times increase in investment is needed to meet the target of no damp or draughty homes by 2020. Will your party commit to that?

What do you think are the most compelling ways to get people engaged with energy efficiency at home?