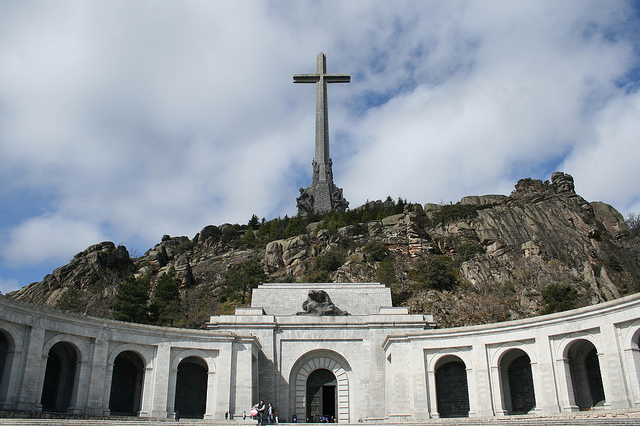 OVER 180 high-ranking officers of the Spanish military have published a public statement demanding respect for former fascist dictator General Francisco Franco, following moves by the new Spanish Government to exhume his remains.

The declaration – titled ‘Statement of Respect and Amends for General Francisco Franco Bahamonde, a soldier of Spain’ – was this week sent to the government of Prime Minister Pedro Sánchez, as well as being published online and in the Madrid newspaper Ok Diario.

The statement’s signatories include 29 generals, a former admiral, 105 colonels, 15 lieutenants, and various commanders and captains within the Spanish navy, though it has been reported that many are retired and none are currently on active duty.

Denouncing what they describe as an “reckless campaign” on the part of the “political left” to discredit Franco, the Spanish officers argue that “paying tribute to the heroes who forged Spain and everyone who gave their life for this country is a debt of gratitude and a stimulus to continue General Franco’s work.”

The statement continues: “Following the permanent attacks on the memory of Franco since his passing, and by erasing – slowly but steadily – any trace of the general’s work for Spain’s sake during the historical time he had to live through, the political left and their friendly media have unleashed a reckless campaign that would boggle the mind, were it not for their bent-on-revenge obstinacy to erase half a century of our history by attempting to wipe away for good the main architect of the survival of that history”.

The Francoist declaration is the latest high-profile indication of fascism’s enduring legacy within modern Spain, further highlighted over the past month by the controversy that has greeted plans to exhume Franco’s body from the the Valle de los Caídos, or Valley of the Fallen, the state-funded mausoleum in the north of Madrid built by the slave labour of convicts, including many Republican prisoners from the Spanish Civil War which brought Franco to power.

Responding to the Spanish Government’s intentions, over 1,000 Francoists rallied outside of the dictator’s tomb, singing ‘Cara al Sol’, the anthem of the fascist Phalange party, whose founder Jose Antonio Primo de Rivera is also buried within the mausoleum. Other protestors carried the flag of Spain under Franco, gave fascist salutes, and chanted “Catalonia is Spain”, and “Spaniards yes, refugees no.”

The mausoleum was constructed during Franco’s reign – which extended from the 1939 victory of Franco’s nationalists in the Spanish Civil War to the dictator’s death in 1979 – and was partially built by convicts, many of whom were Spanish Republican prisoners, in what some have characterised as slave labour.

The Sánchez administration, which has also attempted to outlaw pro-Franco groups, has argued that the removal of  Franco’s remains would aid Spain in coming to terms with its past under fascism.

“Our democracy will have symbols that unite citizens, not ones that separate them.” Spanish Prime Minister Pedro Sánchez

Sánchez told the Spanish parliament in June: “A country that looks to its future needs to be at peace with its past. Wounds have remained open for many years, too many, and it’s time to heal them. Our democracy will have symbols that unite citizens, not ones that separate them.”

However, the legacy of Francoism in Spain has increasingly been invoked since the violent attempted suppression of the Catalan independence referendum of October 2017.

Following the withdrawal of the European Arrest Warrant for exiled former Catalan minister Clara Ponsati, Ponsati’s lawyer Aamer Anwar challenged the Spanish Government to reject what he has characterised as Francoist behaviour, telling press last month: “If Prime Minister Sánchez is not dictated to by the ghost of Franco and is genuinely interested in a political solution [in Catalonia], then he must move to release all political prisoners and allow the return of all exiles without condition.”