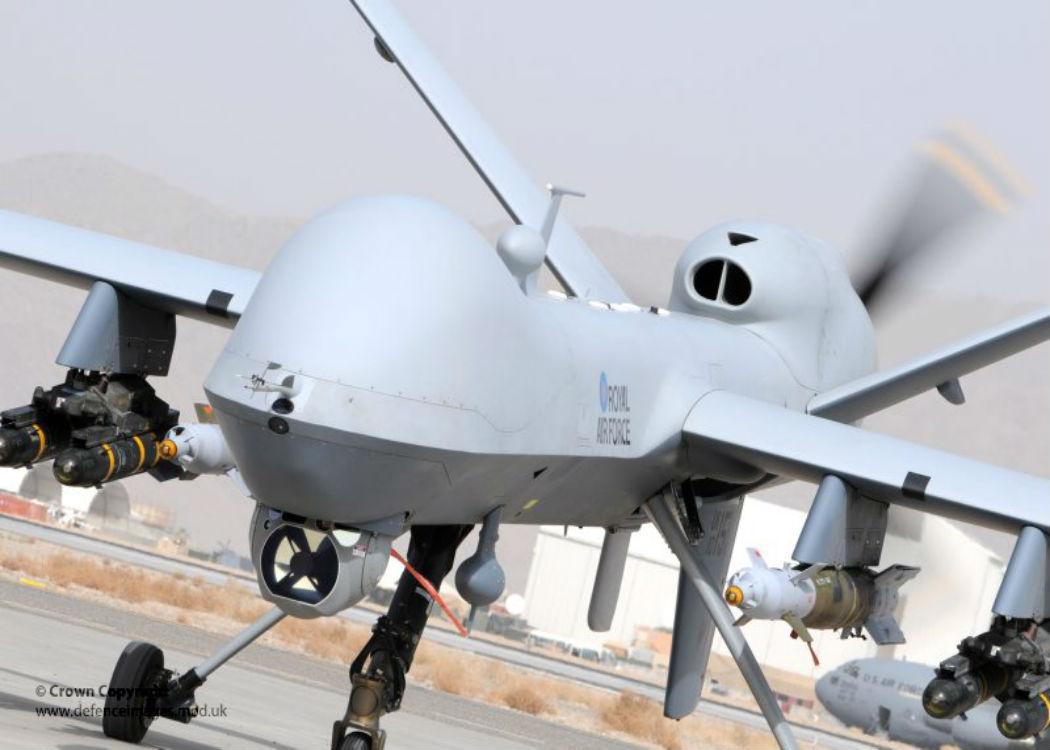 Military spending to focus on special forces, drones and counter-terrorism

DRONES, special forces and counter-terrorism are to take priority in the UK’s military spending, suggesting Britain is preparing to commit to further foreign military action.

The surprise announcement in the 2015 Tory budget committed the UK to spending two per cent of GDP over the next 10 years on the military, in line with Nato obligations, though the exact breakdown of that funding is still to be discussed by Downing Street and the military and intelligence agencies.

The Guardian reports that Prime Minister David Cameron will visit RAF Waddington today, the base from where the UK’s Reaper drone missions are flown over Syria and Iraq, where it is thought he will say: “Now we know how much we will spend, what matters now is how we spent it.

“I have tasked the the defence and security chiefs to look specifically at how we do more to counter the threat posed by Isil [Islamic State] and Islamist extremism.

“This could include more spy planes, drones and special forces.” David Cameron

“This could include more spy planes, drones and special forces. In the last five years, I have seen just how vital these assets are in keeping us safe”, Cameron continued.

The Guardian also states that Cameron wants the defence spending review to prioritise terrorism, Russia’s increasing self-confidence, extremism and threats from cyberspace as the biggest threats facing the UK.

It is thought that Cameron will invite Harriet Harman, the interim Labour leader, and Vernon Coaker, the shadow defence secretary, to a meeting of the National Security Council in order to brief them on the government’s military position on Syria.

Such an invitation could suggest that the government is building up support for a possible Commons vote on air strikes in Syria, reports the Guardian.

The government lost a vote in 2013 which would have seen Britain bomb Syria, and Cameron’s visit to RAF Waddington is seen as part of the government’s desire to reaffirm its commitment to military action in Syria.

Although the RAF has not carried out air strikes in Syria, it continues to provide logistical and surveillance support.

Although the RAF has not carried out air strikes in Syria, it continues to provide logistical and surveillance support. Britain has already taken part in air strikes in Iraq, which Tony Blair’s New Labour government invaded and occupied in 2003.

Figures of those killed as a result of the US and British invasion and occupation of Iraq vary, from 100,000 dead, to one million dead, with the Lancet medical journal putting the human cost at 654,965 Iraqi dead, up to October 2006.

The issue of Russia’s support for the government of Bashar al-Assad is also a factor in the UK Government’s strategising for future military action in Syria, as Russia continues to support the Assad government. Any potential negotiated end to the war in Syria would likely rely heavily on Russia’s support.

The Syrian Observatory for Human Rights has estimated that 230,618 Syrians have been killed between 15 March 2011 and 8 June 2015, with the UN estimating a similar number of deaths, and nine million refugees, including internally displaced peoples.

Reaper drones are the UK’s fleet of armed drones.

Reaper drones are the UK’s fleet of armed drones, or Unmanned Aerial Vehicles (UAVs) as they are sometimes called, and have been used in Iraq and Afghanistan for both surveillance and the launching of Hellfire missiles.

UK MoD figures from 2008 to 2014, the last reported use of Reaper drones in Afganistan, put the number of missile launches from UK Reaper drones at 459.

Drone strikes by the RAF in Iraq from November 2014 to January 2015 were estimated to stand at 31.

Picture courtesy of the UK Ministry of Defence